Road pricing aims to put a value on motorists’ use of roads while providing market signals for constructing and maintaining the infrastructure. It also encourages efficient road-use behaviours by placing a direct charge on motorists’ actual use of roads.

Based on projections by BITRE, congestion associated with “business as usual” road use is likely to cost $30 billion by 2030. This cost is avoidable if a system of road-use charging is introduced, and Victoria’s electric vehicle (EV) road-use charge is an important first step. However, claims by the EV lobby that a charge on EVs is a tax on “clean air” that stifles the uptake of EVs are overstated and likely to embed inefficient road use behaviours for the foreseeable future.

The concept of road pricing has its origins in the 1920s with the economist Arthur Pigou and was developed further in the 1960s by William Vickrey who advocated a system of road use and congestion charging. But by the time the automobile was in general use, it was politically difficult to force voters to pay for the use of roads which, in the absence of point-of-sale pressure, had come to be viewed as public goods and therefore ‘free’.

Drivers of conventional vehicles pay an imprecise user charge in the form of the federal fuel excise, currently at 42.7 cents per litre. The more efficient the vehicle, the less fuel excise the motorist pays. Drivers of EVs do not pay the fuel excise, but Victoria is planning to introduce a road-use charge on EVs at the rate of 2.5 cents/km and 2.0 cents/km for plug-in hybrid vehicles.

In the 1970s, the Bureau of Transport Economics recognised the importance of road pricing but acknowledged that distance-based road-use charges were politically unpalatable and therefore unlikely to be introduced. However, technological advances create critical junctures where policy change is possible if governments have the appetite for reform. Victoria’s move to distance charging for EVs replaces the soon-to-be-obsolete fuel excise and prevents EV drivers from being ‘free riders’.

Initially, the Victorian government will use revenues from EV road-use charges to fund infrastructure to encourage the use of EVs, including recharging stations and making infrastructure ‘EV ready’. Registration fees for EVs and hybrids are also discounted. Similar incentives for EVs are in place in other jurisdictions, including access to free or low-cost recharging stations. But reduced environmental impacts provide one of the major incentives for purchasing an EV.

Australia’s take-up of EVs has been slow compared to other developed nations such as Norway. But the tyranny of distance and the pandemic have taken their toll on EV sales here and elsewhere. Australia’s comparatively low take-up at just 0.7% of all light vehicles is similar to Canada’s take-up of less than 1%. Canada manufactures EVs and has introduced federal cash rebates to promote EV sales. Yet the uptake in Canada has remained low and is not expected to meet federal targets set for 2025.

Research conducted by KPMG in Canada found that EV purchases were motivated primarily by environmental concerns and lower operating costs. While tax incentives for purchasing EVs were desirable, other concerns about the higher purchase cost, reliability of batteries, long charging times, and doubts about the ability to travel long distances and access to relevant charging infrastructure were the major reasons motorists were reluctant to purchase an EV. A survey by the RACV arrived at similar findings in Victoria.

To put Victoria’s EV use charge in perspective, and based on the ABS’s average of 12,400km p.a. travelled by motorists in Victoria, the road-use charge will cost EV drivers on average $310 p.a.

Victorian motorists driving an average conventional vehicle pay approximately $588 p.a. on average in fuel excise (in addition to the cost of fuel). Based on the ABS’s average fuel consumption of 11.1 litres/100km of fuel, the average motorist in Melbourne paying 155.6c per litre (as at 11 May 2021) pays on average $2142 p.a. in fuel costs.

To use a Nissan Leaf EV as an example, and to use its lower battery-only range of 315km on a full charge and a cost of $16 for a full recharge, a Nissan Leaf driver will save on average $1201 p.a. in running costs even with the 2.5 cents/km applied.

On average, then, EVs provide a comparative saving on the running costs of fuel and fuel excise even with Victoria’s road-use charge applied.

According to many transport and infrastructure experts, the move towards road-use charging is long overdue. Current low levels of EV use provide an opportunity to derive benefits from this critical juncture. Transport policy reform will result in changed road-use behaviours before fuel excise revenues dry up and the perception of ‘free’ roads becomes re-embedded in EV technology.

Political satirists have been vocal in suggesting that people are not averse to paying road-use charges sometime in the future, but not until after EV use is the new norm. However, history suggests that once a new technology becomes embedded, it is difficult to change the habits that form around its use.

Lobbyists draw a long bow by claiming that contributing some $310 p.a. for using public roads will prevent the take-up of EVs. If we are serious about the environment, then the price is worth the cost. 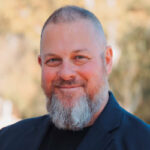 Dr Michael de Percy FCILT is Senior Lecturer in Political Science in the Canberra School of Politics, Economics, and Society at the University of Canberra. He is a graduate of the Australian National University (PhD) and the Royal Military College Duntroon (RAA Prize 1993), and he is a Chartered Fellow (FCILT) of the Chartered Institute of Logistics and Transport. Michael maintains a blog on his research, teaching and community engagement activities at www.politicalscience.com.au