ROBERT REICH.-America has no real public health system – coronavirus has a clear run( The Guardian 15.3.2020)

Dr Anthony S Fauci, director of the National Institute of Allergy and Infectious Diseases and just about the only official in the Trump administration trusted to tell the truth about the coronavirus, said last Thursday: “The system does not, is not really geared to what we need right now … It is a failing, let’s admit it.” 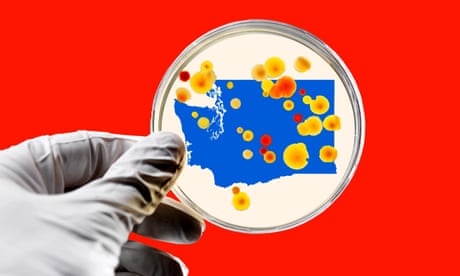 While we’re at it, let’s admit something more basic. The system would be failing even under a halfway competent president. The dirty little secret, which will soon become apparent to all, is that there is no real public health system in the United States.

The ad hoc response fashioned late Friday by House Democrats and the White House may help a bit, although it’s skimpy, as I’ll explain.

As the coronavirus outbreak in the US follows the same grim exponential growth path first displayed in Wuhan, China, before herculean measures were put in place to slow its spread there, America is waking up to the fact that it has almost no public capacity to deal with it.

Instead of a public health system, we have a private for-profit system for individuals lucky enough to afford it and a rickety social insurance system for people fortunate enough to have a full-time job.

At their best, both systems respond to the needs of individuals rather than the needs of the public as a whole. In America, the word “public” – as in public health, public education or public welfare – means a sum total of individual needs, not the common good.

Contrast this with America’s financial system. The Federal Reserve concerns itself with the health of financial markets as a whole. Late last week the Fed made $1.5tn available to banks, at the slightest hint of difficulties making trades. No one batted an eye.

When it comes to the health of the nation as a whole, money like this isn’t available. And there are no institutions analogous to the Fed with responsibility for overseeing and managing the public’s health – able to whip out a giant checkbook at a moment’s notice to prevent human, rather than financial, devastation.

Even if a test for the Covid-19 virus had been developed and approved in time, no institutions are in place to administer it to tens of millions of Americans free of charge. Local and state health departments are already bare bones, having lost nearly a quarter of their workforce since 2008, according to the National Association of County and City Health Official

Healthcare in America is delivered mainly by private for-profit corporations which, unlike financial institutions, are not required to maintain reserve capacity. As a result, the nation’s supply of ventilators isn’t nearly large enough to care for projected numbers of critically ill coronavirus victims unable to breathe for themselves. Its 45,000 intensive care unit beds fall woefully short of the 2.9 million likely to be needed.

The Fed can close banks to quarantine financial crises but the US can’t close workplaces because the nation’s social insurance system depends on people going to work.

Almost 30% of American workers have no paid sick leave from their employers, including 70% of low-income workers earning less than $10.49 an hour. Vast numbers of self-employed workers cannot afford sick leave. Friday’s deal between House Democrats and the White House won’t have much effect because it exempts large employers and offers waivers to smaller ones.

Most jobless Americans don’t qualify for unemployment insurance because they haven’t worked long enough in a steady job and the ad-hoc deal doesn’t alter this. Meanwhile, more than 30 million Americans have no health insurance. Eligibility for Medicaid, food stamps and other public assistance is now linked to having or actively looking for work.

It’s hard to close public schools because most working parents cannot afford childcare. Many poor children rely on school lunches for their only square meal a day. In Los Angeles, about 80% of students qualify for free or reduced lunches and just under 20,000 are homeless at some point during the school year.

There is no public health system in the US, in short, because the richest nation in the world has no capacity to protect the public as a whole, apart from national defense. Ad-hoc remedies such as House Democrats and the White House fashioned on Friday are better than nothing, but they don’t come close to filling this void.