The legal matters from which Providers are to be immune include both civil claims and criminal charges. Image: Pixabay

When our Parliament is presented with a Bill which removes fundamental rights and liberties of a discrete cohort of Australians only, a cacophony of objections may be expected. In this case however, the victims have no voice.

In the Foreword to the Australian Government’s response to the final report of the Royal Commission into Aged Care the three Ministers responsible, namely the Prime Minister, The Minister for Health Greg Hunt and the Minister for Aged Care Services Senator Colbeck, formed themselves into a small chorus to exclaim: “Respect for senior Australians is, and must be, a national priority. Out of respect comes all that we value in the care of our ageing loved ones: dignity… and safety.”

Just short of 6 months later a Bill containing a measure nothing short of astounding for its discrimination against aged care residents was introduced in the Senate with the effect of removing, by an offer of immunity to the Providers, the most basic legal rights which all other Australians enjoy.

The long title to the Bill is the Aged Care and Other Legislation Amendment (Royal Commission Response No. 2) Bill 2021. The Bill inserts in its 9th schedule, a new section 54-11 into the Aged Care Act which states:

(1) This section applies if:

(a) an approved provider provides aged care … to a care recipient; and

(b) a restrictive practice is used in relation to the care recipient; and

(c) the care recipient lacked capacity to give informed consent to the use of the restrictive practice.

(2) A *protected entity is not subject to any civil or criminal liability for, or in relation to, the use of the *restrictive practice in relation to the care recipient if:

(a) informed consent … was given by a person or body specified in the Quality of Care Principles …; and

(b) the restrictive practice was used in the circumstances set out in the Quality of Care Principles made for the purposes of paragraph 54-1(1)(f).

The Bill then defines who is an authorised entity as an aged care provider or an individual who used, or assisted in the use of, the restrictive practice. The latter will probably include nursing and carer staff of the Provider and medical practitioners.

The rationale made out by the Department of Health that consent is very hard to understand and to achieve from the lawful representative of the person because of differing State and Territory laws is specious. The problem of lack of knowledge among aged care Providers is something which has been around for decades and pre-dates the Aged Care Act. To meet that ignorance with immunity as the solution is no solution at all.

This particular Bill has many underlying faults, not the least of which is it appears to represent a serious example of constitutional overreach by the Commonwealth.

What is happening is the granting of immunity to privately owned as well as not for profit businesses both of which receive funds from the Commonwealth. Some are even listed on the ASX. It is unprecedented as a protective measure to the private sector.

Moreover, extending immunity from civil claims and criminal prosecutions to aged care providers is an astonishing favour to a discrete part of the private sector. Not only that but by removing from the most vulnerable in our community their fundamental rights which this Bill does, it is a breathtaking assault on the rule of law.

The offer of immunity in this instance is quite likely beyond the constitutional authority for the Commonwealth, not the least reason for which is that the legal recourse for which immunity is granted is almost entirely affecting State laws.

No international covenant to which Australia is a party authorises a grant of immunity from claims and prosecution to commercial interests or businesses. Quite the contrary, as Australia has ratified the International Covenant on Civil and Political Rights [ICCPR], and its Optional Protocol. The latter permits complaints on breaches of the Covenant to be made, once local litigation has been exhausted, directly to the U.N Human Rights Committee.

In this case what we have is legal action by aged care residents to access the “right to liberty” [Article 17] being expressly denied by Commonwealth legislation. The right historically springs from the common law developed in the centuries since Magna Carta, including the basic remedy supporting every Australian’s right to be free, of a Writ of Habeas Corpus. This is what is at risk because of the discriminatory provisions of the Bill in its miserable 9th Schedule. Is this what the Ministers thought was dignity and respect?

The claims and charges the subject oF the proposed Immunity

The laws regarding safety and security offered to persons who may be injured or unlawfully harmed in privately owned premises, in which care services are provided for consideration, are almost exclusively state and territory statutes, or the common law. The Commonwealth has no constitutional remit over the latter and is unlikely to have power to override the former in an Aged Care Act dealing with licensing of providers of aged care services.

The legal matters from which Providers are to be immune include both civil claims and criminal charges. For example the criminal charges for what is variously called, among others, unlawful imprisonment, or deprivation of liberty and which include , in the case of aged care, unlawful restrictive practices, carry prison sentences of 10 years [Victoria], 3 years [Queensland] 5 years [ACT] and an indefinite maximum in New South Wales. There is also a risk of prosecution under workplace health and safety laws.

There are many potential civil claims which arise out of the application of unlawful restrictive practices. Firstly the centuries old claims for what are called the intentional torts. They include assault, battery and false imprisonment. Immunity from civil claims must also include claims for breach of contract, since every intending resident must be offered a contract.

Finally, the Australian Consumer Law contains within it, potential for claims arising from the delivery of services. These include unconscionable conduct, that no force to be used in delivery of services [s.50], that services are delivered with due care and skill [s.60], that services are fit for purpose [s.61] and the popular claim for misleading conduct. In the aged care context that may mean a promise to ensure the resident’s safety and wellbeing, but eventually followed by the application of locked wards, isolation, or chemical restraint. 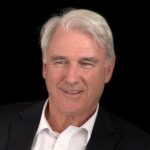 A practising solicitor in Sydney for 50 years, in the late 1990s, Rodney turned to Elder Law and jointly initiated and lectured students in the first course in that subject in Australia, at the University of Western Sydney. He also authored the first text on the subject, Elder Law in Australia [Lexis Nexis] with a second edition in 2011. Rodney has delivered many seminars to the legal profession and others in elder law since about 2000. Rodney has also promoted significant reform in elder abuse and in the aged care system. His concerns also focus upon unlawful restraint in our aged care system.