There is so much else happening, Queenslanders and the media can be excused for being uninterested in two by-elections which are scheduled to be held alongside state-wide local government elections on March 28. But the future of both major party groupings could be dramatically affected if there is a viral-like surge of opinion away from the norm.

Both by-elections are for urban constituencies in the south-east – Bundamba in Ipswich and Currumbin on the Gold Coast. Inevitably the latter will be overshadowed by the former because of the Pauline Hanson factor.

But the Currumbin contest represents internal tension within the LNP concerning the bullying of the previous incumbent by her own party, after she chose to exercise her right to a conscience vote on legislation related to the abortion issue.

Jan Stuckey’s resignation speech clearly signalled that the behaviour of members of her own party was the reason for her departure from public life. She then supported a local male with similar “socially liberal” tendencies in the internal competition for party endorsement for her seat.

Her preferred candidate was rejected by LNP hierarchy in favour of a female parachuted into the seat. This has heightened tensions within the LNP locally and disgruntlement among local activists. Stuckey and her husband issued public statement that they had both left the Liberals and LNP after 22 years of service.

Alienated LNP voters will have the choice of Greens, One Nation and the ALP. If the LNP candidate fails to secure the seat, this molehill of internal dissent might turn into a mountain by the time of the next State election, the first exercise of the new rules about fixed terms.

“Challenged on the populist right by One Nation, Katter’s Australian Party and Clive Palmer, the merged LNP party faces a dilemma: should it compete on populist appeal or seek to project a distinctive rural voice? In the jostling for federal leadership, the elephant in the party room is the election in Queensland later in the year.” (Norman Abjorenson, Inside Story, 20 February 2020).

Locally, it is asserted that the state LNP leader, Deb Frecklington could face a challenge to her position if the LNP goes backwards in Currumbin. But it appears to most observers that the issue has engaged the attention only of those close to the action.

By contrast, The Courier-Mail has been busy engineering a mountain in a contest in Bundamba where the LNP features only as a very interested bystander. The longest serving ALP MP in State Parliament, Jo-Ann Miller, had fallen foul of the Premier on numerous occasions and relied on strong support from the mining union to survive in Cabinet. Eventually her attention-seeking behaviour and also allegations of misconduct in her role as Police Minister meant that she was replaced in Cabinet.

This provided her with licence to be even more of a thorn in the ALP backside, as the party battled with its own challenges concerning financial choices by its senior figures, especially Deputy Leader Trad for making a politically unwise real estate investment.

In her resignation speech, Miller aligned herself with the same grievance as the LNP’s Stuckey: being bullied internally by her own colleagues. Miller also felt vindicated when the Ipswich City Council was dismissed in 2019, and two former mayors and the CEO were prosecuted for corrupt behaviour, feeling that she had waged a long and often fruitless battle with her party colleagues to reveal this corruption.

One symbolic Miller thorn which upset her ALP colleagues was her carefully staged joyful exchange of baby knitwear with Pauline Hanson during the 2017 state election campaign (as a gift for the latter’s newborn grand-daughter). One Nation Party had chosen not to stand against Miller but was active in other Ipswich constituencies. Miller held Bundamba in 2017 by a 21.6 margin while One Nation reaped significant first-preference increases of up to 28 percent in those other constituencies.

Last Saturday, (14 March) the Courier-Mail came out with all guns blazing in an opinion column from columnist Des Houghton, headed “Labor on the ropes as One Nation goes viral.” This was based on changes in state-wide polling which had previously shown the Premier still edging ahead of her rival, LNP leader Deb Frecklington, although both were in negative territory.

Houghton suggested that recent polls had put Hanson’s party slightly ahead of the ALP in the lead-up to the Bundamba by-election and that “if Hanson’s candidate is successful, One Nation will be on track to make more gains, and perhaps hold the balance of power in an LNP government after the October state election.”

Houghton made it clear that the source validating this interpretation was based on private polling commissioned by the ONP Queensland President, one James Ashby.

Taken together, the issues being raised in the two by-elections might help to shape the wider political environment for the October state election, at least in south-east Queensland.

(Further north, there is another tale to be told about molehills growing into mountains for the Premier – her dealings with Katter’s Australian Party, led in the state legislature by Robbie-son-of-Bob. This saga and its apologetic outcome for the Premier will doubtless be recounted several times before the October state election, if anyone is still listening.)

The other end of the spectrum is now firmly occupied by the Greens, especially in south-east Queensland. Their appeal has been strengthened by the forces of electoral behaviour outside Brisbane which were manifest in the national election. Enthusiasm for coal mining and miners required the Premier to come off her shaky pedestal and embrace Adani, its expanding mining aspirations and its influential local friends.

This leaves the left field vacant for the Greens and the forgotten issues of climate change (and even royal commissions into banks and other public institutions). The Greens’ appeal for more direct forms of protest have been enthusiastically endorsed by large numbers of younger voters (and soon-to-be-voters in secondary school). Given the social geography, the Greens are more likely to impact Currumbin than Ipswich. 2020 might not be their year but it is just possible that the Greens have time and the virus on their side.

Roger Scott has been Professor of Public Administration at the University of Queensland, Director-General of the Queensland State Education Department and Dean of Arts at QUT. 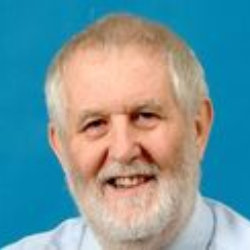