RORY McGUIRE. The curious case of our energy myopia

The economics of our energy supply are being turned upside-down but, as the Federal Government’s acceptance of the recent King Review shows, our decision-makers seem unable to comprehend.

This means our national energy policy is being driven by decisions that are uninformed and are already hampering deployment of proven technologies and incurring large and unnecessary costs. These decision-makers are not just getting it a bit wrong: they are over-estimating solar photovoltaic costs by a factor of up to five and they have been doing it for decades. If our decision-makers had been better informed, for example, they would not have privatised our electricity generators over 20 years ago and the now extinct New South Wales Electricity Commission, for one, could still be pouring serious money directly into government coffers.

A correction: our decision-makers were informed but, as corporate bodies have to change numerous mindsets before they can change their policy, the message did not penetrate.

About 30 years ago it became apparent to solar photovoltaic engineers worldwide that the cost of producing solar electricity could be driven down to levels that were then unbelievable. Now it has been. A power purchase agreement was recently signed in Abu Dhabi to supply solar electricity at US 1.35 cents per kilowatt hour, or about two Australian cents a kilowatt hour. A few caveats apply.

Abu Dhabi has cheap land, abundant sunshine, cheap labour and, interest-rates being where they are, cheap money. Australia also has all these essentials except, perhaps, cheap labour, but this can be amortised over the life of the panels. Most cells, which are the producing parts of solar panels, have a design life of 25 years, edging up to 35, and engineers have 50 years in their sights.

What Australia does not have is vision. Less than 30 years ago I had an email correspondence with the New York Times Middle East correspondent, Ibrahim Youssef, asking him if oil-and-gas-rich Middle East countries would consider going solar. His answer was an emphatic no, they would fight it all the way, it obviously threatened their main, only, source of income. But they saw the trend and knew they had to change their minds.

About 30 years later, Scott Morrison, when Treasurer, famously handed a lump of coal around in Parliament, claiming it was harmless. Forgetting for the moment the effect of rising atmospheric CO2 levels on our climate, we would expect that our Treasurer, of all the people in the country, with prime access to the best economists and energy advisors in the land, bolstered by outside consultant experts, would be better informed. But no.

What is going on? At first glance it would appear that our decision-makers, centred in Canberra, might be beholden to the lobbying efforts of the fossil fuel industry (remember it was the Minerals Council of Australia that gave Scott Morrison his lump of coal) and to the royalties that pour into state and federal treasuries.

Forget for the moment, as most governments appear to have done, that all this coal and gas belongs to us, the people of Australia. Now observe how much of these billions of export earnings stays in Australia to benefit us and how much flows out of the country, courtesy of foreign-owned companies or tax arrangements that can be best described as cozy.

Contrast our position with Norway, home of the world’s largest sovereign wealth fund. When the extent of Norway’s oil and gas resource became apparent in the 1960s reps from Big Oil swarmed into the country: “Say, guys, we can handle this for you.“ “Thank you,“ said Norway, population 4 million at the time, “we will call you when we need you.” No call yet. They treated their new resource as a national asset, the blighters.

By the way, guess which country, with massive labour costs, runs one of the most successful PV companies. Hint: it stretches into the Arctic Circle, gets a lot of rain and snow, and not much sunshine.

But closer inspection of our energy myopia reveals an even curiouser situation. For some strange reason the persistent gross over-estimation of the future costs, even the present cost, of PV is not confined to Canberra. It is an international phenomenon. The IPCC does it, the IEA does it and the major decision-makers in almost every relevant country do it. And it’s been going on for decades.

Is it ignorance, fear or just laziness, the unwillingness to confront an issue that is turning our global economy on its head?

Ignorance, unless it’s willful, can be excluded because people in the PV industry have for 30 years been telling anyone who would listen that the cost of solar energy would be going down, down, down. Few listened.

Perhaps some excuse comes from the unfortunate precedent of nuclear power. The engineering was brilliant, inspirational even, and after the horrors of World War II we needed something to cheer us up. So when, in the 1950s, we were told that nuclear electricity would be so cheap it would not be metered, we believed it. And look what happened.

But the solar people have been putting runs on the board for over 40 years — costs have dropped so fast that even many in the industry have been surprised. PV outsiders, those we have entrusted to make decisions for us, have had decades to examine the possibility that the cost of solar electricity could drop to unimaginable levels. What would happen to global and national economies if solar production costs fell to two cents a kilowatt hour? Surely a prudent government would have examined this possibility, but not a thought. Instead we have been fed a diet of red herrings.

Carbon capture and storage, high efficiency low emission coal generation? These are two improbable and expensive dreams. CCS has been spruiked for decades, has not been proven at scale and adds considerably to costs — unless the producer walks away from the problem and leaves it to future generations to clean up.

The HELE story appears to rely on our not knowing that coal-fired power station engineers have always done their best to push their efficiencies as high as possible, and that they have reached about 40%, and that the laws of thermodynamics allow little improvement, unless temperatures are raised, which increases production of nitrogen oxides, the so called NOx gases which are strong greenhouse gases and are toxic.

With an efficiency of 40% a conventional power station produces 2.5 times as much CO2 as is needed to produce useful energy. This means, obviously, that any future coal-fired power station will have to employ CCS and HELE if emissions are to be materially reduced. Is anyone in government prepared to argue that CCS and HELE could be deployed at the required scale for a combined cost less than 2c a kWh?

Similar arguments apply elsewhere in the energy supply chain. Nuclear fusion? This recurring dream has been around for over half a century and has cost billions yet as a mechanical engineer from the University of NSW told me decades ago, “All they have demonstrated is the need for more money.” Last year another engineer said nothing had changed.

Ah, but new technologies are on the way. What about thorium fission? And mini reactors, even portable ones? And the new hydrogen-boron fusion? OK, but let private industry develop these technologies and have them up and running before we start ploughing public money into them. Don’t expect any certainty within 20 years.

In all energy scenarios, PV will set the benchmark at 2c/kWh. It might sound improbable now but anyone who ignores this possibility is likely to finish up with a herd of white elephants in 20 or even 10 years.

This PV benchmark makes a nonsense of the Government’s “technology neutral” posturing. When the Energy Minister, Angus Taylor, said on Tuesday, 19 May: “When it comes to technologies, we should be getting a lot of horses in the race,” he is asking us to spend billions of dollars on technologies which, with the possible exception of wind, at this stage, have no foreseeable hope of winning the race. Big new technologies take decades. PV took 40 years to get where it is today.

Far better to concentrate on a proven winner, which still has loads of potential, than to feed all the red herrings being dangled in front of us. 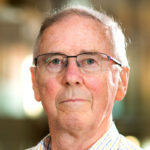