I will be posting in two parts, extracts from an address which Professor Ross Garnaut gave to the Sydney Democracy Network, University of Sydney, 7 September 2016.  the full text of his address can be found on his website:   https://blogs.unimelb.edu.au/rossgarnaut/files/2015/12/Garnaut_CapitalismSocialismDemocracy_070916_3-2ei70mk.pdf

PART 1. THE PROBLEMS WE FACE WITH GLOBALISATION

In the twenty first century, modern economic growth is raising incomes in the new participants—most of the world’s people—most emphatically in China and other countries which have passed the turning point in economic development. At the same time, it is placing downward pressure on living standards of ordinary people in the developed countries.

Largely due to these dynamics, income distribution has become more unequal in the developed countries and more equal in the world as a whole. Much has been made of the capture by the “one percent” of most of the increase in incomes in developed countries so far this century. The top one percent in the world as a whole has also done very well. Ordinary people in the big Asian developing countries have had even bigger percentage increases in incomes .

Lifting economic integration to the global level brings new governance challenges. Economic regulation is by the nation state. The emergence of a global economy takes many activities beyond the reach of the sovereign nation. Today’s crises in national management of the taxation of capital, movement of people, carbon dioxide emissions, terrorist networks and crime through the internet are just the beginning.

Australia moved decisively towards a more open and market-oriented economy after 1983. This had something in common with developments in the United States and United Kingdom at the time. But Australia avoided the extreme financial deregulation of the large North Atlantic economies in the 1980s and 1990s. Australia strengthened rather than weakened policy to secure more equitable distribution, through changes to health, education, taxation and social security. Australia had its strongest economic growth ever relative to other developed countries in the decade after the recession of 1991, while avoiding the tendency in other developed countries to wider disparity in incomes then and into the 2000s.

The inequality in income distribution has increased so much that it has been associated with falls in living standards of the general run of people in the United States and some other countries. .. As the International Monetary Fund and the Bank of England have noted, this materially reduces demand for goods and services.

There are three other important headwinds to economic growth in the rich countries..

One is ageing. Low fertility will ensure that this remains with us for the foreseeable future. Ageing contributes to loss of business dynamism, lower investment and higher savings. It also lowers incomes per person by reducing the proportion of people in the labour force.

A second is a marked decline in productivity growth, to the lowest levels over a comparably long period since the early days of modern economic development. .. There is no reason to expect an early return to the high rates of productivity growth that were once considered normal.

A third is the capital-saving nature of technological change in the twenty-first century, driven especially by the falling cost of computation. Less investment is required for any growth in economic activity.

Increased inequality, ageing and the increasing weight in the global economy of China have increased global savings. Low productivity growth, ageing and the capital saving bias have reduced business investment. Savings have tended to exceed investment, especially after the Great Crash.

Demand in the developed countries has fallen below levels necessary to support optimal economic growth and employment.

The headwinds have remained. In response, central banks have sought to revive demand with the lowest ever short term interest rates. Unconventional monetary expansion has added additional stimulus. The response has been weak, with growth in activity and employment lower since the Great Crash than in any comparably long period since the second world war. The tendency for global savings to exceed investment has generated the lowest market interest rates in history. Rates for 10 year borrowing by governments are now below zero in a majority of developed countries. Real rates are near or below zero in all developed countries.

Real incomes of the majority of people have ceased to grow in the developed countries since the Great Crash of 2008. The real incomes of most people in the US and some other developed countries are below those a generation ago. Australian real income per person held up better until the China resources boom began its retreat late in 2011, but has been stagnant or falling in each of the 17 quarters since then.

Trade protectionism has increased—look at steel in Europe, the United States and Australia. International trade has stopped growing. This is rare outside recessions in the developed world.

There have been large electoral reactions against immigration into the United States, Britain, continental Europe and Australia.

Australia and the United Kingdom have blocked large-scale direct investment from China of kinds which had been explicitly welcomed not long before.

Institutionalised cross-border integration has ground to a halt. The Doha Round initiated in 2001 is the first multilateral trade negotiation to fail. The wounding of the Trans Pacific Partnership by Donald Trump has drawn applause. The English have voted to withdraw from European Union; and

Brexit has stalled negotiations on a European-United States trade agreement. Anti-EU feeling is strong across many members of the bloc.

HOW OUR ADJUSTMENT IS BEING HINDERED.

The democratic response to popular grievance interacts with vested interests’ increased hold over the democratic political process in the developed countries. Private interests have become more skilled in making and getting private value from investment in the political process. These developments are especially acute in Australia and the United States, where corporate donations are hardly constrained at all by laws and regulations on campaign finance—not even donations by foreign entities—and in Australia is reinforced by the influence of a single dominant media group.

The limiting and corruption of public discussion.

Meanwhile independent citizens and institutions have less influence in policy-making. Independent contributors to the analysis and public discussion of policy choice were critically important to the success of democratic capitalism in the post-war period, and to the reform era in Australia. They are now diluted by the cacophony of comment from economists paid by various private interests to influence the policy debate on their behalf. The clash between vested and popular pressures uninformed by independent analysis leads to arbitrary and inconsistent decisions, and over time to lower productivity growth.

Global capital has no home.

Globalisation compounds the problem of corporate investment in the political process. Global capital has no home. .. Corporate involvement in the political process sets up tension not only between capital and citizens, but between foreign and domestic interests. This important issue has risen to prominence in Australia around Chinese political donations. While there are additional layers of problems with some Chinese donations, there are very real problems with all foreign donations—indeed, with business donations.

In Australia, which has become by far the largest recipient of Chinese direct investment relative to size of economy, popular distrust of foreign investment interacts with genuine security reasons for restricting Chinese investment.

Globalisation gives capital more opportunities to avoid and to evade national taxation. Some countries lower taxation rates to attract investment. This erodes the tax base of others. International tax evasion favours large international over small business in each country.

Lower tax revenues undermine the capacity of the nation state to fund the programmes that were important to the success of democratic capitalism. Less corporate tax revenue means higher tax on households, at a time when real disposable income per person is falling.The full address by Ross Garnaut can be found here.

Ross Garnaut is Professorial Research Fellow in Economics, The University of Melbourne 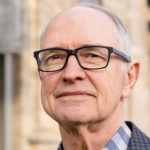