ROY GREEN. World class container terminal for Newcastle and the investigation by the ACCC

Connectivity isn’t everything, but it’s almost everything. Faster, better and cheaper is transforming our daily lives. And connectivity isn’t just about broadband access. It’s also about fast and efficient freight transport. Even in a digital world where so much of what we produce is intangible, Australia’s fortunes as an island continent depend on its transport linkages, particularly through our seaports.

Traditionally Australia’s exports have been made up largely of bulk commodities such as coal, iron ore, wheat and wool, and these have provided the income to sustain our growing appetite for imports of capital and consumer goods. It’s for this reason that our first world lifestyle is said to be based essentially on a third world economic structure.

However, with the end of the mining boom and the need to transition to a more knowledge-based economy, the composition of our trade is changing. And much of this trade will be carried in containers of a standard size, measured as TEUs or “twenty-foot equivalent units”. This is “the box which changed the world”, as it has reduced the costs of trade and contributed hugely to global prosperity.

Containerisation is itself a big business, with 95 per cent of the world’s non-bulk commodity trade transported in containers. This presents Australia with two major challenges. The first is to fill the more than 50 per cent of containers that leave Australia empty. As well as expanding services exports, we must refocus our efforts on internationally competitive high value advanced manufacturing and sustainable agribusiness.

While we rarely think ahead as a nation, this is one occasion when it will prove indispensable, given the existential threat posed by diminishing returns from the export of unprocessed raw materials. And rather than reverting to our previous reliance on import substitution behind tariff walls, public policy should enable “smart specialisation” by innovative exporters in global markets and value chains.

The second challenge is to ensure optimal efficiency not only in port operations but in the connections between our ports and the sources and destinations of Australia’s traded goods. Currently, Port Botany is the key container port for NSW, handling some 2.4 million TEUs a year, with growth anticipated by the State government to 5.4 million TEUs by 2040, and in some scenarios to more than 8 million TEUs.

Here we can see a potentially disastrous outcome looming for Sydney and NSW. Already the road and rail connections around Port Botany are seriously congested, but imagine millions of additional container truck movements each year. Not to mention the frustrating and economically damaging “timetable meltdowns” as freight is co-mingled with passenger rail on an increasingly crowded network.

That’s why all levels of government committed two decades ago to the development of a container terminal on the former site of the Newcastle BHP steelworks, both to service Newcastle’s regional catchment and to take pressure off Port Botany. With its unrivalled sea, road and rail connections, this investment was envisaged as a driver of regional growth and diversification. Newcastle is proud to be the world’s biggest coal port, but it is also realistic about coal’s prospects in coming decades.

In the short term, routing containers to and from the Hunter region and northern NSW through the Port of Newcastle would reduce container traffic in Sydney by around 500,000 full TEUs a year. It is manifestly absurd and wasteful for products that are containerised in the Hunter to be shipped through Port Botany, in effect creating a non-tariff barrier to the region’s exports.

In the longer term, there would be even greater gains to freight efficiency across NSW with investment in a dedicated rail freight corridor between Newcastle and Port Kembla, importantly with intermodal connections in western Sydney. This could replace some of the more costly and unnecessary Sydney transport infrastructure options, which are premised on further Port Botany expansion.

In 2003, the NSW Ports Growth Plan 2003 stated that, “Newcastle will be the state’s next major container facility”. And in 2005 the government itself placed a cap on containers of 3.2 million TEUs at Port Botany, only to remove it subsequently. The most recent NSW Draft Freight and Ports Plan 2018 now says, “Port Kembla will act as a progressive overflow facility for Port Botany once its operational capacity has been reached”.

What happened? In 2010-11, the prospect of a Newcastle container terminal was thwarted by senior members of the then Labor government named by ICAC in its “Operation Spicer” report. Then in 2013, Port Botany and Port Kembla were privatised by the newly elected LNP government as “NSW Ports” under conditions to maximise their sale price. These conditions included a then secret restriction on the development of a viable and competitive container terminal at Newcastle when its port was privatised a year later.

This restriction, which was initially denied by the government but leaked to the Newcastle Herald, is now the subject of an investigation by the Australian Competition and Consumer Commission. Clearly, privatisation was meant to foster productivity-enhancing competition, not stifle it with a new monopoly. Especially as this one would effectively confine Newcastle to a future of bulk commodities.

As indicated, NSW’s freight task is set to double in the next 20 years. Port Botany might just be able to handle this volume of freight, but the question that has to be asked is, at what cost to Sydney and the NSW economy? In most countries, as industrial land becomes more expensive around major city freight ports, new ports are developed where land is cheaper and access easier and more efficient. A prime example is Tauranga port outside of Auckland, with its own dedicated freight rail line.

Even with more than $27 billion in infrastructure spending planned to “decongest” Sydney, including a $400 million “freight rail duplication”, most containers will still be moved by road. These are estimated to cost business and consumers an additional $18 million a year in tolls on new motorways like WestConnex, also in the process of being privatised. Significantly, one of the two leading bidders is the current owner of Port Botany, which would complete a vertically integrated monopoly. The other bidder owns the rest of the toll roads.

We sometimes hear the claim that 85 per cent of container imports end up in Sydney, so another container port would not be viable. This claim is disingenuous for two reasons. First, if there was any substance to it, there would surely be no need to impose an anti-competitive restriction on a container terminal at Newcastle.

Second, the claim is only true until the containers are unpacked or “deconsolidated” and the goods sent around NSW. A recent study by Deloitte Access Economics found that only 36 per cent of imported goods end up in eastern Sydney with the remainder traversing increasing distances mainly by road to western Sydney and regional NSW, including 27 per cent to the Newcastle catchment alone.

Our analysis has also shown that regional exporters choosing to transport their containers by rail are paying a premium of 30-50 per cent in freight costs to send these past the Port of Newcastle’s doorstep to Port Botany. At the same time, 60 per cent of containers shipped from Port Botany are empty. Its biggest export is fresh air. With a more accessible container terminal, the Hunter region could do more to fill these containers with products that add value for the NSW economy.

As a global gateway for regional Australia, the Port of Newcastle is ready to go with cost effective landside connectivity, interested shippers and a deep channel port that is operating at only half its capacity. The choice is clear – whether to invest taxpayers’ money in unnecessary and expensive Sydney infrastructure, or to allow Newcastle to develop a world-competitive container port as a catalyst for new business opportunities and a more efficient NSW freight and ports system.

Professor Roy Green is Chair of the Port of Newcastle. This is an expanded version of an article in the Newcastle Herald on July 27 https://www.theherald.com.au/story/5547928/why-we-need-a-world-class-container-port/ 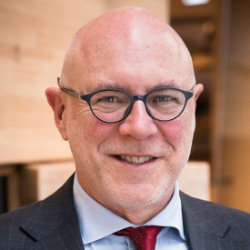 Roy Green is Emeritus Professor at the University of Technology Sydney. He is currently Chair of the Port of Newcastle and the Advanced Robotics for Manufacturing Hub. He is also a member of the Innovative Manufacturing CRC Board and Research Committee of the Centre for Policy Development.