ROY HARVEY. The Anzac spirit and the future of health policy

The policies adopted by the Australian governments to fight the Covid-19 crisis are the opposite of the policies that the Coalition Government has pursued for the past 70 years.

The ‘perennial crisis’ of 64,000 deaths and 430,000 years lived with disability from preventable diseases and injury, largely related to social, regional and indigenous inequalities, deserves the same health and social funding approach that Covid-19 has received.

In a moving speech to the Australian Parliament on 23 March this year, Prime Minister Scott Morrison said that, in facing the challenge posed by the COVID-19 pandemic:

… we summon the spirit of the Anzacs, of our Great Depression generation, of those who built the Snowy, of those who won the great peace of the Second World War and defended Australia. That is our legacy that we draw on at this time.

The Australians Spirit was summoned to galvanise Australians to get through the Covid-19 crisis by observing rules designed to slow the spread of Covid-19, accepting the hardships of loss of employment and enduring the lockdown.

Moved by the Australian Spirit, the Commonwealth and State and Territory political leaders, through the National Cabinet agreed to focus health resources on the national health priority of containing the Covid-19 threat. The Commonwealth provided $100 million additional funding to the States and Territories and to half the costs of all public patient services that the States and Territories required the private hospitals to provide. In addition, the Commonwealth offered private hospitals access to a $1.3 billion fund to protect them against financial loss. In return, they were required to supply equipment and facilities, to treat defined groups, and ‘to integrate with state and territory health systems …. as required and directed by state and territory or Commonwealth Health Ministers or their delegates. Failure to do so will void the guarantee’.

In Minister for Health’s letter conveying the conditional financial guarantee to private hospitals he concluded: ‘Together, we can continue to deliver a first class health system for the benefit of all Australians’. Tens of billions of dollars were also provided in financial support to businesses and individuals – including a doubling of the Newstart allowance and providing free child care.

The national response to the Covid-19 crisis had three elements: to summon the Australian Spirit in times of adversity; to focus national health resources on national health priorities by requiring an unprecedented level of cooperation between the public and private health sectors; a commitment to a health system ‘for the benefit of all Australians’. Absent from the national response was any suggestion that people with private health insurance would ‘go to the head of the queue’ or be guaranteed choice of doctor, hospital and accommodation.

The national response to the Covid-19 crisis was similar to the egalitarian health and social welfare system that the survivors of the Great Depression and World War II voted for in a referendum and in a general election immediately after World war II ended. Following one of the few constitutional referendums to succeed, the Constitution Alteration (Social Services) 1946 Act gave powers to the Commonwealth, for the first time, for:

the provision of maternity allowances, widows’ pensions, child endowment, unemployment, pharmaceutical, sickness and hospital benefits, medical and dental services (but not so as to authorize any form of civil conscription), benefits to students and family allowances.

This constitutional change validated the Hospital Benefits Act 1945 which provided ‘free access to public hospitals’ by agreement between the Commonwealth and States; the Pharmaceutical Benefits Scheme (PBS) (1946) which provided ‘free lifesaving drugs’ to all Australians; and the Social Services Act 1947 which provided ‘…Age Pensions, Invalid Pensions, Widows’ Pensions, Maternity Allowances, Child Endowment, Unemployment Benefits and Sickness Benefits, and for other purposes’.

Within four years of coming to government in 1949, the Menzies government introduced the National Health Services Act 1953. This put means tests on access to public hospitals, made medical benefits payable only to the privately insured and subsidised private health insurance (PHI) by allowing their premiums to be tax deductable (marginal tax rates were as high as 75%), and reduced the range of medicines available on the PBS. It effectively destroyed community run Friendly Societies which, for almost a century, provided medical, hospital and dental services to their members.

Since then, Labor governments have consistently sought to return to the egalitarian spirit of the Great Depression Generation and survivors of World War II by providing health care according to need. This has generally included free public hospitals, free (bulk billed) primary care, and medical benefits paid to people with or without private health insurance. Under Whitlam’s Medibank, hospital benefits were paid for all patients in private hospitals. Labor has a history of neither encouraging nor discouraging PHI. It always allowed for PHI to insure for additional care and services for those who wish to pay for it.

Coalition policies, since 1949, had three consistent elements: direct and indirect subsidies to people who take out PHI: means tests and limitations on access to public hospitals and access to free/low-cost medical services for the uninsured; taxes and levies to encourage/coerce the uninsured to take out private health insurance. The Coalition’s rationale for supporting PHI has been to give people ‘choice’ of doctor, hospital and accommodation (choice increasing limited by insurance funds trying to control costs) and to take pressure off the public system (the opposite is happening). It is ironic that, to achieve its objectives, the party that espouses freedom of choice has used financial coercion and restriction of access to services for low income people while subsiding wealthier/healthier people.

One of the effects of subsidising higher income groups who have better health at the expense of lower income and higher need groups has been the continuing inequalities in health across the Australian community. In 2015 in Australia, the preventable fatal burden of disease was estimated to be about 64,000 deaths with about 430,000 healthy years of life lost from disease and injury. The report identified significant health inequalities across social, regional and indigenous groups and unequal access to health services.

Private health insurance has been a bulwark for fee-for-service payments that support and reinforces the maldistribution of primary and specialist medical practitioners and private hospitals. At the same time, access to health care according to need is distorted by PHI which promotes access to care based on ability to pay.

The national response to this ‘crisis’ has totally reversed 70 years of Coalition health financing policy in the national interest. Doubling the Newstart/Jobseeker allowance, providing access to free child care, providing telemedicine for rural and remote communities have been amongst the social strengthening measures adopted. While these are justified by the PM as getting the Australian economy ready to spring back after look down, they are also the right responses to addressing the ‘perennial crisis’ of 64,000 preventable deaths and 430,000 healthy years of life lost.

If the Prime Minister was fair dinkum about summoning ‘the spirit of our Great Depression generation, of those who built the Snowy, of those who won the great peace of the Second World War and defended Australia’ he should call on the National Cabinet to review and implement the wide ranging policies of social equity and ‘health care according to need’ that those Australians voted for in 1946. 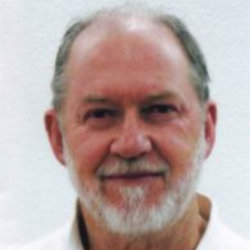 Bill Hayden's research officer from 3 January 1973; then Statistician and Actuary for Medibank and Medibank Private to 1979; Health Economics Research Unit with John Deeble at ANU to 1986; Head of Health Services Division of the AIH(W) to 1995; Professor of Health Economics, Centre for Health Services Development (now AHSRI) University of Wollongong, involved in Australian health services research and consulting, then consultant and project leader for AusAID and World Bank on 15 projects in China, Eastern European, South East Asia and Pacific Island countries to 2007.