Royal family in shambles: It’s time to seriously talk about becoming a republic

When Harry and Meghan’s (unofficial) biography Finding Freedom is released, we knew it would cause a bit of a storm. Disunity, along with the Prince Andrew scandal, could potentially destabilise the fabric of the British monarch but why is there still no serious calls for Australia to become a republic?

As we are a Commonwealth nation, we share a close relationship with the UK culturally, historically and economically. Prior to 1914, the Land Down Under didn’t suffice anyone’s attention until we entered the First World War. Although we had officially fought under the British Empire, Australians saw this as an opportunity to prove ourselves as worthy defenders of freedom and justice. To this day, the world still remembers the bravery of our Anzac soldiers during the Gallipoli Campaign.

As Australia began to find its ideal “national identity”, we decided larrikinism, egalitarianism, independence and mateship are key characteristics of an exemplary Australian. Some of these values, one can argue, contradict with the concept of monarchism.

Former prime minister Paul Keating (1991-1996) had attempted to pave way for Australia to become a republic prior to 2001 – which was the centenary of Federation. He had envisioned one day Australians can elect our own Head of State. Australia is an independent country, so one does wonder whether it’s even necessary to keep our constitutional monarchy. We will always remember the controversial dismissal of Goth Whitlam.

Today’s Australia is vastly different – 25 per cent of our population is born overseas and one in two Australians have one overseas-born parent. As a country, we have achieved a lot. Australia stood up to the apartheid government of South Africa and led a campaign against the racist regime. Our country also developed APEC (Asia-Pacific Economic Cooperation) to promote free trade and form closer diplomatic relations with our regional neighbours.

Australia has also contributed many inventions which have changed the world. These include polymer bank notes, the black box flight recorder, two Australians were part of the development of Google Maps and the world’s top athletes are and were Australians.

In the last republic referendum, 54.87 per cent voted for the Queen to remain as our Head of State and to have no changes to our constitution. The republic debate has gone quiet for some time, but I’ve heard different reasons why we shouldn’t bother to change. These include loss of a public holiday, the desire to maintain our traditional cultural and historical ties with the UK and changing our system of government won’t make a difference to our everyday lives.

Or, is it a deep and secret obsession with monarchism? As one of my British ex-colleagues once said: “Who doesn’t want a title?” Having studied and worked in the UK for about four years, I had the opportunity to learn a thing or two about the House of Windsor. Even though aristocracy is outdated in the 21st century, but the British royal family still maintains an enduring popularity.

History has shown us the monarchy has withstood the toughest adversaries. For example, it had survived the English Civil War (1642-1651) when the Roundheads sought to abolish absolute monarchy and give parliament control over the country. Although the Parliamentarians won, but disappointment with Oliver Cromwell increased and after his death, Charles II was welcomed back from exile and was restored to the throne in 1660. The royal family was a symbol of British nationalism and resistance against Nazi Germany – British history will never forget the stirring speech King George VI delivered in 1939.

In general, or at least through my own observations, many British people love and support their royal family. Their ubiquitous admiration is present across different generations. In 2018 when I was working as a reporter for the Brighton Argus, I was dispatched to numerous kindergartens and primary schools to interview students about what they thought of Harry and Meghan’s upcoming wedding.

The schools had organised garden parties for the children to celebrate the occasion. The atmosphere was convivial, and the youngsters were excited about their young prince getting married to the former Suits actress. I remembered when the Duke and Duchess of Sussex visited Brighton, the streets were crammed with enthusiastic royal fans.

Whatever the royal occasion, Australia makes sure it’s part of it. Our media has unfailing dedication in providing detailed coverage of weddings, divorces, births, birthdays, charity events etc. Even if a member of the royal family does something vaguely interesting, our media will give it a special mention on their news bulletin.

There were high hopes for the Dukes and Duchesses of Cambridge and Sussex, otherwise known as the “Fab Four”. Royalists said the young quartet are the future of the monarchy, and they would modernise it in order to prolong its legacy. Then, Harry and Meghan dropped their bombshell announcement on January 8 of their decision to step down as senior royals and to become financially independent. It appears there had been tense disagreements behind closed doors before Megxit.

In Finding Freedom, authors Carolyn Durand and Omid Scobie claim the firm perceived the Sussexes’ increasing popularity as a threat and they feared this could “eclipse” the royal family. Then, Prince Andrew’s association with Jeffrey Epstein and Ghislaine Maxwell dominated news headlines when Virginia Roberts Giuffre alleges she was trafficked by Epstein and forced to have sex with the Duke of York when she was 17.

Former prime minister John Howard once suggested Australians are unlikely to become a republic while the Queen is still the reigning monarch. But seeing as how our Head of State’s family is in such a predicament, perhaps this is a very fitting time to have a serious discussion about the future of our constitution and identity. To echo the words of Mr Keating: “It changes nothing more than what is required to make clear and unambiguous our independence and responsibility for our own affairs”. 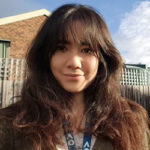 Hsin-Yi Lo is a freelance writer. She was a journalist with Newsquest UK and has worked in the community media sector. She holds a degree in international relations, media/communications and a masters in multimedia journalism. Hsin-Yi writes about media, social issues, current affairs, international politics and multiculturalism