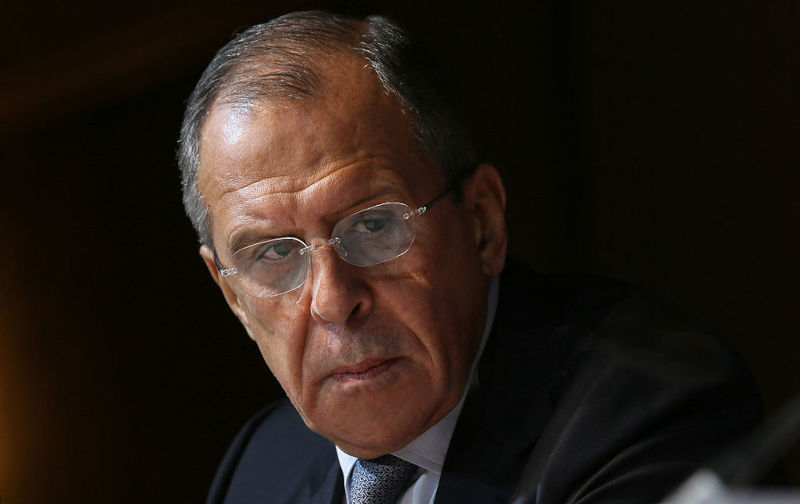 When interviewed on Great Game on Russia’s state-run Channel One (8 Dec. 2022), Russia’s Foreign Minister, Secretary Lavrov, was given ample opportunity to set out Russia’s views on its role in the Ukraine and on the differences his country has with its many adversaries.

The interview is long and Lavrov is aided by presenters who formulate helpful and non-probing questions. The interviewers manifestly work within a framework of “Russia good, others not so good”. That said, the interview repays a visit because (a), it is a full, un-doctored, setting-out of the Russian position, one not adorned by disparaging adjectives or cynical, debate-foreclosing, remarks (b), the length and breadth of the interviewee’s responses challenge our repeated assertions that the Russian people are less informed by their (naturally self-serving) leaders than we are by our (not so self-serving) leaders and (c), Secretary Lavrov shows himself to be a man in full command of his brief, well-versed in the politics and history of international affairs.

We in the West (a peculiar expression as it includes nations like Australia and Japan) have become accustomed to see the Ukraine war as having started with the invasion, indeed the unprovoked and illegal invasion, by a wannabe imperialist Russia of sovereign Ukraine. The unsurprisingly alternative Russian perspective, as proffered by Lavrov, is that Russia is engaging in a special military operation. This operation was necessitated by conduct by Western nations, says Lavrov, conduct which Russia deemed inimical to the security promised to Russia by these very same nations and which presented a threat to Russian nationals for whose welfare Russia is responsible.

Lavrov acknowledges that, not only do the western nations not accept this justification for the invasion/special operation, they also have formed a vigorous bloc which positively rejects any assertion by Russia that it may have some meritorious concerns about its future. He points to the novelty of the legitimacy the western bloc claims for its stance. He observes that, after the demise of the Soviet, the same West, led by the US, saw an opportunity to co-opt resource-rich Russia into becoming a junior partner in the western nations’ agenda. They thought that Russia would be in the “billion’s pocket” (sic) and would internalise western values and norms (shades of what the US expected to happen in China?). Contemporary Russia rejects its assigned role as a lesser nation. No longer able to rely on economic sway, Lavrov argues, the western bloc is now forced to claim that, under threat of punishment, Russia should subject itself to a system of order by which all nation states are to abide, a rules-based international order. It is a system so well-established, avers the western bloc, that it has earned its own acronym: RBIO.

Secretary Lavrov asks: What rules? Whose rules? Mischievously, possibly with his forked tongue in both his cheeks, he tells his viewing audience that he has asked western leaders for a list of those rules but that they have never produced such a list.

Lavrov knew that rules could not be produced as RBIO is a conceptual framework, rather than a specific, unchanging set of rules and norms. Scholars (Lake, Martin, Risse) suggest that it first began to make its presence felt in the aftermath of World War II. A system of agreed-upon rules of conduct, embedded in relatively autonomous institutions, would govern conduct and thereby rein in the exercise of unjustifiable power, especially by the more powerful nations. From the beginning, the rules and institutions identified as the right ones were to be based on the principles of political and economic liberalism, the promotion of market economies, individualistic human rights. The institutions typically thought of as RBIO instruments included (and include) the UN, IMF, WTO, World Bank, and the like.

Unsurprisingly, as the battles for decolonisation raged and the Cold War was hot, these ideas did not meet with universal approval in emerging nations and in those spheres which were intent on the rejection of market capitalism. This is why some commentators, such as John Mearsheimer, said that it is more accurate to say that the system of RBIO only really took off after the Cold War ended. But it never got as total grip on the world’s imagination. It has always been contested, never more so than today.

Many of the nations freed from direct colonial oppression became newly subjugated by the practices of the IMF, the WTO, the World Bank; in Europe, too, the Troika, the main European instruments of the RBIO, bared its teeth during the financial crises of 2007-8 and several sovereign nations lost many of their democratic and self-governing rights. They suffered materially.

In addition, it has become abundantly clear to many peoples that core leaders of the RBIO club of nations (notably the US) have not felt themselves reined in by the rules they promote. There is no space to elaborate but consider: Vietnam, Iraq, Libya; Haiti, Nicaragua; drone attacks on suspected, but not proven, enemies of the state; the practice of exporting torture, called rendition; the use of economic sanctions on individuals, on countries whose regimes which offend the US (James Elmeraji writing in Investopedia jibed that “it’s not a good idea to get on the United States’ bad side)…

The RBIO is not seen as delivering economic welfare by many of the poorest countries and its chief promoters frequently undermine the legitimacy of the liberal political and economic principles of the RBIO system. It is probable that many sense that they can get more material assistance from nation states considered illiberal, maverick avoiders of the supposedly transcendent RBIO, such as China. As a corollary, they are not inclined to think of different political and economic regimes, those not devoted to the RBIO concepts, as inferior in any way. From such a vantage point, it makes sense for many nations and political actors to believe that the claim that countries should be held to account for not adhering to the rather malleable RBIO system to be a ploy by one bloc of competing nations to validate its claim to political and economic dominance. It is not a principled, globally shared, stance. It is more like sloganeering. This was, I believe, Lavrov’s point.

This does not mean, of course, that Lavrov’s justification for Russia’s special military operation is acceptable. He and Russia have an agenda and, while his interviewers did not test them, he also asks the world to accept a series of assumptions which are eminently challengeable. The understanding that the Western bloc’s rigid insistence on a set of unshared principles is not justifiable should not let us turn a blind eye to others’ inexcusable behaviours and arguments.

Lavrov’s contribution is that he alerts us to the fact that we should not allow ourselves to be overwhelmed by the blandishments of a universal of the RBIO’s rightful reign. We should add that like-minded critics should also interrogate similar vague and unsatisfying self-serving mantras offered by opponents of the RBIO. Sloganeering of any kind, ours and theirs, is intended to gull us into unthinking support for one stance over all others. It makes compromise unattainable. People are dying; lives and livelihoods destroyed.