There will be no expansion of NATO to the East! 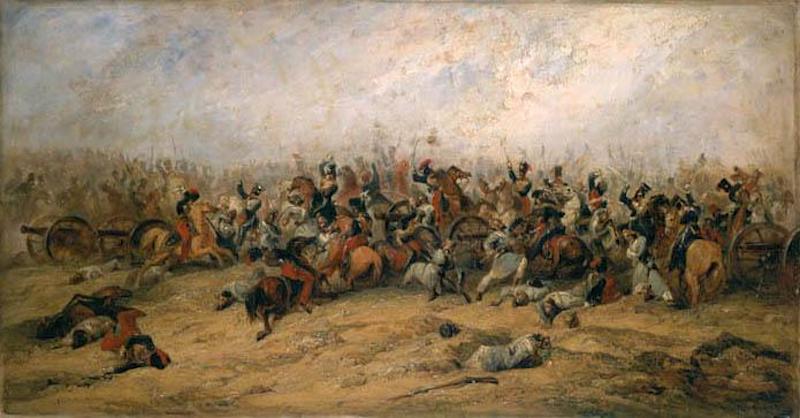 Britain and France opportunistically joined the Ottomans in declaring war on Russia. A number of battles on the Peninsula including the Battle of Balaclava, eventually saw Sevastopol fall after eleven months fighting. (Image: Flickr / Birmingham Museum and Art Gallery)

What would the United States do if it had a country on its borders that was a member of a threatening military alliance?

“We should learn from history,” the chorus sings as news floods in on the Russian invasion of Ukraine.

But the only history lesson they appear to have attended is the one on Neville Chamberlain, Hitler, Sudetenland and appeasement.

Here’s a potted history of a couple of other lessons that should be added to the Western curriculum.

Britain and France opportunistically joined the Ottomans in declaring war on Russia. British and French fleets entered the Black Sea and attacked Russia’s main naval base, Sevastopol on the Crimean Peninsula.  A number of battles on the Peninsula including the Battle of Balaclava, eventually saw Sevastopol fall after eleven months fighting. The Treaty of Paris brought an end to the war on 30 March 1856.

Russian sacrifices were recognised by Churchill who presented a sword to Stalin as a token of homage of the British people for the resistance at Stalingrad.

The Soviet Union is estimated to have lost 27 million lives in the war.

I assume that the chorus is aware of Napoleon’s 1812 invasion of Russia if for no other reason than they’ve heard of Tchaikovsky’s overture.

With this history of invasions from the West is anyone really surprised that the Russians see NATO’s expansion into the East as a threat?

And if Putin couldn’t be trusted with his “no-invasion” statements, he’s in good company in the Lying Leaders Club.

The Americans couldn’t be trusted with their promises to the Russians, such as Soviet leader Michael Gorbachev at the time of the reunification of Germany, that there would be no NATO expansion to the East.

According to US documents, on three occasions US Secretary of State James Baker led the Soviet leaders to believe that German reunification would not see NATO spread to the East.  Baker, for example wrote to German Chancellor, Helmut Kohl saying: “And then I put the following question to him [Gorbachev]. Would you prefer to see a united Germany outside of NATO, independent and with no U.S. forces or would you prefer a unified Germany to be tied to NATO, with assurances that NATO’s jurisdiction would not shift one inch eastward from its present position? He answered that the Soviet leadership was giving real thought to all such options [….] He then added, ‘Certainly any extension of the zone of NATO would be unacceptable.’” Baker added in parentheses, for Kohl’s benefit, “By implication, NATO in its current zone might be acceptable.”

The Americans were not the only ones who gave the Russians assurances. In March 1991 British Prime Minister John Major was asked by the Soviet defence minister, Marshal Dmitry Yazov, about eastern Europe’s interest in joining NATO. Major, according to the diaries of the British ambassador to Moscow, Rodric Braithwaite, assured him “nothing of that sort will ever happen.”

And Putin is not the only Russian leader to have objected.

In September 1993, Russian President Boris Yeltsin wrote to US President Bill Clinton expressing his concerns about the possibility of NATO expanding to the East.

But at that time Russia was in too weak a position to do anything about it.

Since then NATO has accepted 14 countries in Eastern and South Eastern Europe into its alliance.

If Ukraine was a member Russia would have an additional 2,295 kilometres of NATO land and sea border, and the Ukraine border would be only 490 kilometres from Moscow.

What would the United States do if it had a country on its borders that was a member of a threatening military alliance?