Good climate reporting informs us about the complex consequences of a heating planet. In order to also act as a catalyst for change, climate campaigners need to acknowledge the complex emotional responses their stories stir while highlighting avenues for personal and collective action.

A few days ago I received a message from a dear friend saying “Can we chat? I watched something last night and it has left me feeling very disturbed”. It turned out that my friend had watched the contentious film The Planet of the Humans, produced by Mike Moore. It left her feeling hopeless. After a lifetime of environmental awareness and engagement, my friend felt that the movie was telling her that her actions had been futile and would likely remain so. While this movie intended to wake people up, its actual effect has seemed to include tipping people into despair.

There have now been many excellent critiques of this extremely flawed movie with its biased agenda, simplistic analysis, out of date data and lack of proposals for action. At a psychological level, The Planet of the Humans provides, a worst-case example, of the negative impact of climate communications (either accurate or flawed) which deliver catastrophic news and shocking images, without thought for the emotional consequences of their reporting.

Climate discussions need great care and consciousness about how potentially traumatising they can be. Feelings of hopelessness, helplessness, paralysis or numbness are all traumatic responses which can swamp people when they hear climate news. When people are traumatised they cannot respond effectively to threats, or even think clearly about them. If we want to get out of the “hot mess” of climate inaction we must become skilful in negotiating the tightrope between accurate information and traumatic response.

The best climate communications acknowledge not only the complexity of ecological systems but also the complexity of human psychological processes. Many climate presentations relegate a maelstrom of feelings into the realm of the unconscious, or at least the unmentionable. Yet more than anything our emotional reactions to climate information determine how well we respond to climate threats, as well as how we think about them.

One expert in this realm is Jeff Kiehl, an American climate scientist who trained as a Jungian analyst to better understand psychological responses to climate reports. Kiehl is keenly aware of the psychological challenges of climate communications. When he presents the latest scientific understandings to groups, he pauses to invite his audience to speak about their feelings, knowing full well the depth of feeling that this information elicits. In his book Facing Climate Change:An integrated path to the future, he describes one such occasion:

The moods expressed include sadness, hopelessness, anger, denial, guilt, numbness, and fear… Giving voice to the silent spirits inhabiting our hearts brings a certain warmth to the room. In sharing our feelings about these issues a door opens, connecting us… Our shared feelings evoke within us a profound depth of caring.

When people can talk about these kinds of feelings with one another, it helps to identify and process the complex emotions that are stirred. We all negotiate our anxieties better when we know that we are not alone in having them. Acknowledging our fears, griefs, doubts and despairs as well as listening to others grappling with these same feelings, is deeply relieving and bonding. As my own research found, people feel less alone and more inspired to engage with climate issues after these kinds of conversations. The mind clears and the heart opens as fearful, sad, and despairing emotions are named and shared. A stronger basis for engagement emerges as a result of this process of emotional expression and connection.

Climate communicator and researcher Renee Lertzman suggest that lack of climate engagement may not be because people do not care, but because they care so much and cannot deal with their feelings of overwhelm. To counter this effect, good climate communicators learn how to compassionately acknowledge the depth and range of emotional responses in their audiences, often by sharing stories about their own experiences of negotiating their own responses over time. At the same time, they identify the collective nature of these emotions and the ways we can bond through recognising what we feel in common.

When we recognise the commonality of our predicament, and our losses and emotional responses to this, the existential fears and griefs that climate crisis stirs can be excellent motivators for action, linking individual responses to collective movements and resources.

Collective emotional recognition and connection can happen surprisingly quickly. A few years back, I attended a large climate rally. There were many speeches telling us how bad the situation was and how action was urgently needed. As this litany of horror progressed, I felt my mood and the mood of others around me lower. I read fear, despair and grief in myself and in those around me, but there was no public acknowledgement of this, nor space for its expression. But then it was announced there would be a minute’s silence to mark the losses of climate change. Tens of thousands of people readily fell into a silence that was palpable. Although there were no words, there was a strong feeling of connection through this collective acknowledgement of grief. At the end of the minute, a solo didjeridu sang out from the stage, earthy guttural drones with piercing wails, expressing for all what was felt but had not been given expression until now.

These few minutes of shared mourning and ritual marked a collective catharsis. The uneasy despairing mood of the crowd transformed. Spirits lifted and people bonded. The march that followed was joyful and energetic, peppered with music, rallying cries, jokes and spontaneous conversations with onlookers.

Climate engagement needs collective experiences like this. When inarticulate or overwhelming emotions can be expressed through word, and /or honoured through music, silence, image or performance, it constellates energy for action and connection. This energy can then feed into collaborative action, especially when encouragement and directions are given about how to connect with groups and community actions that align with people’s passions and abilities.

Effective and honest climate communications do not work through promising magic remedies or false hopes. Instead, they recognise the power of emotional recognition and connection and link this to achievable actions that work towards solutions. Creative artists, community workers, educators, campaigners and the helping professions all have an important role in supporting this process, as do grassroots conversations and actions.

It is not enough to talk about the dire situation of the climate crisis.  What we must also talk about at the same time, is how we feel about this loss, what we grieve, what we want to protect, and the ways we can join with others to heal our world and ourselves. 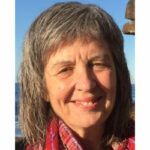 Dr Sally Gillespie is a lecturer and workshop facilitator, member of the Climate Psychology Alliance and the author of Climate Crisis and Consciousness: Re-imagining our world and ourselves.