Sanctioning Israel: Courage to Present a Petition to Parliament 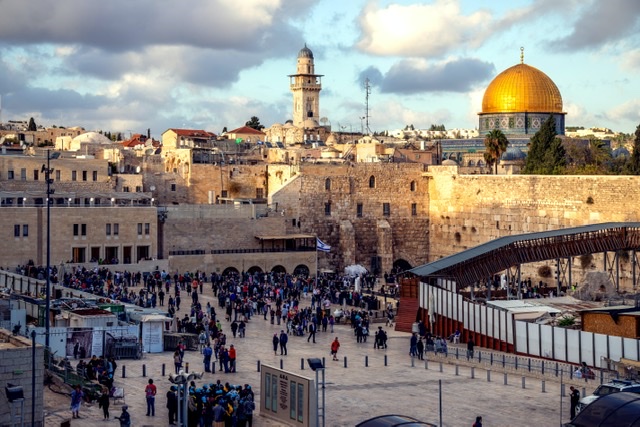 A petition to be presented to Federal politicians on August 9 seeks the imposition of sanctions on Israel. It asks for condemnation of apartheid as a crime against humanity, demands an end to the cruel 15 year siege of Gaza and the 54 year military occupation of Palestinian lands.

Signed by 22,000 citizens, the petition asks for international law to be observed by respecting Palestinians’ rights to self determination and the right of return.

Sanctions would effect an arms embargo, end defence arrangements with Israel and place a ban on the purchase of settlement goods. The petition insists that Australian companies cease operating, trading or investing in illegal Israeli settlements or in other ways contributing to their maintenance or expansion.

The crafting of this petition is significant, so too the possible words of presentation. But on Monday in Canberra, there’s a third significant issue, a fear of even whispering about sanctions on Israel. It’s possible that no Federal member will present the petition.

The mind boggles as to why not? Perhaps ignorance of Palestine or indifference to the plight of Palestinians? Another influence is the assumption that Israel and US interests are identical and Uncle Sam must not be offended. Coupled to that assumption is the view that Israel is an exceptional country and it might be considered anti-Semitic to propose sanctions.

There should be no quibble about sanctions let alone the anti-Semitism charge? Martin Luther King insisted that in response to human rights abuses, sanctions were a moral obligation. Former UN Rapporteur for the Occupied Territories Professor Richard Falk ruled that sanctions were an expression of non violence bolstered by the rules of international law.

Though strangely reluctant to challenge military dictatorship in Myanmar, Australia proudly supports sanctions against several countries, China, Russia, Iran, Belarus. Why this fear to address the massive cruelties so central to Israel’s policies towards Palestinians?

Several Canberra politicians support the human rights of Palestinians and have made public their support, but when the word sanctions is raised, excuses may be easy to find, peppered perhaps with comments about a preoccupation with Covid.

The MP who might step forward, as the courageous Melissa Parke did years ago, may be forever tarred as a trouble maker anti-Semite, or derided, as Greens members have been, and thereby made an easy target for the Murdoch media.

Nevertheless, it is surely not difficult to express dismay at the murder, destruction and ethnic cleansing experienced by Palestinians. Confident with evidence of atrocities, it should not be demanding to advocate grounds for the petition.

Even a glance at history could embolden someone to speak of sanctions. From the start of Jewish settlements in Palestine, Zionist leaders spoke openly about the need to remove the country’s indigenous population. Moshe Sharett a former Prime Minister of Israel, once proclaimed, ‘We have not come to an empty land to inherit it but we have come to conquer a country from a people inhabiting it, that governs it by virtue of its language and savage culture…’

Palestinian Arabs are not really people? Is that the point?

It is relevant to recall savagery in history plus the lasting consequences of British deceit in the Balfour Declaration of 1917, but the case for the petition is immediate. Awareness of atrocities committed a few days ago should prompt someone in Canberra to argue that a call for sanctions is unexceptional and long overdue.

The courageous and principled Israeli journalist Gideon Levy has just written ‘The Israeli Defence Forces are at it again. It was another successful week for them’. He described four separate incidents in which Israeli soldiers killed four Palestinians, a 14 year old boy, a 41 year old plumber, a 20 year old attending a funeral and a 17 year old youth. Levy writes that the soldiers killed because they could do so. Palestinians’ lives are so cheap that killing is of no consequence, of no interest to the media and no-one should ever be held accountable.

As with any ingrained prejudice, anti-Semitism should be outlawed but criticising an Israeli government’s massive abuses of human rights is not anti-Semitic. To label someone anti-Semitic because they raise questions about ethnic cleansing and killing innocent people is the coward’s avoidance of a massive issue.

Israel right or wrong supporters will argue that sanctions against Israel are aimed at ending the existence of the Jewish state. That’s the usual fake news furphy deliberately designed to frighten and distract.

In the context of Monday’s petition, when it comes to the fear of being considered anti Semitic, a world wide immorality, or is it amorality, prevails.

The US ice cream company Tom & Jerry has imposed a boycott on illegal Israeli settlements in occupied Palestine. Israeli spokespersons in the US have called the company’s boycott ‘a shameful surrender to anti-Semitism.’ Even when assaulted only by ice cream, Israel is portrayed as an unfortunate victim.

Another Israeli government spokesperson says the Tom and Jerry boycott is ‘a new kind of terrorism against Israel.’ This well marshalled outrage coincided with the murder of Palestinians and with revelations that the Israeli company Pegasus had sold surveillance technology to diverse unsavoury regimes. Who cares? Denying ice cream to Israeli settlers is a human rights abuse. Really ?

Such information provides part of the context in which the petition for sanctions will come to the Australian parliament. This citizen supported document offers an humanitarian alternative to cruelties. It represents the principle that humanism, in the words of Edward Said ‘is the only, the final resistance we have against the inhuman practices and injustices that disfigure history.’

To present the petition, a touch of courage will be required. Is that too much to ask?