SBS continues to alienate and betray its audience 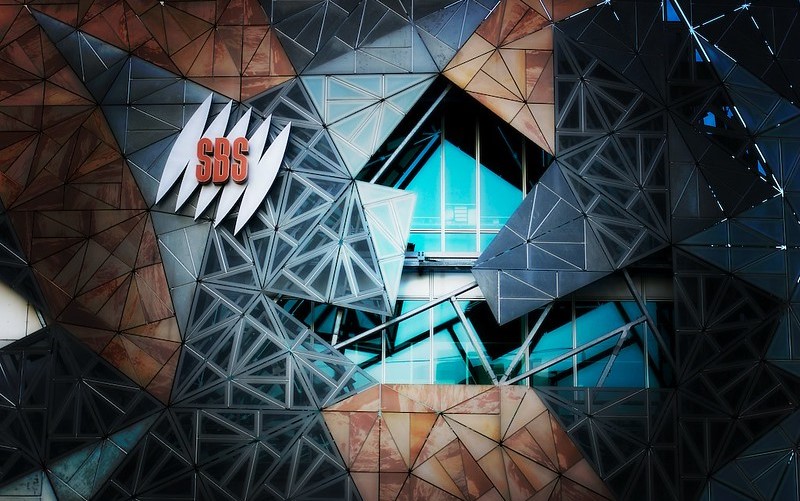 The taxpayer-funded broadcaster’s use of advertising within programs, and its determination to increase this, runs counter to its charter and shows contempt for its viewers.

It was Brian Johns, then Special Broadcasting Service managing director, who in 1987 came up with the idea of supplementing SBS’s taxpayer subsidy by broadcasting ads between TV programs. “I hope I haven’t created a monster,” he told me during an interview over coffee at a Carlton cafe in February 2013.

Johns, whose long career in journalism and media included stints as chairman of the Australian Broadcasting Authority and managing director of the ABC, died in 2016. As a policy adviser to both the Whitlam and Fraser governments, Johns was a foundational influence on the establishment of SBS in 1979. One reason for its establishment as a second government-funded broadcaster was that the ABC was widely seen to be too Anglo-centric.

I had requested the interview with Johns in 2013 when the community organisation Save Our SBS and its 15,000 subscribers and members became agitated about the SBS board’s apparent intention to make SBS Australia’s fourth fully commercial TV network alongside Seven, Nine and Ten.

The agitation had started in late 2006 when SBS annoyingly started to break into programs with ads, contrary to Johns’ and parliament’s intention that ads would be placed only between programs, or “top and tail” as it was always described. We all thought the ad plague was protectively contained as laid out in section 45 of the Special Broadcasting Service Act 1991: that advertisements would be limited to “before programs commence, after programs end or during natural program breaks”.

What did Johns understand “during natural programs breaks” to mean? At our meeting I showed him that exact text from the act. He said it was made very clear that “the integrity of programs be maintained free of advertising” and that “ads were only allowed if a program stops beyond the control of SBS”, such as live sport at half-time. So that’s what “during natural program breaks” meant. I was told the minister and Johns shook hands on this.

The broadcaster complied for 15 years, but then in 2006 the SBS board sought and received legal advice from Bret Walker SC to justify its decision to start broadcasting ads within programs. Most of these ads were aggravating to audiences as many brutally chopped into engaging content.

Our members were enraged. In spite of our requests the SBS board and management have refused to publicly release the Walker advice and correspondence. What are they hiding? At the Senate Estimates on October 26, 2021, Senator Rex Patrick asked SBS to release the advice under the precedent known as “the Brazil direction”, made by the “secretary of the Attorney-General’s Department years ago that, in summary, says because this is taxpayer-funded advice it belongs to the taxpayer”.

Johns told me that he understood why SBS was now breaking into programs with ads – to enhance its revenues – but he felt it was wrong and against the spirit of the amendment he had sought from the government and parliament in 1991.

Reassured by Johns’ frankness, we continued our campaign to try to stop the further commercialisation of SBS. Six years earlier we had publicly petitioned the communications minister and subsequently held discussions with SBS itself, all to no avail.

With enhanced migration about to resume as we adapt to the COVID pandemic, Australia will again be on its growth trend to a population of 40 million by 2055, most of whom initially will be non-English-speaking newcomers. SBS with its multilingual services remains crucial to inter-generational national cohesion. Its world-standard “foreign” program subtitling enriched Australia’s understanding of the world by embracing ethnic, cultural and religious differences.

Save Our SBS, originally an informal fan club, grew rapidly due to SBS’s commercialisation before we incorporated in 2008. We are totally committed to this public broadcaster’s constructive role in our multicultural democracy. Hence our concern that the SBS board and management keep their eye on its intended legislated purpose and not aggravate its audience with a commercial strategy. We believe SBS has an even stronger case for taxpayer subsidy and should not be made reliant on ad revenues, particularly when commercial rivals need every dollar they can earn from their own ad revenues as global video streamers disrupt the domestic market.

Public channels in the UK, those that carry ads, have more advertising than SBS, but SBS has the same number of commercial breaks as those broadcasters. Comparatively, that means SBS has far too many disruptions for its permitted five minutes of ads per hour.

Back in March SBS failed to act on 12,000 emails calling for fewer in‑program disruptions, and now SBS chairman George Savvides has dismissed outright the concerns of thousands of SBS supporters currently emailing him for a better service. His dismissal is contrary to SBS’s annual report which states: “We are audience obsessed. We exist for them [and] make decisions with our audiences in mind.” All emails to Savvides are copied to the minister, shadow minister and other politicians.

Inadequate public funds, a board not pushing the value of multicultural broadcasting sufficiently for greater government support, and a perceived and highly questionable loophole in the law – all this has led the government-appointed SBS board towards a more commercial approach, interrupting programs with advertisements. Too often it’s unwatchable. Programming has shifted to attract advertisers and 72 per cent of the audience now feel betrayed that SBS has become less faithful to its charter. That was the consistent finding of three separate studies of 4953 SBS viewers nationally in different cohorts in 2008, 2013, and 2017. After reading the charter they said: “SBS is less faithful to the charter since it introduced in‑program advertising.”

On top of that, more than 95 per cent of 10,409 SBS viewers nationally in 2013, 2017, and 2020, said: “In‑program advertising breaks on SBS look forced or artificially contrived and it is misleading to describe these as natural program breaks.” More than 6000 viewers in 2021 emailed a similar sentiment to SBS.

Johns told me that part of the reason for his move to take ads on SBS was to prevent its merger with the ABC. The ABC Act specifically prohibits the ABC from running any ads domestically. Ads on SBS made the two public broadcasters incompatible.

SBS has always been woefully underfunded by all governments. Its total income from all sources is way below the other mainstream broadcasters in the country. In 2020-21 SBS received $296.9 million in taxpayer money and generated $119.8 million from ads. It now carries gambling and other contentious, although legal, ads.

Despite Save Our SBS making numerous public submissions to government to better fund SBS and for the broadcaster to honour the original meaning of natural program breaks, not once has the SBS board ever requested specific funds so it can stop disrupting programs for ads. Since 2008 four SBS amendment bills have been introduced into parliament (with funding provisions) to return SBS to limiting ads to the “top and tail” of programs. The SBS board and management never supported or co-operated with the objectives of any of those bills. Instead, in 2012 SBS began lobbying for its hourly prime-time advertising to be doubled. Some 40 years earlier, when SBS began, it had no ads.

In a world of Netflix, Stan, Prime, Binge, Disney and multiple digital streamers that do not disrupt programs, SBS’s current practice is annoying, disrespectful and dated. It also competes with commercial broadcasters. It is reasonable to expect our taxpayer-funded public broadcaster to not interrupt programs for ads.

Save Our SBS has never sought to deny SBS its legislated right to carry five minutes of ads per hour. We have always proposed fewer or no in-program breaks, with advertisements placed only at the top and tail of programs and during rest periods in live sport, as legislated and noted in the Hansard as the meaning of a natural program break. That is the safeguard the legislators voted for in supporting limited advertising on SBS.

As long as SBS keep breaking into programs at whim, the broadcaster will continue to aggravate audiences and ruin engagement and content. It’s unnatural and not what parliament intended. There is nothing odd or remarkable about wanting to see a program uninterrupted.

Brian Johns may not have intended it, but an advertiser‑intrusive monster has been created. Who will fix it? 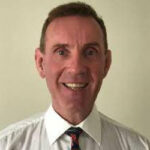 Steve Aujard is president of Save Our SBS