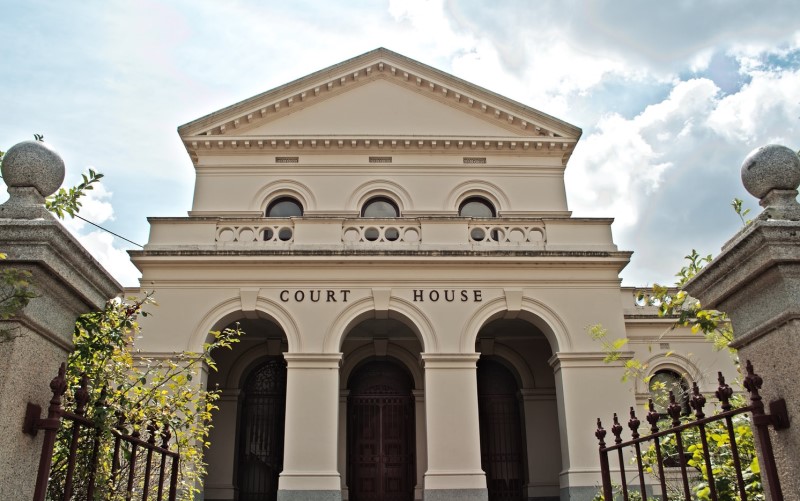 Australia has a predilection for jailing vulnerable citizens but tough penalties are not working. The disadvantaged continue to be repressed, coerced and stigmatised.

Australia is so engrossed in justice as punishment that it fails to acknowledge its adverse consequences, while overlooking justice as restoration.

The criminal justice system has dealt with a staggering increase in drug related offences in recent years. The courts are inundated with people who commit otherwise uncharacteristic acts to fund and support their addiction to methamphetamine.

Oscar (not his real name) is one among many caught up by Australia’s tough sentencing laws. On Friday, I accompanied Oscar to court along with his long-suffering mother. Nine months after committing a low-level drug offence, he pleaded guilty.

Oscar’s lawyer requested a suspended sentence. The magistrate brushed it off. The seasoned lawyer continued crafting the case for Oscar.

I met Oscar in 2015 on release from a lengthy prison sentence for drug offences. He struggled in cell-like accommodation in social housing, an acutely lonely place. Marginal people may get housed but the warmth and love that comes with having a home doesn’t exist. Hurting hearts need filling. Some escape their pain on euphoria-inducing meth.

For five years, Oscar resisted the salve of drugs. But Covid cracked his resolve. Heightened isolation exacerbated his depression. He hit rock bottom, began using meth and sold to friends who likewise grappled with anxieties amplified by the pandemic. Three weeks into his trade, the police pulled him over. A search of his car located 3.8 grams of the drug.

Feeling hugely remorseful, Oscar checked into a peer support service staffed by those who have lived experience of drug recovery. With the support of those who have “walked the walk”, he cleaned out his phone contacts and entered a rehab facility. Afterwards, again with support, he took steps towards a normal life. He rented a unit and created a home filled with friends who weren’t using drugs.

Oscar was not a job candidate. He was 52, in poor health and had no marketable skills. So, he volunteered at the peer support service. Oscar proved a great mentor. He sat at an outdoor table daily, covering its surface with a mosaic of inspiring quotes. Others joined in and their sharing began. He soon became an anchor to the troubled, friendless and searching.

Oscar also took advice for his own sake. He entered a court diversionary program, attended counselling and Narcotics Anonymous and got a lawyer. Nearing his court date, peer workers and friends rallied to calm his fears, reminded him of the good he was doing and wrote letters of support.

The magistrate, upon hearing Oscar’s efforts to rehabilitate himself and others, no longer seemed as certain as before.  She deliberated at length.

The magistrate book-ended her judgement in tough sentencing guidelines. She opened with “drug dealers can get 25 years”, acknowledged the exceptional efforts that Oscar had made and closed with an appeal to “general” offenders.

“General offending” is the idea that a tough sentence will prevent people from committing crime. It assumes that they are rational and will refrain from wrongdoing if the consequences of their actions are perceived to be sufficiently harsh. It also implies that potential offenders can undertake a rational analysis of their actions before committing an offence.

I have listened to hundreds of problematic drug users, incarcerated and otherwise, and have rarely heard of reason being the primary driver for drug offences. What I hear, instead, is the force of desperation collapsed into a narrow set of choices that are available to them.

The magistrate sentenced Oscar to six months, half in custody with eligibility for parole in three. It was a good sentence, given Australia’s predilection for jailing vulnerable citizens.

But it was not the best sentence. Punishment triumphed over justice as restoration that Oscar, peer workers and others were delivering, were proactive in addressing the harm of problematic drug use by seeking to repair and build lives and relationships.

Oscar’s elderly mother must now pack up his possessions and somehow deal with his leased accommodation. Oscar won’t get Centrelink payments while incarcerated. The loss of his home would seriously dent his morale, reduce his prosocial friendship networks, stain his rental record and frustrate his need to provide an address for release on parole.

There are other flow-on effects. Anger and loss have cast a pall over the peer support service. His friends are worryingly quiet. His lawyer is frustrated. The facilitator of the diversionary program is concerned about what Oscar’s sentence might mean for other participants.

When justice as punishment is delivered, many damaging ripples are made.

The following day, I visited the local prison. Since Covid, the prison has placed strict limits on visits. Among other things, I asked how the inmates were faring.

My contact told me, “There’s a lot of fighting”. Levels of violence and mental illness are rising in prisons. Oscar is now confined to that prison. He and others who live and work in the prison must deal with the harmful consequences of justice as punishment.

If the public could see through prison walls, they would soon find out that tough penalties are not working. Tax dollars are being wasted. Public safety is being stymied. The disadvantage of the vulnerable is being aggravated.

Australia needs to urgently reconsider its punitive stance and support more responsive ways to deliver justice. Oscar and others have shown that justice as restoration has potential. It fosters participation, compliance and respect for the dignity of all. It supports the recovery of problematic drug users trying to become law-abiding citizens and cultivates protection to society that the law seeks to provide.

Meanwhile, justice as punishment prevails. People like Oscar continue to be repressed, coerced, isolated and stigmatised, the ripples flowing on and on and on. 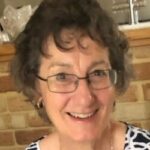 Jane Anderson is a social anthropologist and honorary research fellow, University of Western Australia. Between 1999 and 2016 Jane focused her studies on reform issues in the Catholic Church. Her PhD on priests in sexually intimate relationships was published as Priests in Love. Jane’s work Innovative Catholicism challenged her to take a different direction in life. She has since worked restoratively alongside prisoners, problematic drug users and their families, and chronic homeless people. Today, her writings are informed by restorative justice principles and a progressive Catholic Christian morality