In our partisan and damaged society scientific integrity is important and a part of the public discourse. For example, prominent scientists have critiqued the use of Chief Scientist Alan Finkel to support extracting more gas for Australian energy.

The partisan criticism of climate science has gone on for decades. These attacks were recently documented as the ‘night of the short knives’ by the Abbott government. One target was the Clean Energy Finance Corporation (CEFC), but the CEO at the time, Oliver Yates, defended the organization as an independent statutory body granted power by parliament not by the Minister. Ultimately parliament defended the CEFC, although it is under attack again as Minister Angus Taylor seeks to amend its mission to embrace gas.

CSIRO is an independent statutory agency too, with its own act of parliament and it takes direction from an independent board. It need not take direction from a Minister or government bureaucracy. Problems with climate science also emerged as the issue gained urgency. This was first manifest as censorship and gagging of scientists. With the election of the Rudd government we negotiated a Charter of Science Integrity, an agreement between the Minister and Board Chair, to control inappropriate partisan direction of science and license appropriate public comment by scientists. The charters applied to other statutory agencies, but not to all public-sector science.

The obvious complexity for government agencies is the lever of budgetary control with the appropriated budget (about 60% of all funding) at threat in recent years, but this at least requires parliamentary approval. The remainder of the funding is private and discretionary government external earnings. The funding risk creates timid executives, but investment is attracted to CSIRO because it is trusted by the public.

The role of charters is mainly cultural, constraining executives to prioritize science integrity. They are industrial instruments principally upheld by the scientific staff and not their administrators. It empowers technical and scientific staff to reject inappropriate management. Like most cultures it requires periodic renewal. In recent years the focus on scientific culture as opposed to corporate culture has declined, and there are increasing concerns illustrated by culls of climate science in 2016, controversy over the integrity of water science in the Royal Commission into the Murray Darling basin, and fugitive gas emission science as part of the GISERA alliance between CSIRO and fossil fuel companies.

A recent community consultation I attended in Gippsland for on-shore conventional gas used GISERA social research to measure community acceptance of new gas extraction. The unassailable research declared majority approval. Such work in isolation may be above reproach, but the broader science insists that we keep fossil fuels in the ground, and the GISERA declarations are frustrating.

In modern life, science is broadly important. Partly in response to initiatives in the United States (now under threat), the Staff Association campaigned on behalf of the Community and Public Sector Union (CPSU) from 2010 to 2013 to establish science integrity principles as agreements signed by all departmental heads committing to appropriate use of science.

In a difficult 2013 with multiple changes of Science Ministers amongst labor government turmoil, a remarkable effort by Secretary Sam Popovski reached broad agreement with the bureaucracy. Sam repeatedly returned to Canberra to persuade each new science Minister on the importance of science integrity. At a Staff Association Council meeting in Geelong in June we received a call informing us the letters were on Minister Chris Bowen’s desk awaiting his signature. He baulked and sought one last reassurance from the Australian Public Service Commission (APSC).

An excruciating meeting followed with an APSC executive, who insisted every professional public service function had utmost integrity, at least as the sacred duty to follow the direction of the Minister. The inference was that it was arrogant for science to be a special case, a common two-cultures misunderstanding. Ironically it proves the point: the most difficult person to persuade to support scientific integrity is often a powerful bureaucrat interested in the preservation of the power of frail human governance.

The APSC was often the bane of union aspirations with the four enterprise agreements I helped negotiate. Nevertheless, the bastardry of the rejection of science integrity in the Westminster form of democracy was a big frustration. It was bitterly ironic seeing secretary John Lloyd resigning to avoid accountability on inappropriate communications with the Institute of Public Affairs, an anti-science right wing advocacy group where his allegiance is long standing.

The consequences of immature science integrity is that Ministers Angus Taylor and Sussan Ley push ideological or vested-interest agendas without proper science. In supporting the interests of gas, the Chief Scientist Alan Finkel is co-opted as support naively assuming that he knows best, perhaps understandably because of his own stellar achievements. But personal excellence in itself is not enough. Science integrity is a broad collective social effort, always vulnerable to individual failings and bias. In Australia none of our institutions systematically work towards ensuring science integrity and this must change.

In reforming the Environment Protection and Biodiversity Conservation (EPBC) Act, the plan ignores a high level review and flies in the face of our alarming loss of biodiversity and natural habitat. Australian exceptionalism excels at extinguishing native fauna and native title.

The paradox is that the public wants more climate action despite the political rhetoric. The public also supports strong border controls to combat the pandemic, heeding medical advice and tests. However, the strategy of creating uncertain science messaging and promoting pseudoscience conspiracies, like the efficacy of gas for energy and job creation, is sufficient for partisan electioneering.

However, in the long run, societies that better assimilate science into policy will do better. We need a renewed supply of high-quality advice focused on Australian issues with a culture of transparency, independence and integrity. The current economic crisis with massive job losses in higher education is dramatically impacting on job security in the science system, with large risks of broader damage to our society.

Better science advice needs the public to understand the risks and be outraged. We also need wise leadership. These lessons aren’t new, King Cnut knew them even before rising sea-levels were a thing. However, it may be a case of being careful of what you wish for, and whether Prime Minister Scott Morrison is a modern-day Cnut or not. 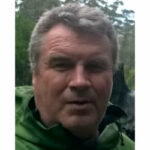 Michael Borgas was a CSIRO Atmospheric Scientist from 1987 to 2016 and President of the Staff Association from 2002 till 2016.