How competent is Scott Morrison as a manager of government business? 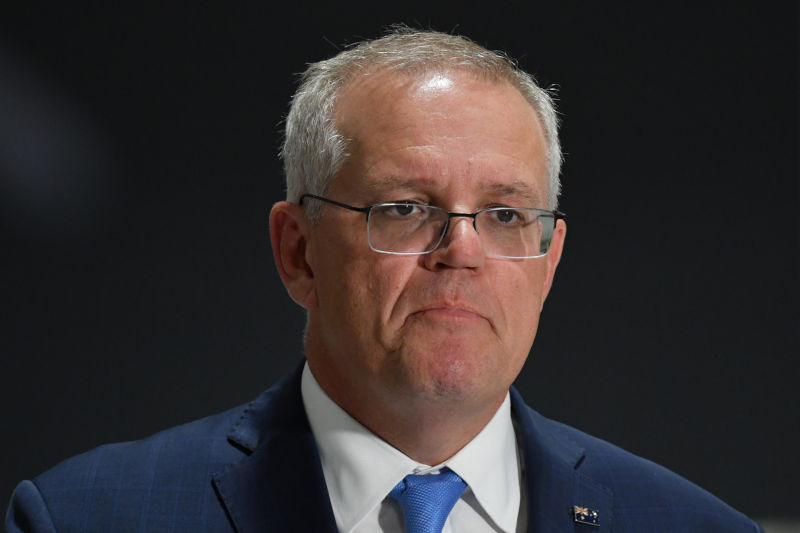 Scott Morrison wants the election to be about competence, but an examination of his record suggests that he is not capable of delivering good government.

Scott Morrison has never had a policy agenda. Rather he sees his role as reacting to and resolving problems as they arise, and not setting a policy reform agenda.

Consequently, Morrison is seeking to make the forthcoming election purely a choice based on who is the more competent to manage the government of the country. As Morrison put it: “This election is a choice between a government that you know and has been delivering and a Labor opposition that you don’t.”

But how competent is the Morrison Government really? How well has it in fact been delivering?

There are in fact a stack of good reasons that lead to the conclusion that Morrison has repeatedly failed to deliver good government.

First, and very importantly, there is the question of trust. Good government depends upon people being able to trust that government. But we know, thanks to many of Morrison’s political colleagues, that even they do not trust Scott Morrison.

Second, there is Morrison’s fetish about secrecy. The Hawke Government understood that it is impossible to successfully pursue a reform agenda without popular support, and this in turn is dependent on persuading people by making information available regarding the performance of the government and its programs. But the Morrison Government has suppressed all such information, and further it relies on consultants who tell it what it wants to hear whenever it moves beyond policies based on whims and prejudices.

Similarly, public integrity is too often absent. Instead, we have had a series of grants to different communities with no due process. The same is true for most of the infrastructure projects, which do not have any business case when they are announced. And there is still no public integrity commission to help act as a deterrent to improper ministerial approval of grants and contracts, despite it being promised as long ago as the last election.

Turning to what the Government has actually achieved, for many people the most important problem for governments to tackle is climate change. Morrison is priding himself on announcing a commitment to net zero carbon emissions by 2050, but that is just it. It is an announcement and not a policy.

There is no policy that shows how Australia will reach net zero emissions. Sure, Morrison has a slogan – technology not taxes – but what is lacking are policies that will drive and facilitate the take-up of the necessary technologies.

Market forces will ensure over time the take-up of the necessary new technologies as the cost of renewable energy falls but putting a price on carbon would be the best and most efficient way to achieve the necessary acceleration in the reduction of carbon emissions.

Not only is the Morrison Government reluctant to introduce a carbon tax, it also is not actively facilitating the take-up of renewable energy, electric cars and other ways of reducing carbon emissions. Instead, the Government is still supporting the development of new sources of fossil fuels and intervening to prolong the life of existing sources.

In short, the Morrison Government is not managing the translation to a carbon free economy at all well.

Of course, what Morrison is really hoping is that the public will judge him and his Government to be competent based on Australia’s relatively good record in limiting the Covid pandemic, the strength of the economy, and national security.

But starting with the Covid response, it is arguable that it was not so much the Morrison Government that limited our caseload and death rates compared to other countries, but other factors.

First, Australia is an island and a long way from the principal centres of the Covid viruses. This gave us a degree of natural protection, greater than in say Europe.

Equally, there are questions about the Government’s vaunted claims about their role in the management of the economy. The key program in response to the economic threat posed by the pandemic was JobKeeper, but this program was first proposed by Labor before the Government was persuaded to adopt it. And even then JobKeeper was badly designed and managed, with at least $20 billion being paid out to businesses who turned out to have such strong revenue growth that they didn’t need JobKeeper and should not have been eligible.

Furthermore, a key reason why Australia’s economic performance has been better than many other developed economies reflects the fact that we were better able to contain the disease for the reasons explained earlier. As all economists have recognised, a healthy society is vital to a healthy economy. But the Morrison Government was constantly trying to remove the health restrictions as they thought these were limiting the economy.

Looking ahead, a key question is how well has the Morrison Government set up the economy for the future? The Government has ceased ranting against debt and deficits, but many of the Government’s supporters are still worried about the mountain of public debt that has accumulated under this Government.

In its argument that the nation’s finances are sustainable, the Government focuses almost exclusively on the debt situation, but largely ignores the budget deficits that are projected to continue long after the return to full employment.

The Government is certainly correct in its conclusion that the “Australian Government’s debt burden remains manageable and Australia continues to have lower debt as a share of its economy than many other advanced economies”. But the Government’s Budget deliberately ignores the budget deficits that it forecasts will continue even after aggregate private demand exceeds the full potential output of the economy.

The Budget forecasts show aggregate private demand clearly exceeding economic capacity. One consequence is that Australia will increase its reliance on imports to meet that domestic demand with the current account balance forecast to switch from a surplus equivalent to 3¾ per cent of GDP in 2021-22 to a deficit of 6 per cent in 2023-24.

This forecast deterioration in the balance of payments is bound to put downwards pressure on the exchange rate, and this along with the inflationary pressures from the excess demand risks an unacceptable increase in inflation.

Already there are signs that inflation is picking up, and given this outlook, the Australian government should certainly not be adding to total demand by spending more than it recovers through taxation revenue. But that is exactly what it is proposing, with Budget deficits forecast forevermore, and as high 3.4 per cent of GDP in the forthcoming financial year.

The responsibility for containing inflationary pressures will fall entirely on monetary policy, with fiscal policy undermining the Reserve Bank’s efforts. One result will be that interest rates rise even more than would be necessary if fiscal policy was working in tandem to support monetary policy.

Frankly, it is therefore doubtful that the Government’s fiscal policy settings are sustainable, which throws into question their vaunted capability as economic managers.

Finally, there is the performance of the Morrison Government in managing national security.

As the four articles by Admiral Prune recently posted in Pearls & Irritations (6-9 April) make clear Australia’s military capability is inadequate relative to the threats we face. Australia has wasted an enormous amount of money buying the wrong ships and planes, and we now face a major capability gap. Far from ensuring national security, the defence of Australia looks very problematic over the next 20 years or so.

Given Australia’s inadequate “hard power”, we will need to rely more than ever on “soft power” to minimise the external threats to our security. But funding of the diplomatic corps has been cut over successive budgets, and the latest budget is no different.

Now our diplomatic shortcomings have enabled China to negotiate a security agreement with the Solomon Islands, despite our belated protests. Although this failure also reflects a failure of intelligence, if Morrison is to be believed that we had no knowledge of this possible agreement before 24 March which, however, I am inclined to doubt.

But the biggest problem is that the Morrison Government seems to have no foreign policy. Instead, it waits to find out what America thinks and then falls into line, thus weakening further our influence elsewhere.

In sum, once the record of the Morrison Government as managers is examined in any detail it is difficult to think why Morrison would expect to be judged to be a competent manager of government business.