For many Australians, the relative decisiveness and efficiency of government decision-making over the past few months has been a welcome change.

Straight talking from experts and politicians has helped us understand the choices facing the nation and the intent, if not the detail, of decisions being taken. Collaboration across political and state boundaries has breathed fresh air into our perception of government.

In return, the public has responded with understanding to difficult government decisions in a way unimaginable a few short months ago. Yes, there has been a degree of confusion and disagreement. And it is clear also that our faith in government has limits and remains fragile. But for the moment at least, a distinctly different bargain exists between government and its people.

Change also extends to the media. Starved of its usual oxygen of base political contest, the media has refocussed. Infection and death rates, policy detail and the changing state of the nation have knocked political gossip from the front of media discussion. Policy, rather than politics, has our attention.

Perhaps the most obvious symbol of change has been National Cabinet. From the ashes of a disharmonious and often acrimonious Council of Australian Governments has risen an effective, cooperative decision maker at the pinnacle of our federation.  The contrast with what is rapidly becoming the “Dis” United States of America could not be greater.

If it was possible to leave the context of a devasting pandemic aside, there is a bit to like about this new Australia. Diligent, honest governments working hard together to define and implement actions focussed on the interests of the people. If only we could have that all the time.

But the reality is that you cannot leave context aside. We are in a crisis. And in a crisis, different rules apply.

With crisis comes focus. The normal array of competing interests and claims governments must balance are put to one side. In their place a clear, common, and all-encompassing objective emerges. For Australia today the objective is simple: control the spread of the virus while minimising economic harm.

It is this focus that has changed government and, along with it, society. Timeliness and decisiveness have overtaken consultation and nuance as desirable government traits. An elite decision-making model has emerged, where experts in relatively narrow fields drive overall policy. Australia’s generally more reflective democracy, where governments respond to the unadorned opinions of constituents, has suddenly lost its attraction.

Suspension of the normal operations of parliament, party and ministerial office has reinforced this shift. Even ideology has, apparently, been put to one side. Only an externally generated crisis could bring such large changes in the operation of our democracy, so quickly and so quietly.

So, where does this leave us as a nation.

The first and most important observation is that we should not expect what we are seeing from governments through the crisis to continue once it is over. Many of the government behaviours we admire today will become far less attractive as life returns to normal. Few of us would accept the incursions we have seen into our basic freedoms in normal times, let alone without the opportunity for widespread debate and consultation.

The second observation is that, as messy and frustrating as our democracy can be, the underlying structures of our nation serve us reasonably well. National Cabinet could not exist without the infrastructure and traditions that supported COAG. And the critical role being played by chief medical officers would not exist without past decisions by parliaments and past planning by executive government.

The third observation is that how our democracy works is as much about behaviours and expectations as formal structures. No law required our parliamentarians to change the way they work. Instead, these behaviours came from the heightened sense of duty a crisis brings. This is one change we should seek to retain as the crisis recedes. Once again, the contrast between Australia and our friends in the US could not be stronger.

The final observation is that now is the right time to start the transition back to a more normal operation of our democracy. With the immediate health crisis receding, it is in all of all interests for greater consultation and debate to resume as we chart the difficult steps involved in reopening our society and economy. Even ideology has a place in the debate moving forward.

But a complete return to the past would miss an important opportunity. While our democracy is not bad, it could certainly be better. Now is an obvious time to think about positive change. There is no reason why some of the positive behaviours we have seen from government in the crisis should not continue as we return to normal.

Like our economy, our parliaments have been largely put into hibernation. The upside of this has been the space it has given executive government to manage the pandemic. The downside is that parliament is the cornerstone of Australian democracy.

A return to the normal functioning of parliament is critical as we move into the next phase of decision making in response to COVID-19. Decisions to reopen our society and economy, and those which will define our new normal, are decisions of recovery not crisis. Governments now should move quickly to re-establish normal parliamentary operations.

As our parliaments return, every parliamentarian and all political parties should reflect on the duty they have to the nation as a whole. Our clear expectation should be that the overtly partisan politics of the past be replaced by a more positive approach to collective decision-making. We need a return to a contest of ideas, not of base politics.

One positive approach would be for parliament to commission a series of inquiries around some of the longer-term issues that will define Australia once the crisis is over. Every crisis brings change to society. And now is the time to start thinking about the Australia we want to create post-pandemic.

There are many fruitful lines of inquiry parliaments could take. One would be to examine how best to ensure intergenerational fairness in managing the public debt created through the crisis. Another would be to examine how best to facilitate the movement of people across Australia’s border, while protecting against future pandemics.  A third might be to examine the impact greater working from home might have on Australia’s society, economy and environment. But the main thing is to engage parliament actively in decisions that are to come. 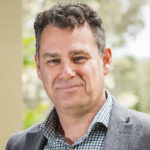