Seismic rumbling in the world of anti-money laundering

A seismic rumbling occurred recently in the field of anti-money laundering – one that portends a tectonic shift in the way in which money is laundered around the world. It’s a shift that also hopefully, finally, brings an end to the merry-go-round of international gamesmanship played by the largest money-laundering centres of the world.

If Switzerland isn’t made nervous by this, it has seriously missed the memo. As is the way of paradigm shifts, the impetus has come from far outside the usual players.

Its reason for taking up this cause? The absolute impossibility of achieving the 2030 Agenda for Sustainable Development while trillions of dollars continue to flow out of developing countries into developed ones – facilitated by opaque legal arrangements and euphemistically-named offerings such as discretionary trusts, international business companies, and captive insurance companies  – all sold and serviced by the money laundering-havens of the world.

The UN has announced its arrival in this squabble through the publication of 14 Recommendations by the ‘High Level Panel on International Financial Accountability, Transparency and Integrity for Achieving the 2030 Agenda’ (or the ‘FACTI Panel’ for short).

The FACTI Panel Recommendations were launched on 25 February this year, by none other than the President of the United Nations General Assembly and the United Nations Secretary-General. The involvement of these two sends a rather pointed message that this is a topic that the UN is taking very, very seriously.

What do the recommendations cover?

The UN has recognised that attempts to achieve the 2030 Agenda for Sustainable Development will be drowned under the same old problems that plagued the Millennium Development Goals: developing countries are unable to raise tax revenue and prevent that revenue from flowing out the back door. In short:

“tax evasion, money laundering and corruption, as well as tax avoidance, especially in an era of digital economic activity, demonstrate that the world needs to put more effort into preventing financial crimes, creating level playing fields, ending financial opacity, and mobilising resources equitably. The international community needs multilateral action to tackle these challenges if we are to reach our global goals.”

The problem is not going to be solved by a myopic focus on developing countries themselves. The root cause of the problem, and the solution, lies elsewhere.

As numerous reports have shown over the years, the illicit funds generated by tax evasion and corruption committed in developing countries almost never remain in the country where the crimes are committed. Those funds flow into real estate, bank accounts, share portfolios, fast cars and jewellery in the large developed nations of the world – all facilitated by entire industries designed to ensure that the offenders are able to enjoy the spoils of their crimes, unhindered by pesky questions regarding the source of their unexplainable wealth.

There are trillions of reasons why the countries housing and facilitating this process don’t want the rivers of dodgy dollars to dry up. For some, it is their primary ‘export’ and one for which they have fought tooth-and-nail to keep. It is no coincidence that the countries which feature at the top of the World Bank’s GDP per Capita index are many of the same that feature at the top of the Tax Justice Network Financial Secrecy Index.

And that is part of the reason why past attempts to address this issue have fallen flat.

So, what happened before? The vested interests wrote the policy

The Financial Action Task Force was created in 1989 to address cross-border laundering of the proceeds of drug crime. Its method of doing this was to develop ‘Recommendations’ that countries agreed to adopt – and so far over 200 countries have done exactly that. Unfortunately, that didn’t have much of an impact on cross-border money laundering, and if one were to seek a reason why, you need not look further than the FATF’s current ‘grey list’ of countries.

The grey-list, along with its friend, the black-list, exposes countries that have been found to be insufficiently compliant with the FATF ‘Recommendations’. These countries risk economic consequences via de-facto economic sanctions through restrictions on access to correspondent banking channels.

In fact, the countries that have featured in the major money laundering scandals and leaks of recent times (such as the Paradise Papers, Panama Paper, 1MDB, FinCen Files, Lux Leaks and Danske Bank) have all-but-never appeared on the FATF grey-list. A situation that has occurred because large-scale cross-border money laundering, year after year, is ironically not the sort of failing that results in a country being grey-listed.

The reasons why the FATF has gone down this path are many and varied but can almost certainly be sheeted home to the fact that FATF Recommendations and subsidiary publications must be approved by member countries. The 37 member countries of the FATF include major money-laundering centres such as Hong Kong, China, Luxembourg, Singapore, Switzerland, United Kingdom and the United States. All of them with the ability to ensure the FATF Recommendations never got too close to spoiling the party.

So, does the United Nations bring something new to the equation?

The UN brings an entirely different approach to the problem and one which is likely to change the game entirely.

Not only has the FACTI Panel drafted its recommendations free from the interference of vested interests, but it has also explicitly stated that it wants to bring civil society into the international policy-making tent. Something that the notoriously insular FATF has (until very, very recently) assiduously avoided.

The submissions considered by the FACTI Panel cover groups such as Transparency International, Global Financial Integrity, and Sherpa, and have provided unique insights on how illicit financial flows and money laundering occur – and how they might be addressed.

In addition to this new approach to policy-formulation, the FACTI Panel has recommended the establishment of “an inclusive and legitimate global coordination mechanism […] to address financial integrity on a systemic level” and “create the legal foundation for an inclusive intergovernmental body on money-laundering” as well as a requirement that “international organisations must provide timely advice related to illicit financial flows so that procedures, norms and policies can be updated regularly”.

An entity such as this, operating within and utilising the strength of, the United Nations will be protected from the vested interests that hampered the FATF. Operating with a legal foundation and General-Assembly mandate to develop an effective global coordination mechanism for generating, disseminating and using the information on illicit financial flows will provide it with an unlimited potential to fill the gaps left in previous international anti-money laundering policies.

The first task on the agenda for this entity will hopefully be the commencement of a continuous International Money Laundering Assessment – to identify, assess and understand how money laundering is committed around the world, and provide specific information on the jurisdictions and entities (banks, law firms, accounting firms etc.) that are involved.

The second task should be to conduct evaluations of a country’s anti-money laundering systems, with a singular focus on the impact countries have on each other – rather than whatever they might be doing with respect to money that is laundered within their own borders.

The third should be to call for sanctions on jurisdictions that refuse to repeal legislation that is designed and implemented to provide products and services that facilitate illicit financial flows and money laundering.

Where to from here?

Through the development and publication of the FACTI Panel Recommendations, the UN has taken an extraordinary first step toward addressing the problems that prevented the achievement of previous poverty-reduction programs. The only losers in this process will be the rich, powerful money-laundering havens that have gamed the international anti-money laundering system for the past 30 years. We can expect them to come out in force, as they always have, battling to maintain the status quo, and with it their standard of living.

My money, this time, is on the United Nations to win. 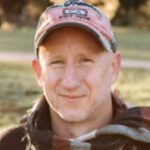 John Chevis is a senior adviser for Transparency International Australia. He spent 12 years working on fraud and corruption cases for the Australian Federal Police and is an occasional adviser on anti-money laundering for the United Nations.