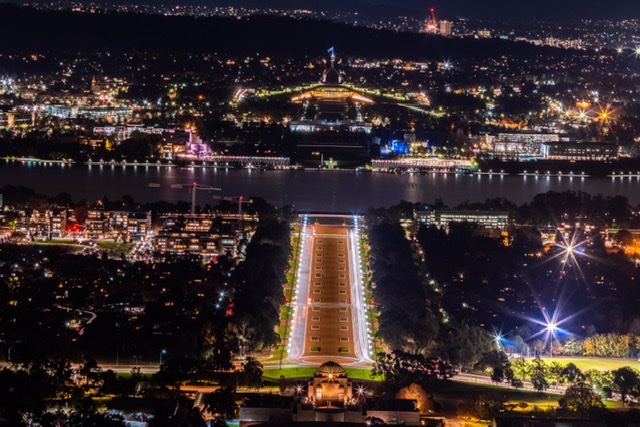 Three decades ago, Bob Hawke seized on Joh Bjeke-Petersen’s revolt against John Howard’s leadership of the Liberal Party with a campaign slogan which said of the coalition, “If you can’t govern yourselves, you can’t govern the country.” Obvious party disunity tends to have that effect.

But it’s not only open squabbling, leaking and undermining that signifies a party losing a grip on its capacity to rule. It can come also from signs that a party lacks the discipline, the rules, the devotion to tried and accepted processes, and the moral leadership to be able to concentrate on doing the job. After a month of chaos in the coalition, any observer could be forgiven for wondering whether the government, the prime minister or both are doomed.

One might think that this should not be so. As the Treasurer, Josh Frydenberg has been proclaiming, Australia is emerging from the most challenging economic circumstances in more than 70 years already in a generally better economic position, apart from enormous government debt, than ever it has been. Employment is up. Parts of the private sector are wallowing in government cash or tax incentives – all able to be spent with very little accountability.

While Australia’s island status and the efforts of premiers and chief ministers can take their share of the credit, the Morrison government deserves some credit for the way in which it took early charge of the pandemic, and the economic catastrophe that involved, dropped most (but not all) of its ideological blinkers and forged a path out. Australia’s achievement, whether with morbidity and mortality only a tiny fraction of the US, Canada, Britain, western Europe and South America, or with an early economic recovery ahead of most other countries, is no small thing, and will sound heavily with voters when they next come to pass judgment.

Most voters, we are constantly told, make judgments based on economic assessments, and on achievements rather than aspirations. In Australia, moreover, governments lose elections rather more than oppositions win them, and though the tenure of the Abbott-Turnbull-Morrison government is now at the point where governments lose, Morrison’s energy, and the impact of the pandemic and the recession may serve to be making 2021 seem to be year 2, not year 8.

But events of the past month, particularly on issues involving sexual assaults on women, and, more recently, the antics of a class of coalition minders, have done serious damage to the government and to Scott Morrison. After every fresh disaster, Morrison seemed first to dig in, not least with his trademark prevarication, bluster and blame-shifting. Then when it became obvious even to him, that he was only making his situation worse, he attempted to retrieve his position by admissions that he had failed to appreciate the issue, with appeals, particularly to women, that they understand and join with him in a crusade to improve the issue.

His appeal included claims about his love for the female members of his immediate family. For those inclined to extend sympathy, if not forgiveness for his wooden headedness he would seem almost immediately to sabotage himself by putting on the snarl, making threats (and false claims) to journalists, and undoing all of the humility and the humanity he had only just been putting on.

Meanwhile, in parliament, his political combativeness, unwillingness ever to concede a point, and his tendency to use carefully chosen forms of words to avoid accountability put all of his least attractive characteristics on display day after day. When the woman allegedly raped in the office of the minister for defence addressed the women’s rally, she said that one of the most bitter pills had been that while Morrison had been publicly apologising to her for what happened, she had learnt that his office had been backgrounding selected journalists with supposed dirt on her loved ones. At least one journalist who said he had been backgrounded made it clear that he would give chapter and verse of what had been said, and by whom, if such backgrounding were denied.

Morrison was asked about what he knew of the backgrounding, and if, as he claimed he had not authorised it, what inquiries he had made of his office about whether it had occurred. Day after day, to an identical question he would say that he had no information that any such backgrounding had occurred. He would ignore the question – sometimes asked front on, about whether he had made any inquiries. It was obvious to anyone, on either side of the chamber – that he would not ask the question of his staff because it would show trademark Morrison politics in action – saying one thing in public while studiously pretending ignorance of what was being done in his name behind the scenes.

If I were in the Labor campaign team, I would be playing over and over again the tapes of Morrison’s evasions and prevarications on just this issue alone. So obvious was the effort to avoid telling the truth, that ordinary members of the public would have no difficulty in appreciating his shiftiness, his shittiness, shirtiness and lack of basic decency over a sexual assault which was causing his government political problems. Over the period he was further entrenching that impression over his resistance to any examination of the fitness for office of Christian Porter, and his automatic instinct to defend men in his team who had been accused of blackguarding the rape victim. The problems, and impressions were compounded by the evasions and time-wasting of the secretary of his department Phil Gaetjens (a former member of his staff) and the extraordinary spectacle of police commissioner, Reece Kershaw, in changing his evidence  180 degrees to a parliamentary committee so as to make his statement “agree” with Gaetjens.

Indeed the most politically potent aspect of the events of recent weeks may not be the impetus to changed attitudes over sexual assault, whether in parliament or the broader community. It may be in persuading people that the government’s response to this “crisis” is all of a one with its ad hoc, and frequently ham-fisted responses to other crises in the community – including climate change, defence procurement, bushfires, floods, and policies to protect older Australians, veterans, the disabled, and indigenous Australians.

There is very little focus on good policy formation, on evidence, or even on the reports of inquiries originally commissioned with a view to putting off action under the pretence of needing the best advice. Hosts of announcements, each with very little substance, but carefully positioned from a marketing point of view to seem engaged, active and caring. Various big splashes of money, almost invariably to mates and cronies in the private sector, with little in the way of accountability requirements. A pattern of governing, and spending, without any apparent overriding principle, or internal scrutiny of value for money. Deep resistance, joined by an increasingly politicised senior bureaucracy, to traditional means of checking and controlling expenditure or monitoring the behaviour of supposed stewards of the public interest. Conscious politicisation of supposedly independent forms of review. An increasingly corrupt indifference to traditional – perhaps constitutional – principles of fair play, equal treatment and access to public resources, and increased confidence in the politician’s “right” to spend by whim, and to rule by discretion and lack of regard to the spirit and letter of the law.

It is within this sense that one should look at recent weeks for evidence about how the coalition governs itself — including its appetites — and how it governs “for” Australia. And some will further ask whether, if the system is so compromised, we should assume that economic decision-making or public health policy has been somehow quarantined from the misgovernment, mismanagement and contempt for the public interest.