Sexual violence makes a farce of the rule of law 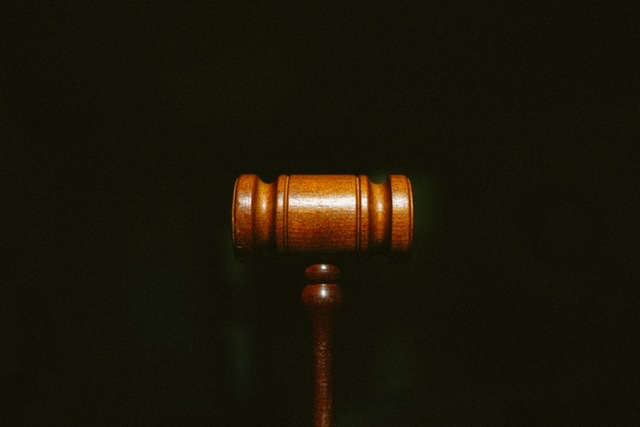 One should always take great care in assuming the reliability of statistics or the factual basis of arguments and prejudices promoted by the NSW Police Commissioner, Mick Fuller. But he may have made the argument for fundamental reform of sexual violence and sexual harassment laws in suggesting, defensively this week, that only a small proportion of sexual assaults are reported to police, that of these, only about 10 per cent are developed to the point of charges against the perpetrator, and that of these, only about 10 per cent advance to a conviction.

If 10 per cent of sexual assault victims complain – and the figure may be less than that, the consequence is that the combined efforts of cops, juries and judges punish about one in every thousand offenders. That makes a complete joke of any idea that the “rule of law” prevails to protect women from unwanted sexual assault, and tends to suggest that all of the “reforms” to the laws dealing with sexual assault have been entirely ineffective – indeed a complete waste of time. I do not attribute this result to police incompetence or lack of motivation to deal with the scourge of sexual violence, or to wicked lawyers, legislators or corruption. But one could be pardoned for thinking that if all four of these factors were in play, the Australian justice system could hardly be producing worse results.

When only one in every thousand rapists is punished, it’s time for a fundamentally different system

The complete lack of fitness for purpose of state, territorial and federal laws dealing with sexual violence and harassment provide, by themselves, the foundations for the sense of complete exasperation with politicians expressed by women and men who attended rallies last Monday.

But the fury was very much aggravated by the feeling that many politicians – mostly, but by no means exclusively men – simply do not “get it”, that their response to complaints of sexual assaults and harassment tends to be based on political alliances rather than compassion or a strong sense of justice, and that many of the institutions of the parliament are as focused on completely spurious worries of parliamentary privilege and arse-covering so as to avoid civil liability. There seemed to be evidence in spades of each of these additional matters in the two cases which inspired the rallies.

Yet the record would suggest that even a timely and truly professional investigation of the alleged rape of a woman in the office of the minister for defence in 2019, or the alleged rape of a high school debater in 1988 by the present Attorney-General, Christian Porter, might have been unlikely to produce a conviction, even if the facts were proven to be as alleged. Likewise with any inquiry able to be mounted through civil defamation proceedings – as now being taken by Porter against the ABC – or an inquest into the suicide of the alleged victim in 2019. A coroner’s investigation is a very imperfect instrument for establishing background facts relevant to a suicide – a reason why most coroners dispense with an inquest once satisfied that it was a suicide. The proper object of a coronial inquiry is how a person died, not an alleged chain of falling dominos prior to the death.

If the criminal justice system is an absolutely useless vehicle for investigating, analysing and punishing sexual assault, might it not be better to start again, rather than to tinker at its edges in a way supposed to deal with the disadvantages faced by victims and the prosecution?

There are alternatives. A victim can, for example, sue for damages not through the criminal system but through civil law. There the victim must establish that an assault occurred only on the balance of probabilities, and issues of consent, while still there, are (or should be) determined by objective rather than subjective standards. Damages can be high, and not only for the immediate costs, or the immediate pain and suffering occasioned. In Canada, where civil actions for sexual assault are more common than here, a victim can launch both a criminal and a civil case, the former being tried first, of course. Failing to have the person convicted because of the high criminal standard of proof does not provide any disadvantage in pursuing the civil case, where the standard is whether it was more likely than not that the assault occurred.

The civil system may have another advantage likely to bolster the protection of potential victims. One need not sue only the alleged perpetrator, but anyone whose actions or omissions might be said to have potentiated the assault, or even an institution (parliament, a bank or a school, for example) that has failed to establish systems which would render such assaults less likely. It can also more easily incorporate readily justifiable assumptions – for example about the fundamental impropriety of sexual contact between teachers and students, bosses over employees, or the general principle that where a victim is drunk or incapacitated by drugs, a lack of consent is assumed. In many cases, the perpetrator will have no resources, and a successful victim may not be able to claim damages from the person who committed the assault.

But people who stood by with some guilty knowledge of what occurred, people who have organised some social function at which people became insensible, or (as happened in the ACT recently, with a university residential college) an institution which failed to take efforts to protect vulnerable students at a sanctioned function may be held liable.

It has been often the fear of liability in such cases which has made banks, businesses, universities, schools, and social clubs pro-active in creating more protective environments, in organising supervision to protect potential victims, and in providing punishments (such as the sack from a job, military discipline in the defence force, expulsions from a university), which discourage potential perpetrators. One must, of course, prove that there is a relationship between the institution’s functions and the wrong committed; but if American and Canadian cases are any guide, courts considering whether this connection is strong enough will generally consider, from a public policy point of view, whether society’s need to have a fair and just remedy and deterrence of future harm, is helped by imposing vicarious liability in a particular case.

If a ministerial staffer in parliament were sexually assaulted on the job, it will usually be the taxpayer, through the Department of Finance, the ultimate “employer” under the Members of Parliament Staff (or MOPS) Act which would probably be paying most of the damages. That ought to make it more proactive in promoting a safe working environment. But there is no reason why the victim, in that case, could not also sue the minister, as the person ultimately responsible for the way that the office operated, and the minister’s chief of staff, the effective manager of the office. In Australia, such folk would quickly hand over their legal defence to Commonwealth instrumentalities –claiming that they were indemnified because the liability had arisen out of their official functions. In the United States, a Senator or a Congressional representative would be expected to personally meet any liability otherwise falling on state agencies.

Under the Congressional Accountability Reform Act of 2018, the protections are extended to include applicants for employment, former employees, and unpaid people such as interns, fellows, or individuals detailed to an employing office, say as agency liaison staff. The Act has a strong (and developing) presumption against nondisclosure and non-disparagement clauses – something which would (unjustifiably) cause consternation if it were to be copied in Australia.

The American system includes an office of workplace rights for congressional staffers and establishes its independence from the legislature (and the executive). It has “confidential advisers” who can advise staff, and help them prepare complaints. It also has hearing officers, whom the executive director can appoint from a master list of retired judges and lawyers. The Commonwealth Parliament could follow this general model – of an office independent of politicians – but would be better advised to have a master list of investigators – people like Vivienne Thom, say, operating on the inquisitorial system rather than an umpire in an adversarial process.

It would take a good deal more than such modest proposals to change the disadvantage that victims – mostly women – suffer from sexual assault and harassment, even in the federal parliament. But it would be an advance, if only because it is something substituting for Mick Fuller’s nothing. His additional suggestion of a “consent machine” is so loopy – even from him – that it should escape comment. Other than a suggestion that he should devote some belated attention instead to a recommendation from the Royal Commission into institutional child abuse about the prosecution of a friend and co-religionist, whatever another friend and co-religionist, Scott Morrison, might feel.