The Trump administration’s lack of interest in a global response to COVID-19, or even extending a helping hand to its allies and partners, is bringing home the possibility that US leadership may be gone for good. Beyond exposing a diminished American will to lead, the pandemic response is revealing a new reality — that of US incompetence. 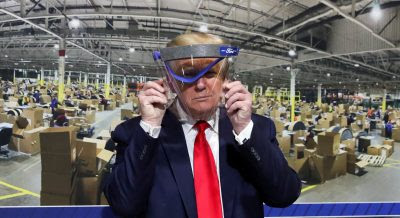 This could have a far more devastating impact on Washington’s allies and partners as they confront a region that demands ever greater strategic finesse. But it is the reassertion of old racial sentiments about Asia that might be most alarming. The association of the virus with race is a dangerous undercurrent in today’s geopolitics.

The building blocks of this association are deeply domestic for US President Donald Trump. COVID-19 is demonstrating vividly that Trump’s political instincts translate badly to national crisis response. Instead of uniting the country around a reaction to arguably the worst global crisis since World War II, federal government relief efforts reveal a shocking partisanship. Red states are pitted against blue states, corporations are privileged over workers, and politics trumps science in a national medical emergency that demands empiricism and analysis. Partisanship and division prevail.

The blame game extends abroad as well. The Trump administration is taking aim at China — accelerating an already deepening strategic distrust with Beijing — and is undermining its longstanding partners. At the G7 meeting convened to discuss the crisis in March, US Secretary of State Mike Pompeo insisted on assigning COVID-19 a name that would indict China. When other members refused to call it the ‘Wuhan virus’, the United States in turn refused to sign a joint statement — handicapping the organisation of wealthy states best positioned to organise a global pandemic response. This was a blatant case of ‘my way or the highway’ diplomacy.

This new bully-on-the-block use of American power in the face of a pandemic impacts everyone else. Withdrawing funding from the World Health Organization, the organisation that could make or break the ability of less wealthy countries to survive the onslaught of COVID-19, showed how little interest the current US government has in a leadership role.

Even more baldly, throughout a rush to claim medical supplies, reports emerged of the United States ‘pirating’ masks and other personal protective equipment. No empathy was extended to US allies either. Even as South Korea was devastated by an early outbreak of COVID-19, Washington did not relent in its pressure on Seoul’s spending for US forces there, and carried out its threat to furlough South Korean workers on US military bases amid the crisis.

The ‘America First’ pandemic response is also revealing troubling signs of anti-Asian discrimination. This xenophobia harkens to an earlier episode of US history when Asian migrants to the United States in the early 20th century were met with racism and violence. Growing discrimination against Asian-Americans and Asian visitors to the United States during the COVID-19 crisis is provoking considerable outrage in the United States. Yet Trump continues to play to an audience that is quite willing to believe that foreigners are the cause of America’s problems.

The line between domestic politics and foreign policy decisions in the United States is blurring, with particular repercussions for Asia. This year’s presidential election is heightening the confounding of personal ambition with the pandemic response. Already precarious, Chinese management of the early weeks of the COVID-19 outbreak in Wuhan prompted considerable suspicion and antagonism in the United States.

While many across the region recognise the pitfalls of strategic rivalry between Washington and Beijing, the pandemic is unleashing a far more poisonous downward spiral. Anti-China sentiment in the United States is growing and taking on a dangerous cast.

The Chinese government is clearly not rising to the challenge of this global pandemic either, with its bluster and false claims of superiority. Calls by US partners, such as Australia, for an investigation into the origins of COVID-19 are drawing Beijing’s ire and threats of economic sanctions — fuelling deeper distrust of China’s motives.

Be prepared for the acrimony to worsen as November’s presidential election approaches, and as the death toll in the United States rises. It is a precarious time for US partners in the region.

Sheila A Smith is a Senior Fellow of Japan Studies at the Council on Foreign Relations, Washington DC. 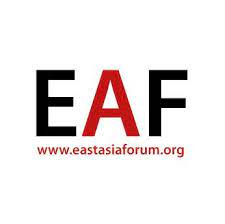