With Donald Trump’s help, Adelson spent the last years of his life helping to make the dreams of the Israeli right a reality.

With the death of 87-year-old billionaire casino mogul Sheldon Adelson, the Republican Party has lost its biggest benefactor.

Adelson’s legacy, however, will live on for generations, not only in his Israeli-born wife Miriam, who is expected to continue giving millions of dollars to the Republican Party but in the shape of the US-Israel relationship, Adelson’s top concern. “I’m a one-issue person. That issue is Israel,” Adelson said in 2017.

More than anyone else, Adelson can claim credit for transforming the Grand Old Party into a party devoted to bolstering Israel’s military occupation and its expansion of West Bank settlements. And the Israeli right, also bankrolled by Adelson, saw many of its political aspirations realised under Donald Trump’s presidency, a political turn that has fractured the long-standing bipartisan consensus on the Jewish state.

Adelson’s most important political conviction was that the Israeli right must be supported. The 19th-richest American used his $35 billion fortune to ensure that the GOP’s policy goals united with the Israeli right’s. In a 2010 speech, Adelson, a US Army veteran, lamented that “the uniform that I wore in the military, unfortunately, was not an Israeli uniform”. He added: “All we care about is being good Zionists, being good citizens of Israel, because even though I am not Israeli-born, Israel is in my heart.”

As for the Palestinians, Adelson saw them as an invented nation and nothing more than a political obstacle. “The purpose of the existence of Palestinians is to destroy Israel,” he said in remarks made in 2014 at an Israeli-American Council conference. During that same appearance, Adelson dismissed concerns about whether Israeli democracy can coexist while Israel rules millions of Palestinians who have no voting rights. “So Israel won’t be a democratic state, so what?” he said.

Adelson turned those beliefs into policy reality when he began donating large sums of money to political causes in the 1990s, underwriting congressional trips to Israel run by the American Israel Public Affairs Committee.

By the mid-2000s, his political giving — he and his wife each donated $250,000 toward President George W. Bush’s second inauguration — had won him a personal audience with the White House. In an October 2007 White House meeting reported by the New Yorker, Adelson pressured Bush to get Secretary of State Condoleezza Rice to back off from pursuing Israeli-Palestinian negotiations. Bush responded by telling Adelson and his wife not to worry about Rice’s pursuit because “at the end of the day it’s going to be my policy, not Condi’s”.

At the time, Adelson was a financial backer of the right-wing group Zionist Organization of America and One Jerusalem, a group devoted to ensuring that Jerusalem stayed under Israeli control, in contrast to the international consensus that Jerusalem’s eastern half, under Israeli military occupation, should be the capital seat of a future Palestinian state.

Even as Bush tried to assuage Adelson, his administration did, in the end, pursue the Israeli-Palestinian talks that Adelson so opposed. The talks, though, were unsuccessful — and they would turn out to be the last time a GOP president pursued a viable Palestinian state, long a top policy goal for both Democratic and Republican administrations.

From 2008 to 2016, Adelson opposed President Barack Obama at every turn, backing John McCain and Mitt Romney’s failed attempts at defeating him and bankrolling the groups that fiercely wanted to defeat Obama’s Iran policies. In 2013, Adelson suggested that Obama launch a nuclear strike on Iran. Obama instead pursued his landmark nuclear deal with Iran, which he sealed in 2015.

But Adelson’s crowning achievements were yet to come. During the 2016 presidential primary, after all the GOP candidates traipsed to Las Vegas to meet with the casino magnate as part of what’s known as the “Adelson primary”, Adelson appeared to back Senator Marco Rubio, a foreign policy hawk thought to be a top contender for winning the nomination.

The casino magnate was said to be wary of Trump, who had demurred on whether he backed Jerusalem as Israel’s undivided capital in a speech to the Adelson-backed Republican Jewish Coalition. For his part, Trump, in October 2015, mocked Rubio for being Adelson’s “perfect little puppet”.

By May 2016, though, it was clear that Trump would be the GOP presidential nominee, and Adelson hopped on board, endorsing the reality TV star as a “CEO success story” who has “created a movement in this country that cannot be denied”.

Adelson would go on to donate $25 million for Trump’s benefit in 2016, and another $75 million in 2020. In return, Adelson got everything he and Israeli Prime Minister Benjamin Netanyahu could ever dream of.

Adelson wanted Trump to torpedo diplomacy with Iran; Trump backed out of the Iran deal in May 2018. Adelson believed the US Embassy should move from Tel Aviv to Jerusalem; Trump did so, also in May 2018. (In September 2020, Adelson bought the US ambassador’s beach-view residence in the affluent Israeli city of Herzliya near Tel Aviv for $67 million, ensuring that the next US ambassador won’t have a place to live near the old location of the US Embassy.)

Adelson wanted the US to legitimise Israel’s policy of building settlements in the occupied West Bank and Jerusalem; Trump did so in January 2019, reversing long-standing bipartisan US policy that saw settlements as illegitimate obstacles to peace because they make a geographically viable Palestinian state impossible. And after Trump lifted parole restrictions on convicted Israeli spy Jonathan Pollard, Adelson — in his final political act last month — provided Pollard a private plane to fly freely to Israel after serving 30 years in jail for giving US intelligence to Israel.

Virtually all Republicans backed Trump’s decision to support Israeli settlements and Israel’s plans to annex those settlements, a turnabout for a party that once wanted settlement expansion to end and pushed for a two-state solution as a way of tamping down Middle East tensions.

In doing so, the GOP became, even more than it once was, Adelson’s party. Today, the GOP is a party that backs Israeli settlements like Ariel, a city located smack bang in the middle of Palestinian towns that Adelson has donated $25 million to as a way of “building a Zionist wall” against “the many attacks on settlement in Judea and Samaria”, the biblical term for the West Bank.

Pouring millions into the project of turning the GOP into a pro-settler party is now having second-order effects. In large part due to the GOP pursuing Adelson’s favoured policies, US support for Israel has become a partisan issue. Democrats and Republicans now have sharply different visions on what US policy toward Israel should be.

The Democratic Party’s most mainstream politicians continue to pursue a Palestinian state and oppose Israeli settlement expansion, which the GOP has cast as an anti-Israel policy as part of its gambit to appeal to right-wing, pro-Israel donors and a Christian evangelical base that support Israeli policy. And while the Democratic establishment remains loath to pressure Israel to actually accede to its demands on a Palestinian state, Israel’s human rights abuses, bolstered in no small part by Adelson’s millions, are fueling Democratic frustration with US policy toward Israel.

More than ever before, progressive Democrats are outspoken in their opposition to settlements and to America’s policy of giving Israel more than $3 billion a year in no-strings-attached military funding. The Democratic base supports those progressive Democrats: A 2019 Data for Progress poll found that 67 per cent of Democratic voters support reducing aid to Israel because of the country’s human rights abuses.

That opposition to Israeli policy may never have come to a full boil absent the GOP’s mind-meld with the Israeli right, which in turn would likely not have happened absent Adelson. As Miriam Adelson said upon her husband’s death, “He crafted the course of nations.”

She’s right. The course of US policy toward Israel will diverge along the partisan lines that Sheldon Adelson helped to harden. Adelson chose US support for Israeli apartheid. Progressives, and Palestinians, are living in the wreckage of that choice — and will struggle to climb out for years to come.

This article, written by Alex Kane, has been republished from “The Intercept”; 13 January 2021. 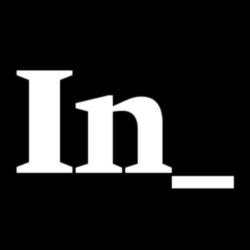 The Intercept is an award-winning news organization dedicated to holding the powerful accountable through fearless, adversarial journalism. The publication gives its journalists the editorial freedom and legal support they need to expose corruption and injustice wherever they find it.
https://theintercept.com/