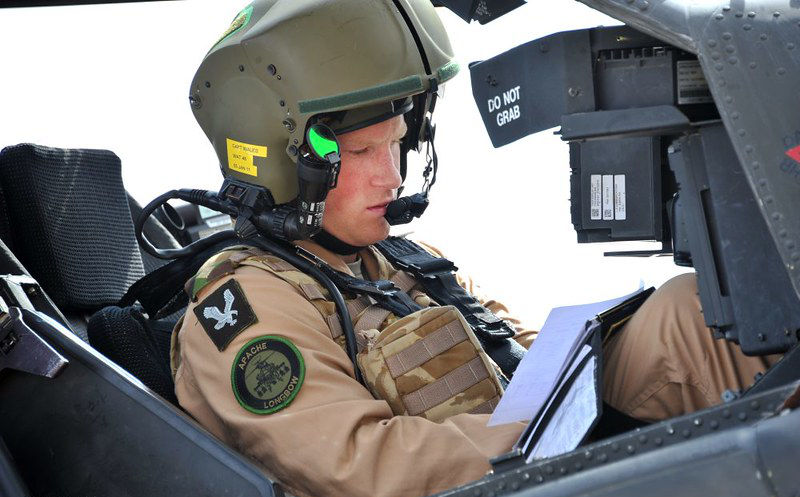 In his memoir Spare, Prince Harry, Duke of Sussex, does his best to show how he was no ornament of the British Army, one merely there to make up the numbers.

During six helicopter missions in Afghanistan, he killed a number of Taliban fighters. Aided by “laptops” and precision, he was even certain about the number: 25. “It wasn’t a statistic that filled me with pride but nor did it make me ashamed.” He recalls being “plunged into the heat and confusion of battle”, and how he “didn’t think about those 25 people. You can’t kill people if you see them as people.”

The prince continues to show that he is nothing if not unworldly. “In truth, you can’t hurt people if you see them as people. They were chess pieces off the board, bad guys eliminated before they kill good guys.” Then comes a bit of social theory. “They trained me to ‘other’ them and they trained me well.”

There it is: the killer aware about his Instagram moment, lashings of half-baked postcolonial theory, the social media miasma, the influence of cheap Hollywood tat via Meghan, the Duchess of Sussex. He killed but was merely performing his duty as conditioned by the Establishment, which was also yet another way of getting back at the Windsors. The subtext: they made him do it.

The response from the Establishment was waspish. Adam Holloway MP, writing in The Spectator, had no issue with the figure of kills; what mattered was that Prince Harry had mentioned it at all. Good soldiers kept quiet on such matters. “It’s not about macho codes. It’s about decency and respect for the lives you have taken.”

Retired British Army Colonel Tim Collins also seethed. “This is not how we behave in the Army,” he tut-tutted to Forces News, “it’s not how we think.” That’s Prince Harry’s point: more a doer than a thinker.

That doing involved, as Collins put it, “a tragic money-making scam to fund the lifestyle he can’t afford and someone else has chosen.” Harry had “badly let the side down. We don’t do notches on the rifle butt. We never did.”

Collins became something of a poster boy for revived wars of adventurism in the Middle East with his speech to the 1st Battalion The Royal Irish Regiment (1 R IRISH) battle group in March 2003. It was the eve of an international crime: the invasion of a sovereign country by colonial powers old and new. As with any such crimes, notably of vast scale, it was justified in the name of principle and duty, otherwise known as the civilisational imperative. “We go to liberate,” declared Collins with evangelical purpose, “not to conquer. We will not fly our flags in their country. We are entering Iraq to free a people and the only flag which will be flown in that ancient land is their own.”

In the Middle East, and elsewhere, such gifts of imposed freedom by armed missionaries tend to go off. In July last year, the BBC news program Panorama reported that, “SAS operatives in Afghanistan repeatedly killed detainees and unarmed men.” The report disturbed the amnesiac effect of two investigations by military police that saw no reason to pursue prosecutions. But the allegations were sufficiently publicised to prompt the launching of an independent statutory inquiry by the Ministry of Defence last December. “This will take into account the progress that has already been made across defence in holding our Armed Forces personnel to account for their actions, and the handling of allegations that were later found to have insufficient evidence for any prosecutions.”

Collins must also be aware that commencing a prosecution against British army personnel operating overseas for war crimes, let alone succeeding in one, is nigh impossible. It’s all marvellous to claim that the armed forces play by the book and operate to the sweet chords of justice, but it is rather easier to do so behind sheets of protective glass and exemptions.

Australia, as one of Britain’s partners in military adventurism, has also done its bit to bloat the war crimes files in its tours of Afghanistan. The four-year long investigation culminating in the Brereton Report identified at least 39 alleged murders of captured Afghan troops and civilians, and cruel mistreatment of two more locals by SAS personnel. To date, however, the Office of the Special Investigator has made no referrals to the Commonwealth Director of Public Prosecutions, a tardiness that is likely to be repeated by British counterparts.

The war criminality theme was bound to be picked up by Afghanistan’s Taliban officials. Anas Haqqani, a senior Taliban figure, suggested to the prince via Twitter that those he had slain “were not chess pieces, they were humans; they had families who were waiting for their return.” But astute enough to sense a public relations moment for his government, Haqqani heaped mock praise. “Among the killers of Afghans, not many have your decency to reveal their conscience and confess to their war crimes.”

In this whole affair, Prince Harry did perform one useful function. He removed the façade of decent soldiery, the mask of the supposedly noble liberator. On this occasion, it took a prince to tell the emperor he had no clothes. “The truth is what you’ve said,” continued Haqqani, “[o]ur innocent people were chess pieces to your soldiers, military and political leaders. Still, you were defeated in that ‘game’ of white & black ‘square’.”

We can certainly agree with Haqqani on one point: no tribunal will be chasing up the royal. “I don’t expect that the ICC [International Criminal Court] will summon you or the human rights activists will condemn you, because they are deaf and blind for you.” Some of that deafness and blindness might have been ameliorated.