Since you’re not using the Crown, Prime Minister

Americans generally take a more robust view of government than Australians do.The US Bill of Rights in particular expresses “the fear of an over-reaching and unaccountable government” as Jack Waterford points out (“Australia’s courts and senators are not of an accountability mind”, Jul 15, 2020).

He questions whether Australia’s lack of the US habit, whereby aspirants to high public office release financial records to show their public and private propriety, reflects our gentility and naiveté.Likewise, the federal government is among the last of the Australian governments to flatly close the diaries of ministerial meetings to public examination (Oct 27, 2020).

The Australian cast of political mind can be traced to the Crown.It requires immediate modification.

In the seventeenth century the Crown was closely identified with the monarch.The Revolution of 1688 expanded the Crown.It established that monarchs had to act ultimately in Parliament, rather than outside of it, if they wanted to continue to act as the lawful, authorised and sovereign “Crown”.The Crown symbolised the presence of the monarch acting lawfully in Parliament, as the Crown-ness or “sovereignty” of Parliament.

The Crown thereby acquired a presumption of fairness.Medieval monarchs had never been thought of as able to act arbitrarily like the Queen in Lewis Carroll’s Alice in Wonderland, shouting “Off with her head!” at random.But that depended on considerations of morality such as the church or personal morality restraining the monarch, rather than constitutional principle.

After 1688, monarchs had to act ultimately inside an independent forum, the Revolutionary parliamentary forum, if they were to continue to be presumed to act lawfully as the sovereign.

The Crown was a symbol of a sovereignty, where the supreme power of the monarchical Executive, the King, was independently reviewed by Parliament.Thus, the Crown had connotations of fairness rather than symbolising an unmediated assertion of raw power as previously.

The Australian political mentality reflects this belief.Parliament is conceived, in theory at least, as an autonomous forum with its own Speaker.The executive power act through this impartial forum, to be independently validated and authorised to act as the lawful Crown.

This history helps explain why Australian politicians are reluctant to be held accountable by non-parliamentary forces such as the media.Why should they release their tax returns, or details of ministerial meetings, when an independent Parliament is there to hold the government to account?On this view, the media and even the courts are just annoying troublemakers who don’t really appreciate the basics of our parliamentary constitution and the difficulties of government.

That Anglo-Australian understanding is now wrong.

Parliamentary review of British government was fundamentally changed in the nineteenth century, decades before Australia federated in 1901.In 1832 the Representation of the People Act (UK) established responsible government, by abolishing the “rotten” and “pocket” boroughs by which the monarchy and aristocracy controlled the House of Commons.

The “Great Reform Act” replaced the monarch with parliamentarians, as the executive power in the UK.In 1832 democracy ostensibly triumphed over monarchy, as the dominant political power.

To reiterate, the legislature can no longer be presumed to independently review, validate and authorise the executive power to act as the lawful and sovereign Crown.

The Crown can no longer be presumed to symbolise the independent review and authorisation of supreme power, as at the Revolution of 1688.

Instead there is much contempt for it.In 1900, the British republican constitutionalist FW Maitland said “we know that the crown does nothing but lie in the Tower of London to be gazed at by sight-seers. No, the crown is a convenient cover for ignorance: it saves us from asking difficult questions, questions which can only be answered by study of the statute book”.

Similarly, in 1944 the Australian Chief Justice John Latham described formulations of the indivisibility of the Crown as tending “to dissolve into verbally impressive mysticism”.Members of the High Court were again critical in 1999, holding that the Crown is of limited use as a legal doctrine, when they found that One Nation Senator Heather Hill was a subject of a foreign power, the UK.

Former High Court Justice Kenneth Hayne wrote in a 2017 law journal that the Crown is not a concept that assists understanding of government contracts.

That intellectually defensible scepticism about the symbol of the Crown, now has a reflection in the political sphere, as a contempt for the concept of fairness in government.

Mr Hayne himself described it in a 2019 speech, when he sought to understand Australians’ increased demand for Royal Commissions.  He stated that “Trust in all sorts of institutions, governmental and private, has been damaged or destroyed”.

The Australian Government was established under the Crown by the agreement of the Australian people at Federation.

However, it was the UK Parliament which in 1901 legislated, with the consent of the Australian people for Australian federation, under the authority of the Crown.

In 2019 the UK Supreme Court, rather than the British PM Boris Johnson or even the monarch, defined the Crown’s prerogative of proroguing Parliament.  The Court found that Mr Johnson acted unlawfully when advising the Queen to prorogue Parliament.

Therefore, it is quite appropriate for the Australian people to reclaim the Crown in Australia, as a symbol of popular sovereignty and of the independent review and authorisation of power.

When the executive branch is acting in an unjust manner it should be clearly recognised that its actions, since 1832, cannot be presumed to be those of a power that has been independently reviewed and authorised to act as the lawful Crown.

Instead, the fairness and sovereignty symbolised by the Crown is now distinct from executive power.The executive branch can participate in that sovereignty, but it can no longer be presumed to exhaust it.

When the PM and the Executive assert their political supremacy, rather than being subject to judicial review in particular, they are asserting raw, unmediated power, rather than bearing the presumption of fairness associated with the sovereign Crown, as at the Revolution of 1688. 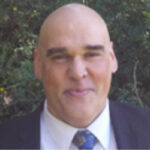 Lawyer, PhD candidate in constitutional law, University of Southern Queensland, six publications in Australia and the UK exploring the crown, the rule of law, and also the common law doctrine of the undisclosed principal in terms of company law.