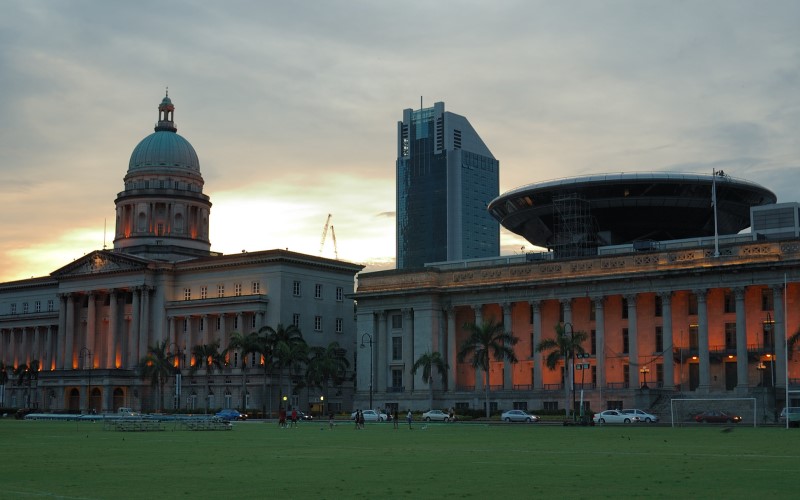 If Singapore pushes ahead with a death sentence given to an intellectually disabled man on drug offences, it will be in breach of international law.

A last-ditch effort to save a mentally impaired man from execution has won a stay of execution, two days before Singapore was due to execute Nagaenthran Dharmalingam, who has an IQ of 69.

Human rights lawyers were fighting the death penalty in court, arguing that given Nagaenthran’s mental ill health and intellectual disability, Singapore would be in breach of international standards if it went through with the sentence.

He is a man who has withdrawn from the real world and currently believes he is in a garden, not death row. A man whose lawyer described talking to him as like speaking with a four-year-old child. A man who does not understand what is happening in court or what execution will actually mean for him.

On November 22, 2010, Nagaenthran was found guilty and sentenced to death for importing 42.72g of diamorphine (heroin) from Malaysia into Singapore.

Although evidence was raised by his defence at trial regarding his intellectual disabilities — in the form of a psychiatric assessment highlighting his inability to make judgments or decisions, control impulses or assess future consequences — this was dismissed by the court.

At trial, evidence was also presented by his defence team that a man named “King” gave Nagaenthran the drugs and had assaulted him and threatened to kill his girlfriend if he didn’t deliver a package. Nagaenthran was told the package contained “company spares” or “company product”. However, later the package was found to contain heroin. Despite this evidence, the court did not accept Nagaenthran’s arguments that he was under duress and unaware that the package contained drugs.

On November 14, 2012, the Misuse of Drugs (Amendment) Act 2012 (Act 30 of 2012) was passed by the Singapore Parliament. The new amendments gave the court discretion to sentence a person convicted of a capital drug charge to life in the following circumstances:

The new amendment gave Nagaenthran, who carried the drugs for another person as a courier, a chance to fight the execution on the basis that he was suffering from an “abnormality of the mind”. Nagaenthran applied to be re-sentenced and, during this hearing, the court heard evidence that Nagaenthran was of borderline intelligence, had impaired executive functioning skills and suffered from ADHD and alcohol use disorder. Unfortunately, the court found that this did not meet their legal culpability standard of “abnormality of the mind”.

Nagaenthran’s mental health has significantly deteriorated in the time since the re-sentencing hearing in 2015. His brother, Navinkumar, observed, in a recent Facebook post, that Nagaenthran “seems to be in a different world altogether. This is not [Nagaenthran], he is not himself at all”. Nagaenthran told his brother that he is taking three hour baths every day and a person in the cell next him told his brother that Nagaenthran has not talked to anyone in more than a year and “remains standing in his cell all day long”. Navinkumar stated that Nagaenthran’s “mental state — in terms of his comprehension, ability to connect his memory, his sense of shared reality with others — has deteriorated significantly over the years.”

Nagaenthran’s disability and mental illness are sadly not unique on death row. Spending years and sometimes decades on death row has a horrific impact on a person’s mental and physical health and well-being. A recent report by Project 39A in India found 62.2 per cent of the death row prisoners interviewed had a mental illness and 11 per cent had an intellectual disability.

His mental deterioration is significant as it is not only Nagaenthran’s mental state at the time of the offence that is relevant. International standards make it clear that a state cannot execute a person suffering from “any form of mental disorder” (UN Human Rights Committee Resolution 2000/65 on The Question of the Death Penalty). This encompasses current mental disorders not just mental disorders at the time a crime was committed.

In a landmark case in Pakistan, the Supreme Court ruled: “If a condemned prisoner, due to mental illness, is found to be unable to comprehend the rationale and reason behind his/her punishment, then carrying out the death sentence will not meet the ends of justice.” As a result, it is now unlawful in Pakistan to execute a person with mental illness who is unable to understand the reason for their execution.

There are clear indications, from Nagaenthran’s recent behaviour and statements, that he does not understand the meaning of his execution. For instance, he may be able to parrot the words of others that he is going to be executed but he does not have a grasp that this means his life will end. Singapore should uphold its international obligations and follow the lead of Pakistan, India and the United States and consider mental impairment at the time of the scheduled execution as well as at the time of offending.

The Singapore government appears focused on Nagaenthran’s mental capacity to make decisions at the time of the offending without considering his overall mental impairment and the mental deterioration which has occurred over the decade he spent on death row. The Ministry of Home Affairs said, in a statement:

“Nagaenthran was found to have clearly understood the nature of his acts, and he did not lose his sense of judgment of the rightness or wrongness of what he was doing. The Court of Appeal found that this was the working of a criminal mind, weighing the risks and countervailing benefits associated with the criminal conduct in question, and that Nagaenthran took a calculated risk which, contrary to his expectations, materialised. It was a deliberate, purposeful and calculated decision on Nagaenthran’s part to take the chance.”

The great irony of these statements is that they identify attributes that are part and parcel of intellectual disability, for instance, a substantially impaired capacity to evaluate risk and consequences.

The execution of Nagaenthran, a person clearly suffering from a significant deficit in neurocognitive functions, who is also mentally ill, would be in violation of international law. The failure of Singapore’s criminal justice system to recognise, properly, the effect and impact of Nagaenthran’s mental health and intellectual disabilities on his culpability and capacity to commit a criminal offence, flies in the face of customary international law as well as Singapore’s obligations under the UN Convention on the Rights of Persons with Disabilities, which it ratified in 2013.

Local and international human rights and legal groups including Amnesty International, Harm Reduction International, ADPAN, Capital Punishment Justice Project (CPJP), Reprieve UK, the International Bar Association and the Commonwealth Lawyers Association are calling for the execution of Nagaenthran to be stopped and there is an online petition with over 61,900 signatures asking President Halimah Yacob to pardon Nagaenthram.

ADPAN, in a recent statement, condemned the upcoming execution stating: “The execution of any person with mental or intellectual disabilities is extremely unconscionable and reprehensible. The person would be unlikely to have the appropriate capacity to stand trial or even appreciate the severity of their predicaments.”

In a press statement, Lawyers for Liberty said: “If Singapore carries out this execution, it will be a permanent blot upon them. We urge them to take heed of civilised opinion and step back from the brink.”

The Commonwealth Lawyer’s Association has particular concerns about Nagaenthran being sentenced to death for a drug offence. Article 6, paragraph 2 of the International Covenant on Civil and Political Rights is clear that the use of the death penalty by retentionist countries must be restricted to the “most serious crimes”. Drug offences do not fall within this category. As Nagaenthram was sentenced to death for a drug offence, his execution would be a violation of international law on this ground as well as being a violation for executing a mentally impaired person.

“There is still time for Singapore to change course and stop this unlawful execution from taking place. Taking people’s lives is a cruel act in itself but to hang a person convicted merely of carrying drugs, amid chilling testimony that he might not even fully understand what is happening to him, is despicable,” said Rachel Chhoa-Howard, Amnesty International’s Singapore Researcher. 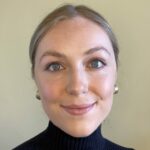 Lulu Banay has a passion for using the law to protect the rights of vulnerable individuals. Lulu began working with Capital Punishment Justice Project when she participated in the inaugural Monash Anti-Death Penalty Clinic in 2018. Since the completion of her placement at the clinic, Lulu has continued to work at the clinic on a voluntary basis and has worked on cases across the globe. Lulu won a travel scholarship from Monash University in recognition of her outstanding work at the clinic and in 2019 travelled to New Orleans to volunteer at the Capital Appeals Project. Whilst in New Orleans Lulu completed a research project on racial bias in death penalty jury empanelment and deliberation. Lulu is a lawyer based in Melbourne and has a Bachelor of Laws and Bachelor of Commerce from Monash University.