Australian history and the empire of the mind

Black Lives Matter has shone the spotlight on colonial-era crimes across the world. But Prime Minister Scott Morrison has reignited the history wars with his spurious claim that “there was no slavery in Australia”. 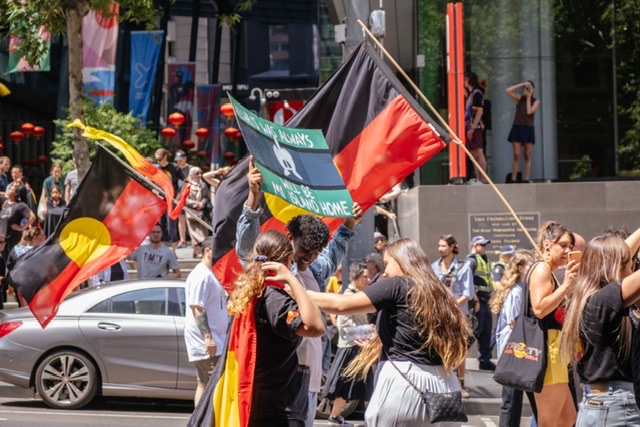 PM Morrison is channelling the Geoffrey Blainey/John Howard view that to focus on crimes against First Nations peoples is to wear a “black armband”. He prefers the soporific outlook expressed by Howard in his 1996 Menzies lecture, when he said that “the balance sheet of our history is one of heroic achievement”.

How long, and in how many variations, the imperial mindset persists! In the month of June 2020 we have seen contingents of police marched out to guard the statues of the adventurer James Cook and other agents of the British Empire.

And this is seventy years after A.A. Phillips, writing in Meanjin, coined the term “cultural cringe”. He was referring to the need for Australians to have their own voice in the arts; but a country’s coming-of-age cannot be complete unless it comes to terms with its history, and that’s been a long time coming.

Manning Clark is revered by many, especially on the Labor side of politics, for his six-volume History of Australia (1962-1987) which gave an alternative to the Menzies-era British imperial view of history. But in the very little space he gave to the pre-colonial world of Aborigines, he characterised them as having a “primitive Stone Age culture”.

Late in life he shifted considerably, writing at the time of the 1988 Bicentennial: “Now we are ready to take the blinkers off our eyes … The Europeans in fact dispossessed something like half a million people of every square inch of land of the whole continent; they brought about the extinction of the whole Tasmanian race; they killed thousands of the original inhabitants of the mainland; they all but destroyed their culture and brought hardship, degradation and humiliation to the survivors.”

In his Boyer lecture the same year he said: “I told only a part of what is possibly the greatest human tragedy in the history of Australia – the confrontation between the white man and the Aborigine. That, I believe, will probably fill the centre of the stage when the next historian tells the story of human beings in Australia.”

The process had already begun. By 1988 Henry Reynolds had already published the first three books in his great series about the frontier wars. Lyndall Ryan was well into the work – started when she was a research assistant to Clark – on the massacres.

Aboriginal people were beginning to tell their own stories, too. The first all-Aboriginal publishing house had just been established in Broome – Magabala Books, now the 2020 Small Publisher of the Year. In film, theatre and the arts, new indigenous voices were emerging.

Many of their stories confirmed that there was indeed slavery in Australia – men were dragged off in chains to do land-clearing or forced to work on stations for no pay, and women were taken into domestic servitude.

The Howard-era history wars were an attempt to claw back ground from the truth-tellers. In their wake, even some of those academics who rejected the Blainey/Howard view remained mired in a profound misunderstanding of pre-1788 history.

John Hirst, an original and provocative historian, in his 2005 book Sense and Nonsense in Australian History echoed Clark’s belief that Aborigines “did not constitute a civilisation”, describing them as a “small, undifferentiated, face-to-face-society of hunter-gatherers”.

His reason for not according them the status of civilisation was that they did not have cities, and “cities emerge in societies of large populations that are made possible when producers of food are willing or are forced to feed others besides themselves”.

It’s a strangely contorted argument about the relationship between culture and civilisation. According to one of the foremost authorities on the subject, the writer Terry Eagleton: “Civilisation is the precondition of culture … culture is the creature of the very civilisation to which it seeks to lend some spiritual foundation.” (Culture 2016)

As for British civilisation, to which pre-1788 Australian society is generally contrasted, the last word should go to Mahatma Gandhi. Asked what he thought of it, he replied: “I think it would be a good idea.”

We now know that before 1788 there was extensive cultivation, and there were townships. That’s largely due to two writers: Bill Gammage, whose book The Biggest Estate on Earth: How Aborigines made Australia (2011) won both the Prime Minister’s Prize for Australian History and a Manning Clark House Cultural Award; and Bruce Pascoe whose Dark Emu (2014) has survived a vicious onslaught from Andrew Bolt to become one of the best-selling history books of all.

The evidence for First Nations civilisation was there all along, Pascoe explained, in passages from accounts by early explorers that historians have neglected for 200 years. Mitchell, Sturt, Eyre and others documented yam gardens miles wide, many miles of stooked grain, sophisticated dams and fish traps, towns built of wood and stone.

When he read these accounts, Pascoe was shocked to realise how flawed was the history he had been trained in: “I’d been sold a pup by the best university in the land.”

The Black Lives Matter protests have unleashed a debate about what should happen to colonial statues: whether they should be protected, given explanatory panels, put in museums, or removed altogether.

Here’s a thought: why not consult First Nations peoples about them? Make it part of the Makarrata, the great process of truth-telling and healing requested by the 2017 Statement from the Heart that then PM Malcolm Turnbull so cruelly rejected.

Confronting our history is crucial to reconciliation. It’s the way to free ourselves, finally, from the empire of the mind.