Slow and steady Albanese may not outdistance that wily hare Morrison 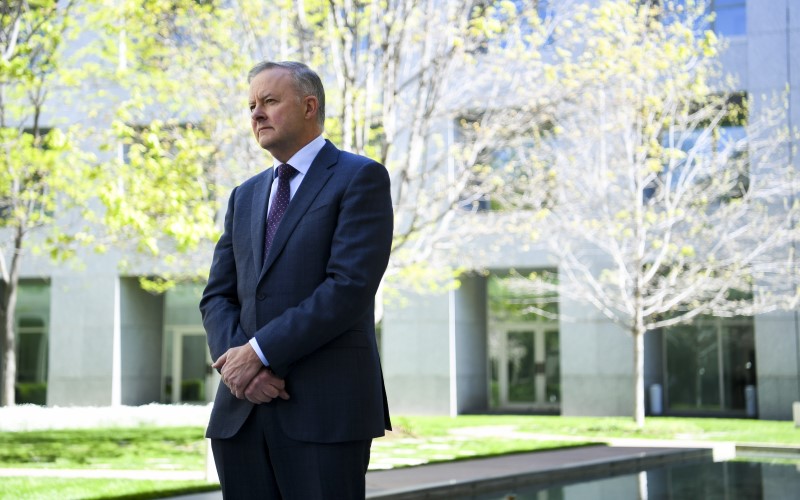 The public does not know Albanese well enough to have a ‘feel’ for him. That’s why his electoral shyness is a liability. This is the second of two articles.

Labor has another systemic policy. After the Tampa affair of 2001, much of the party’s left went over to the Greens and have not returned. The so-called Labor left is a pathetic remnant, and the faction is no longer an engine-room for ideas. The question is not so much one of asking whether Labor has any bottom at all, and “what  does Labor/Albanese/Shorten/Rudd really stand for?” — though these are issues in themselves. It is rather one of satisfying potential voters with answers to their need to know where the instincts of Anthony Albanese — and Labor under him — will go in some future crisis.

Finding the answer to such a question is not a matter of delving into the press releases, or reading old speeches. It is about personality, predisposition and philosophy. Albanese may have put more of this on display than most modern politicians — but the ordinary voter has no idea whatever of Albanese’s moral or mental rulebook — even less after Albanese has, in leadership, shown such a tendency to junk unpopular policy.

Scott Morrison and his pollsters appear to perceive this and are drawing up some campaign themes that mirror John Howard’s successful attack on the reliability and trustworthiness of Mark Latham in 2004.

People thought it audacious that Howard — who had cemented his reputation as a chronic deceiver of the population between 2001 and 2004 — decided that the issue of the 2004 election was “who do you trust?” The public had come to learn that they could hardly believe a thing Howard said.

In fact, the idea had genius. Howard was not pitching himself as a man of his word, nor as anyone particularly reliable in giving his account of contentious events. He couldn’t. But he could, and he did, pitch himself as a known quantity. People had seen him in public life for 30 years, and they knew where he came from, and more or less what he thought about anything of much significance. They understood when he would dig in, and when he was prepared, if necessary, to drop policies proving to be unpopular.

By contrast, he argued, we knew very little about Latham, and what we did showed him to be pretty erratic, sometimes even a bit menacing. We could not “trust” his instincts, the frame of mind with which he approached policy and other issues, not even his appetite for debate.

Albanese has been long enough in public life (longer than Morrison) that a good many people have some idea of his character and general stock of ideas. But none of that tells us much about how he would be as prime minister. Most of that job involves reacting to unexpected events, rather than implementing established policies.

Like John Faulkner, a predecessor in Sydney city left politics, Albanese has often seemed the better for an obvious decency, a tendency (until he stapled his lips together) to think aloud, and a life story that seemed to compare and contrast with the background and life experience of the modern Labor suit, who had never had dirt under his fingernails. (In fact, of course, Albanese comes from the modern suit system — though clothes are a bit less formal on the left — and has worked one way or another inside the Labor tree system all of his adult life.)

But Albanese has not had, nor used, professional photographers at public expense, not been fawned on, or had his wife fawned on in The Australian Women’s Weekly. He has not had a lot of time, particularly recent time, in conversation with the Australian people. The glory of being in a minority faction in his own party has been that he has had less responsibility for his ideas than people with more power to put their ideas into action.

Albanese doesn’t get many puff pieces in the media. Against Morrison he has a gift for sincerity, but not much gift, if gift it is, for marketing. Least of all for dressing up humdrum ideas with fake glamour, announcing the same non-policies day after day as if they were new. He’s awkward repeating a meaningless slogan all day long.

The Morrison we see may be a construct. Like the pretend “real Morrison”, a creature far far different from the image of the fond but daggy Dad, and the Christian, that millions in public money have imprinted on the public mind. But willy nilly, impressions, even ones created by pure fakery, can move voters.

The somewhat more genuine and authentic Albanese has yet to make a deep impression on the public pillow. Our knowledge of him, such as it is, does not extend to a feel for what he is thinking, what bees are in his bonnet, what ferrets and eccentricities furnish his brain. To get to be leader, he erased a good deal of his former style and is super-disciplined. It may have blunted both his judgment and public perceptions of how he would respond in any sort of crisis.

That’s why his low key, low profile, and don’t-scare-the horses approach is dangerous for him and dangerous for Labor. The public is quite ready to pitch Morrison. Morrison’s biggest chance involves undermining the character of Albanese. Morrison might think there is no limit to the public money he can apply to this task, and hardly a public servant who could be expected to object.

Addressing such problems is not merely a matter of Labor’s opening the windows and bringing real people back into the party. It is equally about exposing the professional party — the ministers and backbenchers, and the suits — to real people in the community, rather than pre-arranged “crowds” of party loyalists, fake events, focus groups, lobbyists and Labor tree people.

In this sense, the biggest problem with the small target policy is in its implicit assertion that apart from the few well-researched points of criticism, the present government is doing a splendid job, with Labor’s wholehearted support. Such an approach rarely wins votes as such — indeed it often loses them from once-committed supporters now in open disgust at the abuse of traditional party values, and among people who ask themselves whether a party that won’t stand for values will stand for anything.

On the other hand, the very clever tacticians argue, a policy of pre-emptive surrender means that an issue can be “neutralised” and ergo falls off the political agenda. If this were so, one might wonder at $800 million stunts by the Coalition such as the pretend reopening of Christmas Island as a concentration camp in whipped-up hysteria about medivacs. For Morrison, that was money well spent, and it was a confection, using public money for purely partisan purposes, that is what modern incumbency is all about.

For all of the tricks and short cuts, it comes to an election — one likely to be honestly conducted, to the disappointment of some Trump admirers. It’s the people, not the party, that can make Albanese king. He ought to be appealing to them, being frank with them, and trying to win their confidence by showing his whole self, rather than the least he can get away with.