So now you’re appalled over the Israeli killing of an American journalist? 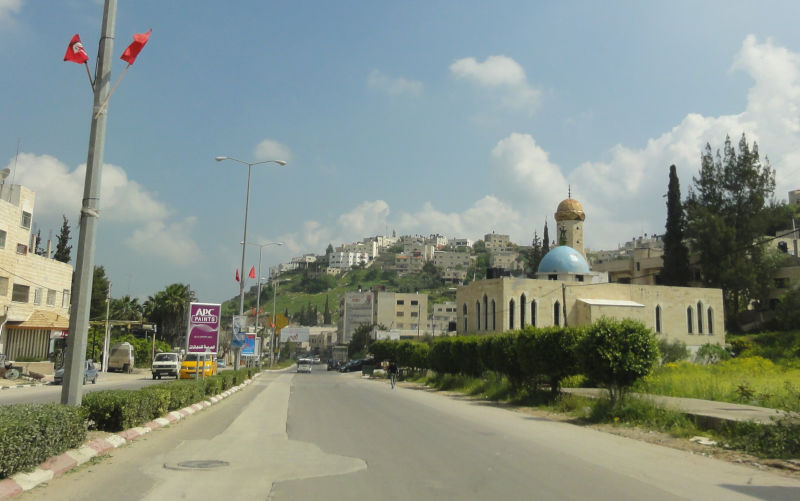 A high school student who was travelling home in a taxi full of women in this same Jenin a month ago was killed by gunfire from Israeli soldiers. Image: Wikimedia Commons

The relative horror expressed over the killing of Shireen Abu Akleh is justified and necessary. It is also belated and self-righteous. Now you’re appalled? The blood of a famous journalist, no matter how brave and experienced she was – and she was – is no redder than the blood of an anonymous high school student who was traveling home in a taxi full of women in this same Jenin a month ago when she was killed by gunfire from Israeli soldiers.

That is how Hanan Khadour was killed. Then, too, the military spokesman tried to cast doubt on the shooters’ identity: “The matter is being examined.” A month has passed, and this “examination” has yielded nothing, and never will – but the doubts were planted, and they sprouted in the Israeli fields of denial and suppression, where no one actually cares about the fate of a 19-year-old Palestinian girl, and the country’s dead conscience is silenced again. Is there a single crime committed by the military that the right and the establishment will ever accept responsibility for? Just one?

Abu Akleh seems to be another story: an internationally known journalist. Just this past Sunday a more local journalist, Basel al-Adra, was attacked by Israeli soldiers in the South Hebron Hills, and no one cared. And a couple days ago, two Israelis who attacked journalists during the Gaza war last May were sentenced to 22 months in prison. What punishment will be meted out to soldiers who killed, if indeed they did, Abu Akleh? And what punishment was given to whoever decided on and carried out the despicable bombing of the Associated Press offices in Gaza during the fighting last year? Has anyone paid for this crime? And what about the 13 journalists who were killed during the Gaza war in 2014? And the medical personnel who were killed during demonstrations at the Gaza border fence, including 21-year-old Razan al-Najjar, who was shot dead by soldiers while wearing her white uniform? No one has been punished. Such things will always be covered by a cloud of blind justification and automatic immunity for the military and worship of its soldiers.

Even if the smoking Israeli bullet that killed Abu Akleh is found, and even if footage is found that shows the face of the shooter, he will be treated by Israelis as a hero who is above all suspicion. It’s tempting to write that if innocent Palestinians must be killed by Israeli soldiers, better for them to be well-known and holders of U.S. passports, like Abu Akleh. At least then the U.S. State Department will voice a little displeasure – but not too much – about the senseless killing of one of its citizens by the soldiers of one of its allies.

At the time of writing, it was still unclear who killed Abu Akleh. This is Israel’s propaganda achievement – sowing doubts, which Israelis are quick to grab onto as fact and justification, though the world does not believe them and is usually correct. When the young Palestinian boy Mohammed al-Dura was killed in 2000, Israeli propaganda also tried to blur the identity of his killers; it never proved its claims, and no one bought them. Past experience shows that the soldiers who killed the young woman in a taxi are the same soldiers who might kill a journalist.

It’s the same spirit; they are permitted to shoot as they please. Those who weren’t punished for Hanan’s killing continued with Shireen.

But the crime begins long before the shooting. The crime starts with the raiding of every town, refugee camp, village and bedroom in the West Bank every night, when necessary but mainly when not necessary. The military correspondents will always say that this was done for the sake of “arresting suspects,” without specifying which suspects and what they’re suspected of, and resistance to these incursions will always be seen as “a breach of order” – the order in which the military can do as it pleases and the Palestinians cannot do anything, certainly not show any resistance.

Abu Akleh died a hero, doing her job. She was a braver journalist than all Israeli journalists put together. She went to Jenin, and many other occupied places, where they have rarely if ever visited, and now they must bow their heads in respect and mourning. They also should have stopped spreading the propaganda spread by the military and government regarding the identity of her killers. Until proven otherwise, beyond any shadow of a doubt, the default conclusion must be: the Israeli military killed Shireen Abu Akleh. 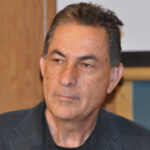