So was it the most-watched or least-watched Winter Olympics? 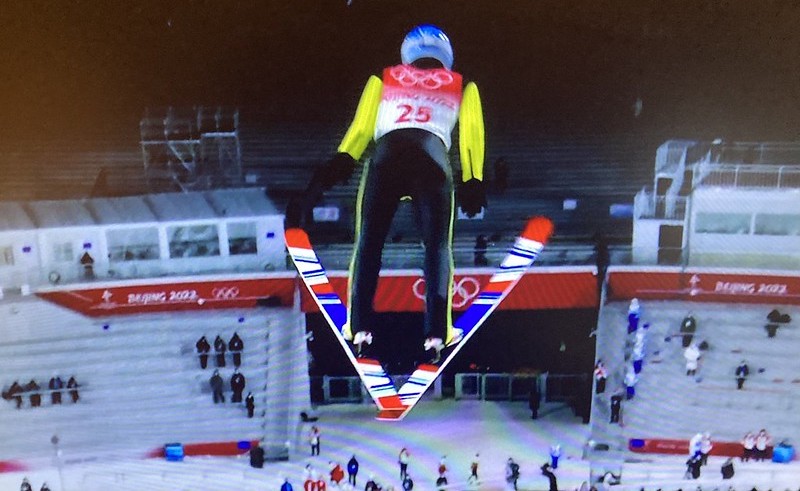 There was a concerted, organized effort to spoil the games, led by various US groups. Yet politics, ironically, may have ultimately increased viewership. (Flickr / Ross Dunn)

There were global campaigns from the United States to make the Beijing Winter Olympics the “least-watched” Winter Olympic Games in history.

Yet the International Olympic Committee indicated these were the most-watched such games—a line happily echoed by Chinese people on social media and China’s state media. What’s the real story?

As usual, simplification is misleading, and both sides have a tendency to politicize the results.

So to bypass that, let’s look at the numbers. Chinese officials said two billion people watched the games, an announcement not widely shared or covered by the international media, although briefly mentioned by CNN. The mainland Chinese media, state media and social media, of course did mention the popularity of the games, and the South China Morning Post – frequently critical of China – said that the International Olympics Committee confirmed that the events had been “the most watched winter games ever”.

While it will take some time for the full viewing figures from around the world to be assembled and issued by the International Olympic Committee, there is some data available now – and some complicating factors that we need to consider.

The assertions about the popularity of the Beijing event appear to derive from a briefing given by Timo Lumme, managing director of the International Olympic Committee’s Television and Marketing Services. Speaking in Beijing on Wednesday last week, he said that viewing figures had been exceptionally high, with almost 600 million people watching just from within China. He pointed out that the audience from that one country alone could rival “the total global audience” that tuned in for the 2018 games in Pyeongchang, South Korea. The implication was clear: ultimate audience numbers will be record breaking.

But others told a different story. Bloomberg said: “Chinese viewers are flocking to the Beijing Winter Olympics in huge numbers — even as the rest of the world tunes out.” The New York-based news service said that NBC, which handles international broadcast rights, “has had to cut ad rates in anticipation of about 40% fewer viewers” than the previous winter games, four years ago.

So who has got it right?

Yet there’s a third statistical element that puts the previous two into perspective. The west (which is usually defined as referring to Western Europe, the US, and Canada) makes up about eight per cent of the world’s population, while Asia is about 60 per cent, with China alone holding 18.47 per cent of humanity. As the east develops a bigger middle class, their views will start to matter.

Why are figures down/ up in their respective regions? The answer (sorry, Kenneth, Minky and Sophie at Human Rights Watch) is probably nothing to do with attempts to spoil the games by politicizing them. Among several issues that made watching the games difficult, the time difference is a huge one. This writer, who has US siblings, notes that much of the best action in Beijing happened between 11pm and 9 am in the US, when TV viewers have their sets switched off.

There’s also the double-Olympics factor. The Tokyo 2020 Olympics was postponed to July and August of last year, meaning that Beijing started its games just six months after the Japanese finished theirs. Viewers like to watch the Olympics – but maybe not two in a year. Combine all that with the general long-term fall in TV viewing numbers in the United States, and it’s no surprise that figures are down: Americans are still glued to screens, but they are surfing the internet or playing games.

And what about the politics? There was a concerted, organized effort to spoil the games, led by various US groups. Yet politics, ironically, may have ultimately increased viewership. The relentless demonization of China’s government has triggered a wave of popular support for their leadership from Chinese people inside and outside the country: and we’re talking about a lot of people: 1.4 billion inside the country, and at least 50 million spread around the rest of the world.

Some people, persuaded by Human Rights Watch and others, may have tuned out—but many more people tuned in. In addition to the Chinese, there are tens of millions of sports fans of all cultures who oppose attempts to politicize the games, not least of whom are the athletes themselves. They know more than anyone that many athletes literally spend their whole sporting lives aiming for a brief period of glory at the games, and feel this should not be spoiled by hostility that ultimately stems from trade wars, weapons sales, or countries jostling for political supremacy.

But perhaps the biggest error made by the people hoping to spoil the Beijing games, such as the attempts by the UK Guardian and others to liken the event to the 1936 “Nazi” Olympics, was to forget that sports is not about political disputes, but about individual people striving to achieve individual records.

The face of the Olympics, to many people around the world, was Eileen Gu, a mixed-race teenager. (To the Chinese, it was Ms Gu and another athlete, Su Yiming, also a teenager.)

The major international media, almost without exception, worked hard to politicize 18-year-old Ms Gu’s decision to represent China, despite the fact that many athletes choose to represent nations that aren’t their birthplaces.

People around the world recognized that Ms Gu, rather than being a “traitor”, was the embodiment of a positive message about the future of the world: her extraordinary performance, pushing the limits of the human body by spinning in the air between heaven and earth, said something that we all need to hear—the human race is one.

It spends time on one side of the planet and on the other.

It has no problem transcending petty politics – and the laws of physics – to do amazing things.

And it wasn’t just her performance on the slopes, but the interviews she gave. Grizzled, experienced journalists tried hard to politicize what she said in interviews and at press conferences. But her honest, frank replies, expressing her love for both America and China, was what the world needed to hear.

Ultimately, the media stepped back. Soaring through the air, Ms Gu transcended the politics that tried to hold her back.