Society depends on science: we need to get serious about protecting it

Science dodged a bullet with the end of the Trump presidency but the threat has not gone away. The concepts of truth, transparency and empiricism are universal. For too long, scientists have stood aloof from these conversations – to society’s detriment.

Science has not been at greater risk since the times of Copernicus and Galileo. While science, including its role and authority, appear to have dodged a large bullet with the end of the Trump presidency, the threat to science has not gone away: anyone including the mischievous, the uninformed and self-proclaimed ‘influencers’ can still command extensive media coverage on unsubstantiated claims or by assertions of ‘fake news’.

It would be foolish to think that science has entered halcyon days merely because most political leaders have openly and unhesitatingly deferred to the opinions and expertise of scientists on how to respond to the Covid-19 pandemic.

While some politicians are no doubt genuine and some have had Road to Damascus conversions, others are content to use science as a convenient ‘cover’ for making some difficult health policy decisions. And there remains a rump of politicians who assert with pride that facts can sometimes be ‘contentious’.

It is timely, therefore, to reflect on the importance of science and how science (in all its STEM manifestations) might be better protected, defended and embraced in the future.

Science has a proud history of contribution to concepts such as truth, transparency and empiricism, dating back to the Renaissance and the Scientific Revolution. Writings by Jacob Bronowski (Science and Human Values) and Carl Sagan (The Demon-Haunted World) make this point well and are eerily prescient about our current circumstances, despite having been published many decades ago.

Yet there is something even more fundamental to the role and purpose of science: society as we know it depends on science.  Moreover, the health of the science sector is a proxy for the health of all of society.

A key revelation from recent events is that truth is the central value from which all others derive. In times past that might not have been so obvious; at best it was an implied and silent assumption.  Now it is clear: without truth, there can be no social contract.

It is critical for citizens in democracies all around the world to start a conversation about the deficiencies of the current ‘social contract’ that has been largely unchanged for centuries, since the times of Hobbes, Locke and Rousseau. It needs to catch up quickly to the 21st century.

Even though the social contract and social contract theory are generally seen as the domain of those who study or practise the humanities, the concepts of truth, transparency and empiricism are universal.  For too long, scientists have stood aloof from these conversations – to both their and society’s detriment.

A commitment by individuals and across society to truth, as well as to transparency and empiricism and the protection of the environment, need to be enshrined in the social contract and be seen as no less important than freedoms of speech and religion and an absence of arbitrary discrimination.

The list of values identified above is deliberately brief. It could easily be expanded to include other virtues of science and scientists such as tolerance and open-mindedness, not making wild claims, the courage to make bold guesses, not concealing error, rejecting dogma, encouraging collaboration, not appealing to either prejudice or authority, and being frank about one’s ignorance.

Scientists, like all citizens, need to be reminded by history that authoritarianism emerges and thrives when truth is disparaged and no longer matters.

Science is much more than the identification and assembly of facts. A creative activity, science has much in common with and, indeed, complements the humanities. Society would function more effectively if more people were familiar with CP Snow’s The Two Cultures and its warnings against isolating scientists from society.

With these things in mind, it is timely (indeed, well overdue) to revisit junior and senior high school and university science curricula. It seems inexplicable that the science curriculum does not contain express components that teach and examine science ‘civics’ and that introduce students to a basic outline of the history and philosophy of science.

At the very least, there should be formal instruction on:

Maybe it is time to think about a Science Oath for science graduands, not dissimilar to the Hippocratic Oath for medical graduands and the oath that lawyers take before a court to ‘conduct themselves well and honestly in the practice of law’.  The core element of a Science Oath should include a commitment to truth, transparency and empiricism.

Oaths on their own do not thwart or stop ‘bad eggs’ but they are the capstone of successful undergraduate outcomes and the entry into a profession. Oaths and the solemn proceedings that accompany them set moral and ethical boundaries and are a good reminder to all of noblesse oblige. Oaths are instrumental in calling out unacceptable behaviours by professionals and disciplining or even expelling recalcitrants from professional bodies.  Deans of science might want to reflect on this and initiate action to develop a science oath.

if we are serious about protecting, defending and embracing science: 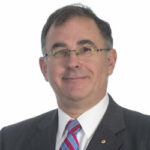