Soon we must admit defeat in Afghanistan, and war crimes

I doubt we can fashion much of a narrative of which Australians could be proud when we consider what will be happening soon with Afghanistan. What will probably be good for Afghanistan — a measure of peace — will be a result of our defeat, not our participation. 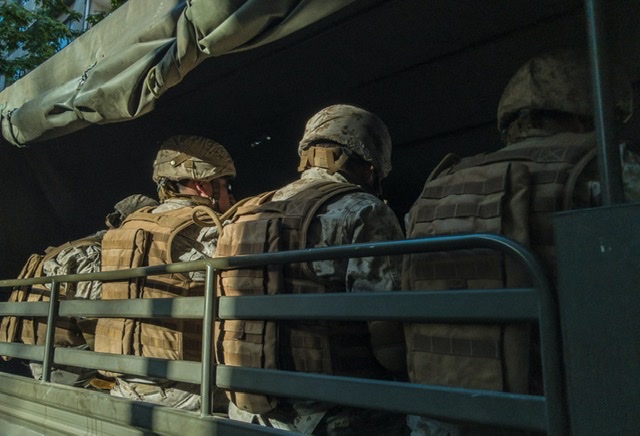 It’s getting harder to say that this participation did us, or Afghanistan much good; it did no great good for the Afghani people, and clearly did great harm, probably lasting, to the reputation of Australia and its military beyond any honour we must necessarily accord to those who went and did what they were told.

Peace talks are going on between the Afghani government — which is to say the loose coalition of gangsters we supported —  and the Taliban. More correctly that part of the Taliban still outside the government. After a lot of stalling, real negotiation is occurring. Prisoners have been exchanged and freed on both sides (of which more later). Soon there will be little outbreaks of peace and harmony in power-sharing arrangements, at least until balances are disturbed again. This is in the manner of Afghani politics since the invasion of Alexander the Great.

There is no general truce. There will be no disarmament as such. The folk we Australians, Americans, Europeans and others called the “enemy” will soon be part of the government. They will be pointing out that they were never defeated, or even rendered low. They will renew some old depredations, including the oppression of women, just as the current government does. The best harbinger of peace will be the departure of foreign military (and probably foreign cash, whether as aid, munitions or bribe money). Each side can resume their little internecine local wars, soon, we hope without that extra ferocity that drones, aircraft and very sophisticated weaponry provide.

Alas, history, such as that of Vietnam suggests that it is rather more easy to escalate the type of violence than it is to tone it down. When the Taliban and foreign allies, such as Osama bin Laden and the mujahidin, were fighting against a Russian invasion, they were our friends. America supplied them with a lot of sophisticated weaponry. Once Americans decided they were the enemy, primarily because they sheltered Osama bin Laden, those weapons were turned on America and its allies. American tried to forge new friends from enemies of the Taliban, many of these were more ruthless and corrupt than the straight-laced and very sexist fundamentalists. The coalition took on much of the burden of the war-making. When American soldiers depart, probably early next year, a good bit of coalition treasure to be divvied up, among former friends and enemies, will be American equipment.

The soldiers we sent understood all along that military victory was never possible. The most one could hope for was a negotiated settlement; the worst abject defeat.  But fans of the longest war in centuries would be deluding themselves if they thought that the fact that settlement now seems possible vindicates the intervention, or represents a sort of victory. Nor will settlement secure democracy, or human rights, or the education of women. Or not for very long, even if the words are in the “peace” document.

A settlement is happening because America wants out. It is abandoning ship, just as it did in Vietnam in 1972. This is for American domestic political reasons only. The Afghani government has not been winning, ready to take up the struggle on its own. American war weariness comes from the futility of going on, but also fury at the treachery, corruption, and double dealing of their Afghan allies. And despondency about the half-hearted effort put in by most of its NATO allies (excepting Britain and Australia, about whose contribution most Americans are entirely ignorant).

Australia invested a good deal of blood and treasure in the war — and we will continue to pay the bill for the lasting disabilities of our soldiers for the next 70 years. Involvement was particularly hard on our special forces soldiers, who were seriously over-extended by multiple deployments and intense, if small-scale combat in dangerous zones in which the “enemy” could merge into the population, and the loyalty of Afghani troops was sometimes uncertain.

It was even tougher on our soldiers because neither they nor Australia as a nation had any significant role to play in grand strategy, in setting goals, or even in choosing battlefields. There were fierce local battles, epic acts of bravery, marvellous use of new (top secret) techniques of war-making. But none of it made the slightest difference to the outcome, or, probably, even to regional “enemy” strength, whether in the short, the medium or the long term. Want to know what sort of a lasting impact the sacrifice and the bravery of Australian troops had on the character or the landscape of Afghanistan? Put your finger in a cup of warm tea, then pull it out, and see the evidence left that a finger was ever there.