As ScoMo sets off in his big blue autographed campaign bus to Drive Down Electricity Prices in Queensland, the good news is that most of the hard work looks to have been already done for him.

This article was published by Renew Economy on the 5th of November 2018.

The bad news – for ScoMo, anyway – is that this was largely done by fair dinkum renewable power, and with very little help from the federal Coalition.

A new report from The Australia Institute – the think-tank’s National Energy Emissions Audit, published September 2018 – suggests wholesale power prices have peaked in most states of the National Electricity Market, as a surge of new renewables come online. 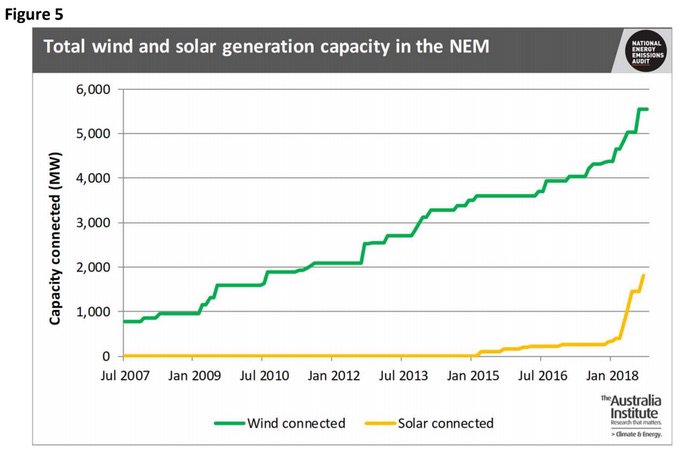 “Average wholesale prices appear to have peaked in all NEM states, and the strong growth in new renewable generation should put continuing downward pressure on prices,” the report says.

“Quarterly volume weighted average spot prices, as calculated by the Australian Energy Regulator, have been lower in each of the five NEM regions (states) in both the June and September quarters this year than in the corresponding quarters in 2017, indicating that the market is now recovering from the shock induced by the sudden closure of Hazelwood power station. 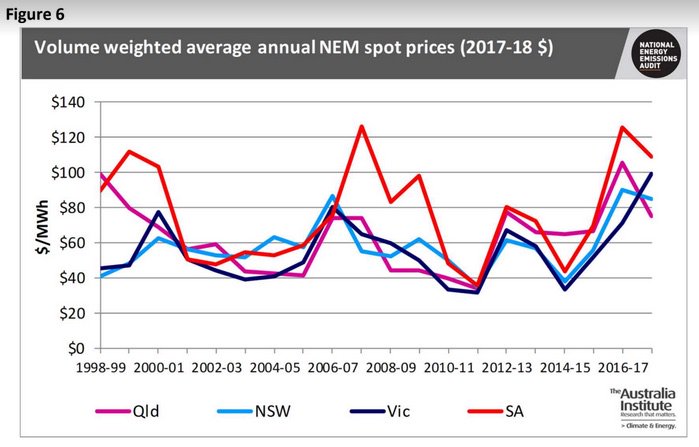 “The next two years will see continuing rapid growth in both wind and solar,” it continues, pointing to the Energy Security Board forecast that the total increase in annual renewables electricity between 2018 and 2020 should deliver equal to about 10 per cent of all NEM generation over the past year.

“This is equal to more than the current total annual output from Eraring, the largest power station in Australia, and more than double the current output from Liddell,” the latter a reference to AGL Energy’s NSW coal plant that remains on track to be shuttered in 2022. 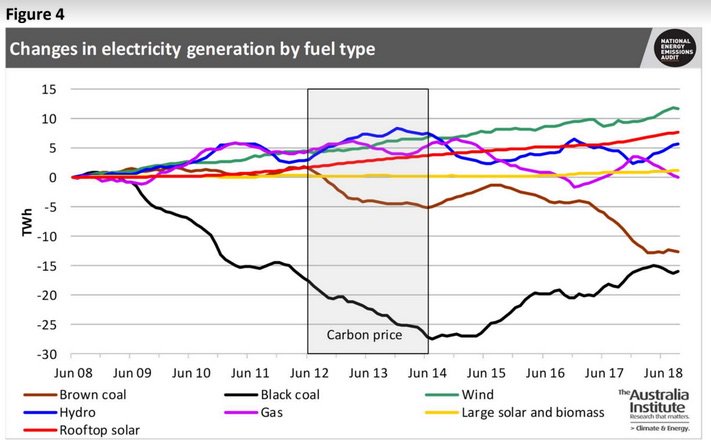 As well as being good for prices, the increased penetration of renewables on the grid has been good news for emissions in the electricity sector, which have continued to decrease following the 8.1 per cent drop between March 2017 to March 2018 – although, only by a small amount and largely thanks to Tassie hydro.

Elsewhere, however, emissions in nearly every other sector have increased, the report says, resulting in an increase in national emissions – not that the Morrison government is counting.

“NEEA reports have been pointing out for some time that while the reductions in electricity sector emissions are noteworthy, they will not be sufficient to offset increases in the other energy related sectors,” TAI says.

“The actual results shown here, however, are even worse than we feared.” 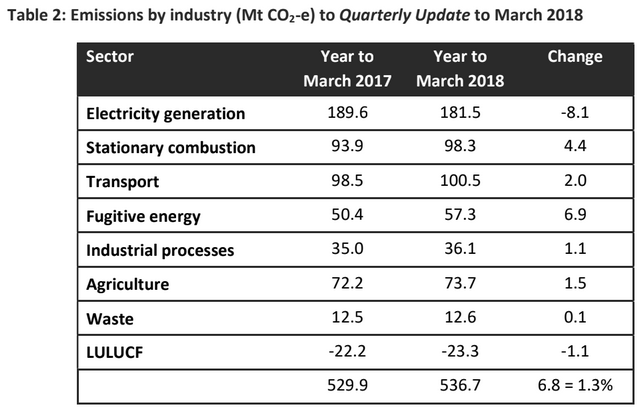 As you can see in the table above, the main culprit of this upwards emissions trend is Australia’s transport sector which, somewhat ironically, is being caused by the “seemingly inexorable rise in diesel consumption” – much of it “devoted to transporting huge volumes of coal and iron ore from mine to port.”

And in stationary combustion, the report concludes that LNG production has been the main driver of emissions growth in 2017-18.

Sophie is editor of OneStepOffTheGrid.com.au and deputy editor of its sister site, RenewEconomy.com.au. Sophie has been writing about clean energy for more than a decade.