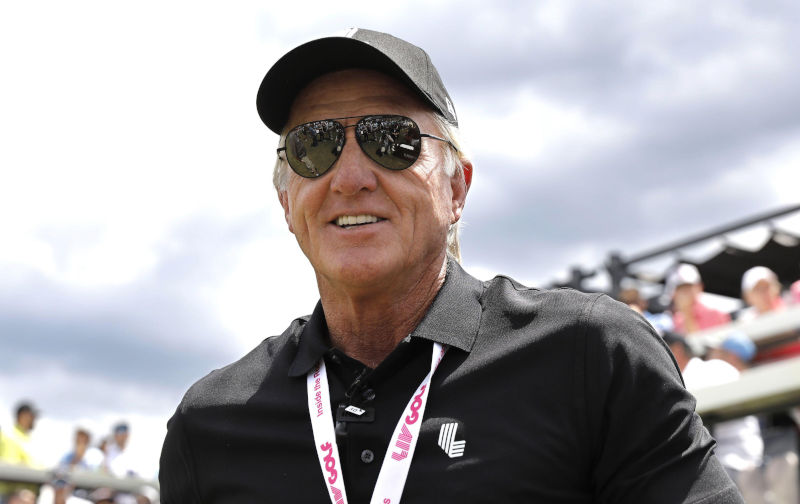 Peter Malinauskas, the South Australian Premier, has been the latest convert to the LIV Golf circuit, showing little to no awareness that the lion’s share of the money is coming from a state responsible for the brutal murder of journalist Jamal Khashoggi.

This is a month for the loose in principle, certainly in sports. The FIFA Men’s World Cup is about to commence in Qatar, a tournament built on the backs and bodies of oppressed labour and a blotchy human rights record. In golf, LIV Golf chief executive officer Greg Norman, financed by the pockets of the House of Saud, continues the corporate march across the putting greens of the planet.

Peter Malinauskas, the South Australian Premier, has been the latest convert to the LIV Golf circuit, showing little to no awareness about where the lion’s share of the money for it is coming from. It seems he may not even care. With LIV Golf Adelaide, scheduled for April 21-23 next year, he has made an undeniable statement as to what comes first.

The press release from the premier’s office claimed that the rights to host the LIV Golf event had been “hotly contested”. It would take place over school holidays, thereby boosting the economy with the arrival of international and interstate visitors. They would fork out and help “pack out restaurants, bars, hotels, shops and other businesses, many of which suffered through the pandemic.”

The glitz of the programme (an “innovative new format featuring team and individual play”) was also something to point out, not to mention the celebrities who would be turning up: Dustin Johnson, Phil Mickelson, Brooks Koepka, Bryson DeChambeau, Sergio Garcia, Patrick Reed. Dishonour boards in sports have rarely been so long.

South Australian voters can also be assured of state government money from the Major Events Fund co-mingling with Saudi funding. By implication, it means that Malinauskas has linked the treasury of his government with a regime that continues to attack freedom of expression, association and assembly, target dissidents and women human rights defenders, indulge the death penalty with relish and subject migrant workers to horrendous abuse.

Riyadh is also prosecuting a vicious war in Yemen which has led, according to the latest UNDP report, to the deaths of 377,000. Of those, 60% were attributed to hunger and preventable disease, much of it arising from the coalition’s blockade. The death toll amongst children has been astonishing, notably amongst children under the age of five.

All these ghastly blemishes have been touched up by one of the world’s most expensive public relations campaigns. The campaign has been particularly aggressive in sports, where the Public Investment Fund has played a big part. To that end, sportswashing is all the rage as investments are made to buy sporting clubs and host tournaments in the hope of winning weak hearts and even weaker minds.

Norman revealed the news to members of The Grange Golf Club. It was wonderful for him, the place where he secured his first ever victory in professional golf in 1976. His comments, as one has come to expect from a man called the Great Shark, are stripped of any ethical or moral awareness. He is the well remunerated useful idiot, a dolt who fantasises about golf instead of mourning the death of journalist Jamal Khashoggi, murdered, many believe, on orders by the crown prince Mohammed bin Salman. “Passion for sport is at the core of Australian culture, and LIV Golf is proud to bring its global league to a country deserving of the world’s top competition.”

Norman’s approach is that of a child oblivious to the hangman who passes by. “This is an opportunity to grow the game with generations of Australians while connecting them with star players like Cameron Smith who are building a new platform for golf around the globe. There is massive potential for Australia to play a bigger role in this great sport, and I couldn’t be more excited to showcase Adelaide for our league’s debut year.”

The Grange Golf Club’s President Nicolle Rantanen Reynolds was also all about the golf. As the moral vacuum tightened around her remarks, the familiar themes emerged: South Australian pride, “fantastic for our state”, and the fact that, “All golfers love to see great golf, and we will get to see the best in the world.”

The Shark’s charm, aided by a huge cash reserve from a murderous desert regime, has convinced the Premier that he could not do without the event. “Securing the first Australian LIV Golf tournament is an exciting coup for South Australia.” Such an event was “exactly what our economy needs as we emerge from the pandemic, in particular our hospitality sector which has done it tough over the past couple of years.” In full promotions mode, the premier could merely iterate that, “LIV Golf will bring some of the world’s best golfers to SA for an event the likes of which our country has never seen before.”

When the large elephant in the room could no longer keep quiet, the Premier revealed a moral calculus common among leaders across the Western world. In dealing with Saudi Arabia, economic considerations should always come first. “I just encourage a moment of pause and caution, and a rational analysis of basic facts and what our nation’s relationship is with other countries around the world.”

What did such a rational analysis reveal? “The simple truth is this is an unparalleled opportunity for our state and our country in a way that is utterly appropriate and one that we’ve got an obligation to pursue.” When engaged in unprincipled conduct, the defence of duty and obligation is never far away.