China is so often framed negatively. It compounds our ignorance.

By Michael Davis
Apr 5, 2021
When we speak of China we rarely, if ever, stop to consider how (or what) meaning is generated in the minds of the audience. Yet how we speak of China is no less important than the words that we use. Facts are not enough.
Challenging false statements about China can often be counter-productive because to do so we repeat those falsehoods and thereby cognitively reinforce them in the mind of the listener. This is not some strange hypothesis dredged up from the depths of social media, nor is it simply about linguistic style, but an understanding brought to us from contemporary neurocognitive science.
A pioneer in this field is George Lakoff. It is worth reading how he applied this understanding in his 2010 paper entitled ‘Why it Matters How We Frame the Environment’. Too often, discussion of China is framed in terms such as “the rise of China” or “threat” which predetermines how ensuing discussion is understood. Much of what neurocognitive science has revealed seems counterintuitive, but the evidence is there.
In the contributions to this blog, many esteemed writers have highlighted Australian ignorance of China and the many prejudiced opinions spread in an ill-informed and politically biased media. I strongly agree with these criticisms but argue that the problem is more deep-seated than ignorance. It relates to how China is framed and how our brains interpret this.
Firstly, it is estimated that 98 per cent of our thought is unconscious. Secondly, reasoning is a physical process, not a disembodied phenomenon. It depends on the physical involvement of our bodies and our brain. Thirdly, our cultural, historic, and individual experiences mean that we all reason differently. Finally, we do not understand the world as it “literally” exists. We rely on metaphor, mostly unconsciously, to make sense of abstract ideas which, by definition, we cannot directly experience.
There is extensive literature on this ranging from Michael Marks (Metaphors in International Relations Theory) to Connors and Mitchell (Framing Modern Monetary Theory), or even Lakoff and Nunez (Where Mathematics Comes From).
The problem we face when speaking of China is not caused by the many fine contributions to China discourse such as Henry Litton on Hong Kong or Colin Mackerras on Australia’s Mindset on International Affairs. The problem lies in the ability of negative framing of China, oft-repeated, cognitively strengthened by such repetition and unconsciously adopted to cause the listener to disregard the facts. Negating the negative frames only serves to strengthen them.
The ABC, for example, is full of this. Despite the lack of evidence and despite the recent WHO investigation, the national broadcaster was repeating China as the source of Covid and the agent of its spread despite the facts. So how do we speak of China? Certainly honestly. Certainly, admitting areas of our ignorance. Instead of engaging strategic frames of China “dominating” science, technology, or trade — step sideways.
Australia through the CSIRO is collaborating with China by exporting Australian heliostats (mirrors used in Concentrated Solar Thermal Power generation) to reduce Carbon emissions. My grandchildren in Brisbane are being taught basic Chinese language at preschool due to the initiative of staff members.
How could we work better with China on vaccine development and recognize China’s contribution to International aid to control the pandemic? The ignorance about China that authors such as Colin Mackerras rail against is real but we have resources to deal with this — Chinese tertiary students for example. Framing China in a positive light is long overdue — politicians and other elites (I loathe this word!) might speak the language but don’t necessarily walk a straight walk.
Australia’s Chinese community are not a homogenous group either. There is little distinction between national origin and ethnicity. If people look the same (to us) they must be the same! The last count I saw was that China had 56 registered ethnic groups. The one-child policy did not apply to ethnic minorities. Yet misinformation is still being spread.
It is contrary to our professed democratic ideals that those who speak up for China, or about China, are framed negatively. Whilst negative framing can override the facts, Australians simply lack much factual understanding of China.

Having grown up and taught in multicultural Australia, I have seen it all before. But I feel that the crises facing us today make matters more critical. Global warming, global pandemic, global economic stress-causing unemployment and inequality and anti-Chinese strategic posturing cannot be ignored. How we frame our concerns is equally important. 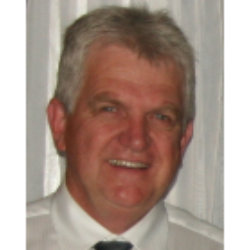 Michael J Davis PhD is a life member of the NSW Teachers Federation and former executive member. He majored in Zoology and Genetics at Sydney University as well as earning a Masters of Asian Studies and PhD at Griffith University with a particular interest in Australian Engagement with China and causes of Australian ambivalence.