The former Commissioner of the Australian Border Force (ABF), Roman Quaedvlieg, made a remarkable admission last week. It occurred in an exchange on Twitter with a former senior medical officer who had worked with refugees on Nauru. In a tweet, Quaedvlieg admitted that during his tenure the ABF had deliberately obstructed and thwarted the transfer of refugee detainees from Nauru to Australia for acute medical treatment.

“It’s true to say that the threshold for medical repatriation to Australia is high. It’s an issue which tormented me as far as I played any role in any case because every case was a practical v. ethical dilemma. A tragedy borne from tragedy.”

There is no ethical dilemma. If a detainee is in urgent need of medical treatment, he or she should receive it. But Nauru hospital is incapable of providing treatment in many if not most life-threatening situations, particularly where these involve threats of suicide or self-harm.  And yet tens of refugees, if not more than a hundred, have languished in brutal detention conditions for years without receiving the emergency treatment they need. At least two have died on the island as a result.

The former medical officer with whom Quaedvleig was corresponding wrote: “I appreciate your comments, but you must remember that every time, without fail, that I tried to get deserving cases the care they needed they were thwarted and obstructed by the ABF. Every time.”

As at August 2017 there were more than 50 refugees whose doctors had requested medical transfers and had had their requests for transfer to Australia refused. A startling new policy initiative by Peter Dutton’s former Department of Immigration has made the damaging situation even worse. Previously, decisions as to medical transfers from Nauru had been made by the ABF in coordination with the government’s medical contractor on the island, International Health and Medical Services. From July 2017, however, the responsibility for decision-making was transferred to Nauru Hospital’s Overseas Medical Referral Committee (OMR). This Committee is somewhat ad hoc. It meets only infrequently, keeps few records and possesses limited medical expertise. The principal consequence of this transfer of responsibility has been that far fewer requests for medical transfers have been approved than under the previous arrangement. And conflicts of interest abound.

To take a recent example, three female detainees had fallen pregnant. Given the conditions of detention on the island and their own mental fragility, none of the women wished to proceed with a pregnancy. Their psychiatrists applied for their transfer to Australia because, in their opinion, the women were at risk of suicide, self-harm or dangerous home abortion. The OMR refused their applications.  The problem here was that, as a conservative Christian country, Nauru has outlawed abortion. It was unsurprising then that the OMR rejected the women’s requests for transfer. It would have been contrary to Nauruan law.

The Australian government has often been quoted as asserting that the nature and quality of medical care on Nauru is approximately equivalent to that in Australia. This is not even remotely the case. The lengths to which Australia will go to avoid landing medical transferees on our shores is extraordinary. It is not widely known, but women who face complex and dangerous pregnancies on Nauru are most often transferred for treatment to Taiwan, Singapore and Fiji. The cost of this must be astronomical. But, of course, boat people, even when seriously ill, cannot possibly be allowed to step ashore here.

So, what is Mr Quaedvlieg’s practical dilemma? It appears to be that a small number of successful medical transferees applied to Australian courts for injunctions to prevent their return to off-shore detention. Courts have granted such injunctions. That is how the rule of law operates. But Mr Quaedlveig has characterised it differently. For him, an approach to the courts amounted to an exploitation of medical transfer to evade the strictures of boat people policy. In an extraordinary sentence, Quaedvlieg wrote that ‘doctor’s advice was not the only consideration in judging whether people should be moved to higher levels of care’. One can only wonder about what such additional, extra-medical criteria could be. I have no idea.

Another recent example illustrates dramatically the havoc that a refusal of medical treatment and transfer may generate. An Iranian detainee, Fazileh M, has been suffering serious gynaecological problems for three years. Among other adverse health effects, she has become incontinent. She now wears nappies. Since February 2017, several doctors have been contacting immigration authorities to request her urgent medical transfer to Australia.  All of these requests have been either delayed or refused. In the three years since the onset of her illness, Fazileh has lapsed into depression. So have her two young children. Her son, Ali, has engaged in serious self-harm, including head banging. Fazileh herself has made several attempts at suicide. In February 2017, her treating team demanded that she be moved to Australia within a month. 15 months later she remains on the island. In March she was scheduled to be transferred to Taiwan. But the Taiwanese cancelled the operation, citing local medical priorities. Just last week, Fazileh’s son Ali, aged 12, was filmed making a plea for his mother. This is what he said:

“My Mum and me thought the Australian Government pays attention to abandoned children and mothers. But they are not paying attention. They are trying to kill us, little by little. I feel all the good people have died.

“I feel helpless because no one helps us. There is no one to see how we are suffering. My Mum is very sick and my brother is totally depressed. Still, I feel I am more sick than them.

“This dream remained in my heart (points to a poster of his favourite soccer players).  I don’t even have wall to stick them. I stick them to the tent and they get wet and fall down.

“From the age of seven when I came here, I have been stuck. I wanted to be an important person but instead I am nothing – worse than nothing.”

The AMA and the Royal Australian College of Physicians have called for off-shore asylum seekers who require urgent medical treatment to be repatriated immediately to Australia. Dr Catherine Yelland from the College stated that ‘it’s abundantly clear that they can’t receive the quality health care they need in these (Nauruan) facilities. Doctors’ advice must be followed. We’ve too often seen the tragic outcomes that can occur when this advice is ignored.’

In reply to inquiries from The Guardian in relation to this issue, the Department of Immigration’s media unit said that ‘This is a matter for Nauru”. Calls to the Nauru Government and Nauru Hospital have not been returned. Inquiries directed to Peter Dutton’s office have elicited no response.

(In preparing this article I am indebted to Ben Doherty’s first class reporting in The Guardian.) 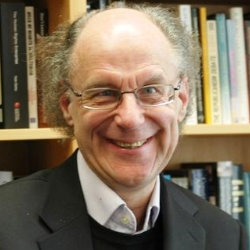