Squid Game: what the subtitles don’t tell you 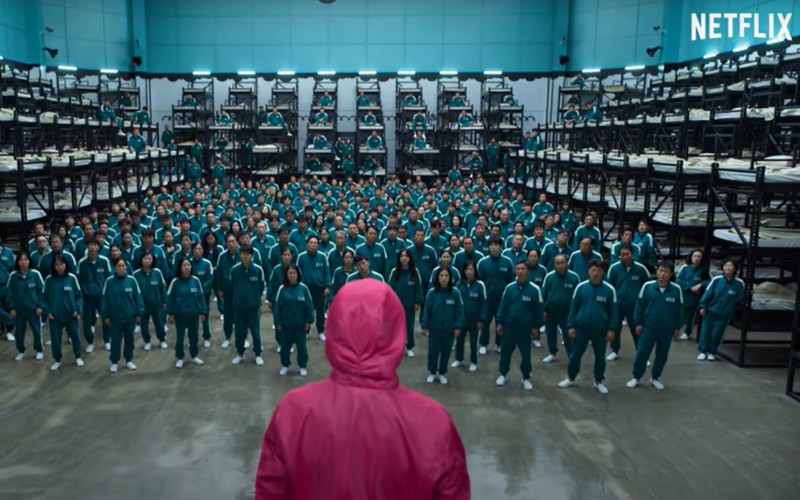 Eight cultural specificities in Squid Game explained to help you do business, build stronger relationships and succeed in Korea.

As a Korean speaker, someone who has lived in South Korea, and works with Koreans on a daily basis, I’m loving how Netflix sensation Squid Game has captured the attention — and curiosity — of so many across the globe.

The show has prompted questions from my family and friends about the show’s cultural translation. As someone who is so close to Korea, I often forget about how little Australians know about the country and its culture.

The success of Squid Game and other cultural exports, such as boy-band phenomenon BTS and Oscar Best Picture Parasite, are opportunities to get to know Korea better. And from my perspective, their success is also an opportunity to promote business opportunities with our third largest export market.

But business opportunities — like Squid Game — are full of cultural intricacies that are not easily translatable or are hidden from plain sight or go misunderstood at first glance. These intricacies are often vital to business success.

To help you understand Squid Game and Korean commerce better, here are eight things from the show that deserve greater cultural explanation. By understanding these points, you’ll not just enjoy the show more (if you can get past the gore), you’ll be better equipped to build strong relationships and win business in Korea.

1. Many of the games were played by Koreans in their childhood, including the Dalgona ppopgi 달고나뽑기(candy game) and red light green light. This 달고나 뽑기 used to be quite common and popular for primary school aged child. Often after school, there would be a 달고나아저씨 (Dalgona man) outside the school gates and children could buy the candy for about 100–300 won (which is about 10c–30c) with children playing as depicted in the series, trying to cut out a shape with the needle. If they succeeded they were given another candy for free and another chance to cut out the shape. These days the Dalonga men don’t exist, however this series has promoted the resurgence of the game, with many parents buying Dalgona cooking kits for their children. Red light green light game or 무궁화 꽃이 피었습니다 in Korean actually translates to “hibiscus has bloomed”, with hibiscus being the national flower. This game is still popular among children and often played during two major Korean holidays: Chuseok or Seollnal.

2. Hierarchy is prevalent throughout the series. The most obvious example is the three levels of workers and the front man, who is the most highly ranked. The hierarchical structure of the workers is a key factor of Korean life, found in society and culture, in business and of course in the military. (Remember that there is conscription — all men, with very few exceptions, must undergo about 18 months of compulsory military service.) These layers of hierarchy determine not only roles and responsibilities but also the more highly ranked employees demand respect from the more junior ones, and this also carries over into the language one must use. For example, when speaking to someone more highly ranked than you, you must use a more formal verb ending which you can probably hear as “hab-ni-da” or “sub-ni-da”. Conversely when speaking to someone lower than you (or someone you are very close to), you can conjugate your verb in a more informal manner, and you may be able to hear this with a shorter ending of the sentence, such as “ya”. For those who are ranked similar to you, or when still getting to know someone, you will often hear the sentences end in “yo”.

3. This show also demonstrates Korea’s homogeneity. It appears that all players and staff (except for Ali) are Korean, noting of course that Saebyok (which by the way means sunrise) is North Korean. The homogeneity is a true reflection of society, with only about 3 per cent of the population comprising foreign people. While you can find many non-Koreans in Seoul and increasingly Busan, there are few foreigners in the regions.

4. Korea’s currency is the won — which I found to be inconsistently translated in the subtitles, perhaps making it difficult to understand in parts how much money is being talked about. A simple way to calculate dollars from won is by simply removing the last three zeros. So for example, 10,000 won is roughly equivalent to $10. There are three banknotes: 1000 (blue notes), 10,000 (green notes) and 50,000 (gold notes), which translate to roughly $1, $10 and $50 respectively.

5. Wealth disparity is one of the core themes of the series. There has been considerable commentary on this aspect of the show, and interesting that the other hit Korean drama which has gained global attention, Parasite, is also based on this theme. It isn’t uncommon to see elderly women (such as the Gi-hun’s mother) still working, and many old people living in poverty. A contributing factor is that the pension system was only introduced in 1988. There is an expectation (although this is weakening) that children will care for their parents through retirement, and live with their parents together with their families — often three generations under one roof. This social norm was also referenced when Gi-hun asks Il-nam in the early episode why he isn’t at home enjoying his daughter-in-law’s cooking. When Gi-hun returns home to find his mother dead, this perhaps is a reference to how he feels he has failed as a son and this weighs heavily on him.

6. References to SNU or Seoul National University. The mother of Sang-Woo is extremely proud of her son, on multiple occasions referring to him as a graduate of SNU. This is also demonstrated through Gi-hun’s disbelief that a graduate of SNU can end up at the Squid Game. SNU is one of most prestigious and prominent universities, together with Korea University and Yonsei University. Combined they spell “SKY”. Every year, on the second Thursday of November, Koreans in our equivalent to year 12 sit the Suneung, or the “College Scholastic Ability Test”. It is a day that stops the nation. Flights are re-routed to minimise noise disturbances, particularly during the English language hearing test, and if you are running late you can call a police escort. Businesses often open an hour later than normal to allow the traffic to flow easier so students can get to the exam halls on time. I went to Yonsei University (the entry requirements for foreigners are much easier) and a friend of mine’s colleague retook the entrance exam 10 times, to get entry into Yonsei University. Each year, reports suggest that between 1 to 2 per cent of year 12 students gain entry into a SKY university. This hopefully sheds some light as to what it means to be a graduate of one.

7. Names — you will notice that the characters don’t refer to themselves by their first name, but rather what is called hoching. Instead of names, you use a term that is determined by your gender, and whether the person you are speaking to is older or younger than you. For example, if you are a male, and referring to someone that is older than you, you would call them “hyung”. This links back to hierarchy, of which age is a key determinant. One of the key moments in the show is when Sang-Woo tells Ali to refer to him as hyung (as opposed to boss) which symbolises that they are on the same level, and have trust and kinship between them. One of the last words that Ali says, before he realises that Sang-Woo deceived him, is “hyung”. The term is also used between true brothers — the front man (Hwang In-ho) and the cop (Hwang Jun-ho).

8. Respect for elders — again linked to hierarchy and demonstrated by Gi-hun’s care for Oh Il-nam (player 1). Koreans respect their elders and this is depicted in a heartwarming way between the main character and the older gentlemen. It is common to see children give up their seats on public transport for an elderly person. Of course this is true in Australia too, but perhaps more noticeable in Korea. Another show of respect to elders is to hand items with two hands. In the final episode, when Gi-hun understands the real identity of Oh Il-nam, he hands him a glass of water with only one hand, demonstrating a lack of respect.

Liz Griffin is executive director of the Australia-Korea Business Council.