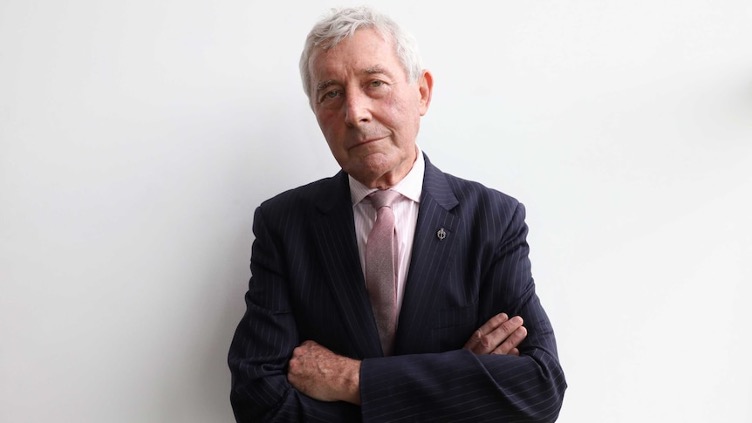 Following the Bernard Collaery and Witness K matters, occasionally there are little glimpses into the strange Stalinist world within which the Commonwealth beavers away to discredit two distinguished Australians. The Senate Estimates hearing on 29 May provided such an opportunity.

Mr Scott Bruckard, a public servant of 35 years, who is apparently the acting head of the office of the Commonwealth Department of Public Prosecutions (CDPP), showed that he is a dab hand at not answering questions. Yet still, some very interesting information did escape under questioning by Labor veteran, Senator Kim Carr, and independent Senator Rex Patrick.

While evasive on the question, it seemed from Mr Bruckard’s non-answers that the CDPP has not considered the impact of prosecuting Collaery and K on Australia’s relations with Timor-Leste. Senator Patrick told the hearing that he had visited Timor-Leste a number of times and that Collaery and K are regarded as heroes there. Senator Patrick also remarked on the very prominent public works that the Chinese Government is constructing in Timor-Leste.

Astute observers have remarked that Timor-Leste is potentially Australia’s Cuba. From a strategic military and intelligence perspective, there is little doubt that China would be very keen to have a presence in Timor-Leste. If it were to do so, the Australian Government would very likely need to respond. Senator Patrick remarked that the response would likely cost billions of dollars.

He did not say so, but that scenario would put Australia in a much worse position than having a friendly Timor-Leste on our doorstep.

The CDPP proclaims that in taking decisions whether or not to prosecute, one of the two factors it considers is the public interest – the other is whether there is sufficient evidence of guilt. Mr Bruckard told the hearing the public interest test is a continuing one – the CDPP applies that test not only before deciding whether to prosecute and keeps it under review.

It beggars belief that prosecuting Collaery and K can be in the public interest if for no other reason than its impact on Australia’s relations with Timor-Leste.

In an article on Pearls and Irritations on 23 October last year, I analysed the CDPP’s policy on when to prosecute in relation to the cases of Collaery and K and journalist Dan Oakes. The Commonwealth had just decided to abandon its prosecution of Mr Oakes for bringing to the Australian public’s attention that our Special Forces military had murdered numerous people in Afghanistan.

I sent that article to the CDPP, Ms Sarah McNaughton, calling for the prosecutions of Collaery and K to be similarly abandoned. I received no reply nor even an acknowledgment.

The CDPP’s website includes the “Prosecution Policy of the Commonwealth” (the Prosecution Policy) which it says “underpins all of the decisions made by the CDPP throughout the prosecution process”.  The Policy says that the pivotal test is whether “the public interest requires a prosecution to be pursued”.

Numerous other factors which the Policy lists as relevant are heavily in favour of dropping these prosecutions. These include:

Crikey has described Collaery’s prosecution as a vexatious pursuit of Collaery by then Attorney-General Christian Porter, reporting “bizarre secrecy orders [sought by the Commonwealth] that would see Collaery prosecuted, with the risk of jail, using documents that neither he nor his legal team, nor the jury, would even be allowed to see”.

In order to prosecute K and Collaery, the prosecution is resorting to approaches that, in the view of many credible and even conservative observers, involve serious attacks on the Rule of Law and on the deeply entrenched Australian tradition of fairness in the conduct of criminal trials. These approaches seriously affect the reputation of the CDPP into disrepute, and seriously risk also bringing the courts in which the prosecutions are being conducted into disrepute.

These matters collectively have a real potential to very seriously and adversely affect community harmony and public confidence in the administration of justice, and to bring the law into disrepute, particularly in a prosecution that is seen by many to be politically motivated. Because of the secrecy of the trials, we know virtually nothing of the obstacles being put in K’s path. We get limited glimpses of what is happening in Collaery’s proceedings. Those glimpses include that the charges against Collaery don’t identify – even to Collaery himself – what secret he is alleged to have disclosed.

It seems that we have nearly reached the point when the immense pressure over years on K has broken his will to fight on. He is apparently about to tap the mat. Collaery meanwhile, with his much superior knowledge of the law, is fighting on. To the extent that it is possible with these Stalinist prosecutions, I have considered whether a halfway fair prosecution of Collaery could possibly succeed. I am firmly of the view that it could not.

K might be well-advised to seek a stay to his prosecution until the Siamese-twin prosecution of Collaery is completed. If, as I predict, Collaery is acquitted, that should flow through to K as well.