The government has totally squibbed the latest pharmacy regulation review, and consumers will be the losers.

Every five to 10 years in Australia, the government establishes a review of the regulations governing pharmacies. Those reviews invariably come to the same conclusion: community pharmacy is over-regulated, and a reduction in regulation would benefit consumers. Just as invariably, the government response is to do nothing. 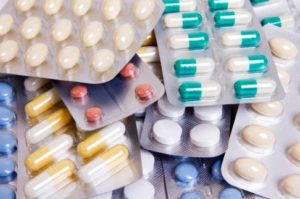 Well, here we go again. Last week the government released its response to the latest such review, conducted over two years under the leadership of Stephen King, a former professor of economics who is now a Commissioner of the Productivity Commission. It’s a do-nothing response: pharmacy owners, represented by the Pharmacy Guild of Australia, are the winners; consumers and taxpayers are the losers.

The government’s response to the King review shows, yet again, that the pharmacy industry in Australia is a classic example of what economists call “regulatory capture”: the regulator acts in the interests of the regulated, rather than the public interest.

How consumers miss out

The King review made a number of recommendations that would make life easier for consumers.

For example, it called for the Pharmaceutical Benefits Scheme Safety Net to be managed electronically, so that consumers weren’t effectively “locked in” to a single pharmacy that kept track of their prescription purchases. Yet the government has accepted this recommendation only “in principle”, and with no timeline to convert this tepid support into reality.

Of course, patients can maintain their own records, but it is much easier for them if they can rely on a pharmacy to do so. An electronic scheme would reduce patient dependence on a particular pharmacy. And there’s the rub: this recommendation would increase competition, something that is anathema to pharmacy owners in Australia.

Other pro-competition, pro-consumer recommendations, such as an “atlas” providing customers with information on pharmacies’ opening hours and the availability of multi-lingual staff, were rejected out of hand – “noted” is the term used in the government response.

Pharmacy owners have also persuaded the government to stymie proposals to relax the complex location rules that harm consumers by restricting competition between pharmacies. Grattan Institute’s submission to the King review showed that, contrary to the rhetoric of pharmacy owners, these location rules benefits the owners but not their customers.

How taxpayers miss out

The three-person King review panel was divided on a set of recommendations relating to future payments to pharmacy owners (the “dispensing fee”). Professor King and the consumer representative offered one set of proposals. The third panel member, a Pharmacy Guild insider, dissented.

The majority view was that government payment to pharmacies should be based on a “best practice pharmacy”, and that pharmacies adopt a common accounting framework – which would make it easier for governments to understand just how profitable community pharmacies are.

Yet even these seemingly innocuous recommendations were too much for the pharmacy owners. It seems the industry does not want future pharmacy pricing to be more transparent and evidence-based. Why not? Because increased transparency would strike at the core of pharmacy owners’ power; policy would no longer be held hostage to the pharmacy lobby’s unsubstantiated claims that their industry is in dire straits.

Once again, the power of sectoral interest groups in Australian health policy is exposed. Having summoned the courage to lift the lid on the pharmacy industry, the government has now squibbed the opportunity to improve the lot of consumers and taxpayers. The extensive public consultations of the King review have been trumped by the private consultations involved in developing the government’s response.

Once again, the public interest has lost out.

This article was first published in the Australian Financial Review on the 8th of May, 2018.