Can you believe the Abbott government has any idea where it’s headed on relations with China? Whatever you think of China’s politics, you can’t just take sides against China or meddle in the tense and volatile issue of China-Japan relations without there being some consequence for our bilateral relations. But the government doesn’t seem to care. From what you can divine from the little it says publicly, it thinks the Chinese will back down under Australia’s glare, and “get over it”. Like the Indonesians will get over it. But the Indonesians, whose thinking we know more clearly, aren’t going to get over it. Abbott and Morrison are so untutored in foreign relations and diplomacy, or so deaf, or both, that they don’t understand something has snapped in Jakarta. It’s not about our policies it’s about the language the Abbott government uses and the lecturing, patronising and racist attitudes they convey. A strong, independent, democratic and regionally influential Indonesia is not going to put up with that any longer and relations are never going back to the way they were before.

And the risk is that at the same time relations with China will be pushed back to at least where they were before Julia Gillard secured agreement for a regular high-level strategic dialogue with Beijing in April last year. This is not only harmful to our bilateral relations and restricting in our scope for managing them in our own interests. It will limit Australia’s capacity to be an effective player in regional affairs and a useful voice in the balancing of US China relations.

The fact is the government doesn’t have a China policy, in any coherent, strategic, long-term sense, and it has laid out no narrative in any speech or document that would give the lie to this assertion. Its handling of the issues with China over the last few months has been in the service more of a neoconservative confrontationist US view of China than an Australian view or Australian interests.

At the US-Japan-Australia Trilateral Strategic Dialogue in the wings of the APEC ministerial summit in Bali in October 2013, Australia put its signature to a communique which “opposed any coercive or unilateral actions that could change the status quo in the East China Sea”. The problem is, it’s the very status quo itself which is in dispute between Japan and China, and by some interpretations the Chinese case is by no means weaker than Japan’s. Whatever the rights, Australia needlessly and recklessly took sides in a complex dispute in which we have no part, and Beijing of course reacted.

And there’s a bit more. The final wording agreed in Bali was reportedly different from the draft prepared by DFAT, bearing the stamp particularly of the two drafting officials from Tony Abbott’s Australia and Shinjo Abe’s Japan (Tony Abbott’s ‘best friend’ in Asia). The Australian official was Abbott’s Senior Advisor on National Security, Andrew Shearer, allegedly in Bali to ride herd on the neophyte Foreign Minister Julie Bishop and an advocate of bludgeon diplomacy and hairy-chested confrontation of China.

In November, China declared an Air Defence Identification Zone, ADIZ, in the East China Sea. This may be a matter of concern to Australia, but it’s not immediately proximate for us, and it’s one for us that demands skilful diplomacy not confrontation. Australia had a range of possible responses, but Julie Bishop went straight for a public slap down, carpeting the Chinese Ambassador to Australia Ma Zhaoxu to denounce Beijing’s move, and rubbing the Chinese nose in it by talking it up in language that suggested ‘Look what I’ve done!’ The concerning thing about this is that it was bound to achieve nothing other than provoke a tougher, uncompromising position from the Chinese, and so it did. “Irresponsible”, said Beijing. But worse for us, it put diplomacy out of play, again to the detriment of our relations and any role in whatever diplomatic potential there might be for amelioration of the tensions surrounding the issue.

Julie Bishop then made a scheduled visit to Beijing, and we saw on television the famous prelude to her meeting with Chinese Foreign Minister Wang Yi. It’s the first time I’ve seen a senior Chinese, during the photo opportunity that precedes such bilateral meetings, vent a disagreement in this way with any country, even with the Japanese at difficult times in their relations. Wang Yi’s body language alone would have been a fairly blunt signal, but his sharp words in front of the media amounted to an official Chinese declaration that relations with Australia were in bad shape. In the history of our diplomatic relations, apart from the Tiananmen massacre we’ve not had such a stand-off. This, at a time when what we need most is to get closely alongside the Chinese and do whatever we can diplomatically to help defuse regional tensions and work on the development of a new order in the Pacific that peacefully accommodates Chinese as well as US power.

Yet in December, when Prime Minister Abe visited the Yasukuni Shrine and other countries in the region with an interest in Japan’s wartime record immediately objected and even the US cautioned Japan, Australia said nothing. This is a deeply emotional issue for both China and Korea, who interpret a prime ministerial visit to this shrine as an intentional denial of Japan’s wartime atrocities. And whereas on the two earlier issues the Australian government spoke out when it might to greater effect have chosen a diplomatic response and a public reticence, on this issue it didn’t even refer to it till a month later, and then only en passant in a Bishop interview with the Financial Review, when the incident was well out of the way.

With China, as with Indonesia, disagreements and policy differences can be managed, but it’s the way we’ve gone about it, and the language, and the idea from colonial times that if you speak English to these people loudly and clearly enough they will understand and do what they’re told. And for Beijing, there’s the unmistakable message that on matters it regards as vitally affecting its sovereignty, we stand with a particular US view that doesn’t want to accommodate Chinese power.

Beijing has not got over it. But what will it do in response? So long as it sees benefit for China, it’s unlikely to want to disturb economic relations or derail the FTA negotiations. What’s more likely is downgrading the importance it gives to political and strategic dialogue. But political and strategic dialogue is the one element of our relations we can least afford to lose. It took years to persuade an Australian government to understand this, and when finally it was taken up by Julia Gillard it took a huge effort to get the Chinese government to come to the party.

This is serious. It’s not a case of being pro-China or seeing Asia through a Chinese prism, which is what the proponents of the US policy of denial pretend. To lose that dialogue or have the Chinese not take it seriously would be a major setback for us. And make more difficult the management of our economic relations. And deny us opportunities to resolve through diplomacy and dialogue the many challenging issues we’re going to face directly with China as a Great Power in our external habitat and a force in our domestic politics.

What will happen, if the Indonesian government turns to China to supply or even directly assist its navy in the protection of Indonesia’s sovereign borders? And China obliges? And they turn to Abbott, Bishop and Morrison and say: “you, of all people, ought to understand”?

If you meddle in someone else’s issues by taking sides when you’re not a party principal, can you really believe they might not meddle in yours? 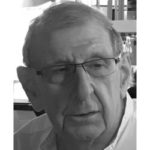