China’s deepening engagement in Australian society: is it a concern?

The PRC government’s influence in domestic Australia – long active but not altogether visible or much remarked – is now emerging as a big, contentious and potentially disruptive issue in the relationship, and a thorny one for policy-makers. In some respects, it may be more challenging and more pressing than other more prominent issues like the South China Sea. Unlike PRC actions in the South China Sea it is difficult to ascertain what precise actions the PRC is taking within Australia and what influence these actions are having.

PRC-derived funds support Australia’s higher education sector, media organisations, China research initiatives like the Australia-China Relations Institute (ACRI), and individual politicians and political parties. The flow of money is accompanied by an active effort to determine what is said and not said about China in public discussion, university teaching and the media, and to generate among Australians and the Australian government a broad, uncritical approval of China’s government and its foreign policies. Embassy and consulate officials have become more open in fronting universities and other institutions to voice displeasure at particular actions or decisions, with the suggestion that ‘China’ will not be happy if these are not changed or reversed. Nationalist media in China have labelled Australian politicians who question PRC influence-buying as ‘paranoid’.

Primary (but by no means the only) instruments and targets of this deepening influence in Australian society are the ethnic Chinese communities in Australia. The influence is palpable through the now near-monopoly PRC control of Chinese language media and censorship of its content; the surveillance, direction and at times coercion of Chinese students through PRC-directed or controlled student associations; the enlisting of ethnic Chinese business people to these and other causes serving China’s interests; and the pressuring and attempted muzzling of ethnic Chinese critics of the PRC. President Xi Jinping has been explicit about this aspect of China’s influence offensive, calling on all ethnic Chinese overseas, without distinguishing between PRC and foreign citizens, to ‘unite’ and work for the cause of China.

What is at play here is a soft power offensive with a hard edge, or Soft Power with Chinese Party-State Characteristics. Behind it lies the strategic foreign policy Xi has called a special ‘diplomacy for countries around China’s periphery’ (Australia being one such). The objective is to co-opt these countries to the enterprise of realising ‘China’s dream’, specifically its Great Power status and the legitimacy of its power ambitions.

The Australian government must delicately balance. It should encourage a transparent national debate about the role of PRC-derived funds in Australian society without stirring a populist Sinophobic response. There are legitimate concerns about PRC influence but some of the recent hysteria surrounding PRC-derived funds is also concerning. China Matters is grateful to our sponsors for their financial support.

Some areas will be easier to address than others. For example, if recent controversy around PRC-derived political donations leads to a ban on all foreign donations (as is the case in the US and UK) one problematic aspect of PRC influence will be deterred. Of course, in the education sphere Chinese money is sincerely welcomed and banning it would be catastrophic for Australian higher education. Chinese investment in Australian media is complex and finding unobjectionable ways to counter PRC government influence will be a challenge.

At one level the PRC’s engagement in domestic Australia is not altogether dissimilar from the soft power objectives of others including the United States, and therefore legitimate and unexceptional, and this has to be acknowledged.

At another level it is exceptional, because this wielding of influence in Australia is on behalf of the undemocratic Chinese political system and its methods of citizen control. Some of the interventions in Australia, for example, are directed by the Propaganda Department of the CCP Central Committee, whose role in China is to police people’s adherence to the views of the Party State and enforce ‘correct’ thinking.

It is exceptional because it brings Australian and Chinese national interests, and values, into direct contention, challenging fundamentals of our system like freedom of speech and the media and enquiry, and the very validity of our political system as such (a theme in recent official PRC discourse). It also demands loyalty to China of Australian citizens of Chinese descent, a direct challenge to Australian sovereignty. On the other hand, overly zealous finger-pointing and suspecting the hand of the PRC at every turn will encourage xenophobic commentary and exacerbate tensions within already fragmented AustralianChinese communities.

Stephen FitzGerald was former Australian Ambassador to China 1973-76. This article was presented at the Fourth National Meeting of China Matters, Perth, 22 September 2016. 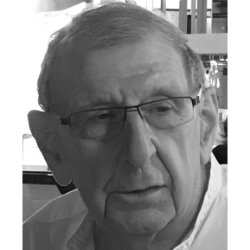