A new report comparing health systems in eleven countries gives Australia a pat on the back but not for equity. What’s going on?

The Commonwealth Fund in New York has published another report, Mirror, Mirror 2017, comparing the performance of health systems in 11 high-income countries including Australia. Australia performs well on most measures and not so well on others.

The mission of the Commonwealth Fund, as stated on its website, is:

The Fund regularly reviews the performance of health care systems in the US, Australia, Canada and several European countries. It uses national health statistics and surveys of health care providers and patients, as well as information from the World Health Organization and the Organisation for Economic Co-operation and Development. It compares costs of services and looks at health outcomes. Health systems often resemble creatures roaming in Jurassic Park. Attempts to compare them, while brave, encounter difficulty because of their differences. And to make things worse, health systems, rather like the dinosaurs, are old, often containing elements from other prehistoric eras.

But we can learn from others’ experience in health care. The best feature of the regular Commonwealth Fund surveys is the discussion they provoke about what we could be doing to improve our health care, that others are already doing. The surveys also help us identify what we are doing well and caution against our changing those things, lest we go backwards.

This most recent report from the Commonwealth Fund, Mirror, mirror 2017: international comparison reflects flaws and opportunities for better US health care, published in July, ranks the UK health system as superior to Australia overall, with the Netherlands third, New Zealand fourth and Norway fifth. The US is ranked at eleventh (the bottom) for overall performance, where it also sits for access, equity and health care outcomes, with its higher infant mortality rates and lower life expectancy at age 60. Australia comes first for outcomes, but eighth on equity. Our ranking in equity relates to our high out-of-pocket expenses that limit access to health care for people on tight budgets. Freezing Medicare rebates pushes up out-of-pocket payments, cutting into Medicare and universal coverage equity.

What ails the US?

Spending on health care, according to the report, reached 16.5% of gross domestic product in the US in 2014, compared with about 10% for the Netherlands, Canada, the UK, New Zealand, Norway and – lowest of all, at 9.0% – Australia. As physicians Jerome Groopman and Pamela Hartzband pointed out in a recent review in The New York Review of Books, a serious contributor to the high cost of health care in the US is the management overheads of the for-profit health insurance companies. Quoting An American sickness: how healthcare became big business and how you can take it back, by Elisabeth Rosenthal, Groopman and Hartzband say:

Before [health insurers] turned into for-profit companies, they spent 95 percent of premiums on medical care. To increase profits [they] now spend as much as 20 percent of their premiums on marketing, lobbying, and administration. In contrast, Medicare, the federal program for seniors that enjoys widespread popularity, devotes nearly all of its funding to health care and only 1 to 2 percent to administration.

These cost differences (in medical and hospital fees as well as in insurance) between the US and all others, have been present for decades. They offer no comfort to those who argue against universal, publicly funded health service financing. The Commonwealth Fund report states that the US is notable for its approach to health insurance. ‘The US health care system is unique … it is the only high-income country lacking universal health insurance coverage.’ The report judges the Affordable Care Act to be an important step forward and that, as a result, ‘more than 20 million Americans gained insurance coverage.’

So how does Australia rank? The report says that ‘Australia ranks highest on administrative efficiency and health care outcomes, is among the top-ranked countries on care process and access, but ranks low on equity.’ The criteria for evaluating access included timeliness of receiving health care and affordability of that care, and the criteria for evaluating administrative efficiency included how easy patients found using insurance and navigating the health system. Three observations emerge from the report of relevance to Australia.

First, our health system performs comparatively well (extremely well in parts) when examined against other systems operating in high-income countries. This should encourage the tens of thousands of people who work in it, often with unrecognised altruism, idealism and commitment and who receive relatively few plaudits. Chairing the board of the Western Sydney Local Health District for six years until December 2016 was an experience quite unlike any other in my career. It showed me the countless acts of kindness that occur every day in health care that go far beyond the call of duty.

There is so much grumbling about health: about how much it costs, how long it takes to get care and how uninformative staff can be; that an occasional balancing commentary, such as that contained in the Commonwealth Fund report, is very good medicine for the people who make the system work.

The challenge of better health

Second, we are doing well in promoting healthy, long life, and although that is partly due to the health system, it is also largely due to environmental, educational, economic and political factors. Our health system is crucial to saving lives – trauma, heart attack, stroke, mental health crises and cancer – and this is good preventive medicine. But environmental forces matter, too.

To follow Michael Marmot’s description of travel in the US and apply it here, if you were to drive from affluent Castle Hill in Sydney’s northwest to Mt Druitt, which is much less affluent, life expectancy would fall by one year for each of the 15 kilometres you travelled. That has only a little to do with the health care system and most to do with the socio-political environment (broadly defined).

Out-of-pocket, out of mind

Third, we should take the rising out-of-pocket costs of health care more seriously. Why? Because they have the ability to eat away at the foundation of Medicare and our ideal of universal access for all.

There are already substantial distortions in our system because of out-of-pocket co-payments. Waiting longer for care in the public versus the private system was not part of the Medicare deal. More ominously, recent evidence that private patients do not wait as long as public patients in the public system should be viewed as an ailing canary in the coalmine. The rhetoric is skewed in favour of private care. The air fills with baseless chatter about how much more efficient the private system is than the public.  Watch our performance decline as the effects of rising co-payments are realised.

So, a check-up from the Commonwealth Fund every year is good for the health our health system. There is much to encourage in this year’s report. But there is a serious threat; that of creeping privatisation to equitable access.

Stephen Leeder is an emeritus professor of public health and community medicine at the University of Sydney. He is currently director, Research and Education Network, Western Sydney Local Health District and Editor-in-Chief of the International Journal of Epidemiology. 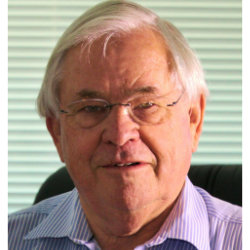