Scared to mention Palestinians lives and Israel brutalities: A challenge for new MPs 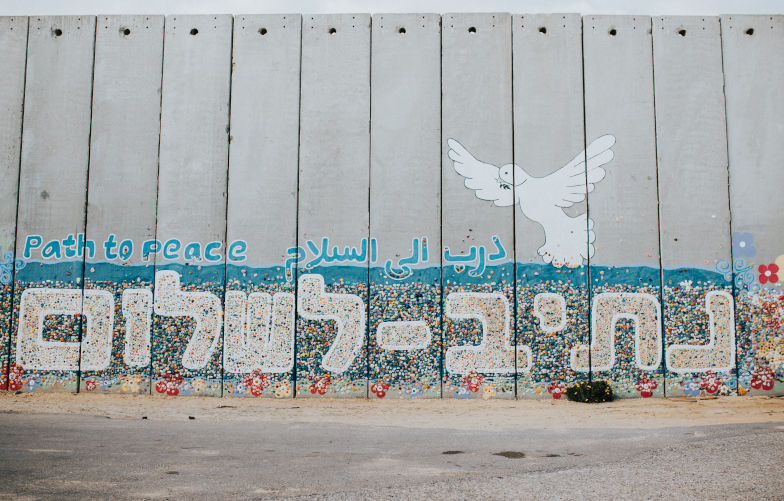 Justice for Palestinians is a priority issue. It is not anti-Semitic to say so. Image: Piqsels.com

In six weeks of electioneering, and despite the election result, Australian politicians did not dare and appear unlikely to dare to condemn the Israeli government’s continued abuse of Palestinians. An Israeli sniper murdered the distinguished Palestinian journalist Shireen Abu Akleh. Israeli police attacked mourners at her funeral, but such brutalities make little impression on the Australian establishment. Regarding Palestine, their indifference and cowardice still runs deep.

Direct observations and accumulated evidence should convince every Australian citizen to judge Israeli policies towards Palestinians discriminatory and cruelly abusive. But years of political conditioning have crafted Israel as not accountable to international law, as an exceptional state that can behave with impunity. Let abuses to Palestinians persist. Best not to mention what is happening.

Here is a challenge for the new Labor government and the diverse Greens and teal Independents.

On issues such as definitions of anti-Semitism, on Israel as an apartheid state, on refusal to see the common nature of Palestinian or Ukrainian resistance to their oppressors, it is incredulous that apparently thinking people collude with violent, racist policies.

Adoption of the IHRA ( International Holocaust Remembrance Association) definition of anti Semitism is a case in point. The definition says that anti-Semitism is a certain perception of Jews which may be expressed as hatred toward Jews.

The author of this statement insisted that it was never intended to be adopted as a gold standard interpretation. Geoffrey Robertson judged the definition ‘imprecise, confusing, open to misinterpretation and manipulation‘. The American Jewish academic Norman Finkelstein said it was ‘impoverished, ignorant, a slovenly substitute for rational dialectic.’ In the Jerusalem Declaration of anti-Semitism, Jewish scholars said the IHRA definition was a tool for the suppression of free speech and for reinforcing perceptions of Israeli exceptionalism.

Despite such repudiation, members of the Australian establishment, such as Labor and Liberal party leaders have adopted the definition for fear of the consequences of not doing so. They don’t appear to read. They seldom consult Palestinians. They seem unable to think for themselves.

If Jewish citizens in any country were subject to the hatred and abuse experienced by Palestinians, cries of anti-Semitism would be world wide. But anti-Palestinianism is taken for granted, as in Israeli Prime Minister Naftali Bennett’s previous boast, ‘I’ve already killed a lot of Arabs in my life and what’s wrong with that?’

The murder of Shireen Abu Akleh was publicised, but fifty four other Palestinian journalists have been killed by Israel since 2000. Since the Great March of Return protests in 2018, the international NGO Reporters Without Borders, concluded that Israel has stifled any reporting of attacks on Palestinians : one hundred and forty four Palestinian journalists have been on the receiving end of live rounds, rubber bullets, stun grenades and tear gas. Who cares? The victims are Palestinians, best to say nothing.

In the May 15 edition of the Israeli newspaper Haaretz, the distinguished journalist Gideon Levy notes that no Israeli journalist was ever killed by Palestinians in the Occupied Territories. He asks, is there any point in saying so?

Unquestioning, robot like acceptance of the IHRA definition of anti-Semitism runs parallel to denial that Israel is an apartheid state, segregating and discriminating on the grounds of race. Human Rights Watch, the Israeli human rights agency B’Tselem and Amnesty International detail the evidence of apartheid Israel. Amnesty’s conclusion describes Palestinians’ experience of a cruel system of domination as a crime against humanity. They refer to massive seizures of Palestinian land and property, unlawful killings, forcible transfer, denial of nationality and citizenship.

Despite the evidence, go there and see for yourselves the separate roads, home seizures, the obvious social and economic discrimination, Australian political and civic leaders are frightened to admit the apartheid system. A fear of being pilloried by Murdoch media outlets if evidence of Israeli apartheid is acknowledged, is a cancerous way to think and live. Truth does not matter. Political calculation does.

Against establishment orthodoxy, Zoe Daniel the new Independent MP in Goldstein, had signed a letter which identified Israel as running an apartheid system. That letter and her signature were unexceptional, but in response, Zionist lobbies, aided and abetted by the Australian newspaper, insisted that her accusations were dissembling, deliberately ambiguous and should be withdrawn.

When it comes to truths about Israeli policies built layer upon layer from facts on the ground, it’s wise to stick to the orthodoxy that Israel is exceptional and can therefore do what it likes. For fear of offending a supposedly powerful lobby, it would therefore be politically astute to deny evidence, or pretend that you’ve never heard of it.

Ukrainian resistance to Russia invaders has received publicity, praise and diverse forms of support. The murder of Ukrainians, destruction of their country and western opposition to a Russian war, make daily media headlines. By contrast, Palestinians’ resistance to their oppressors is ignored or treated as unjustified, labeled extreme or even as terrorism.

During an Australian election campaign, questions about these double standards, one which applauds brave Ukrainians, the other which ignores or deplores brave Palestinians, could have been raised, but this would have risked offending the Israel right or wrong brigades.

The closing stages of the election heard cries for a politics which would be honest, not corrupt, would outlaw bullies and adhere to certain human rights standards. The election of Greens and Independents and the massive defeat of conservatives, challenges newly elected politicians to question Israel’s brutal military occupation of the West Bank and the cruel side of Gaza.

Meeting that challenge will require courage to raise questions about issues previously stigmatised and avoided. Justice for Palestinians is a priority issue. It is not anti-Semitic to say so.