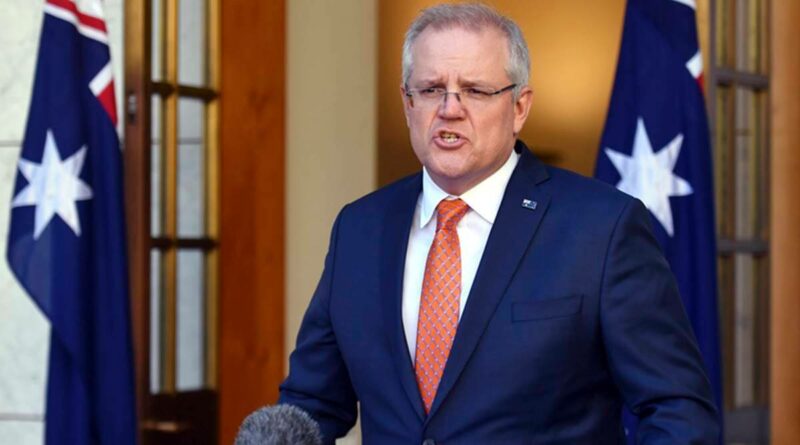 At press conferences about the Afghan tragedy, Prime Minister Morrison boasts that Australia is rescuing Afghans, and to resettle refugees will implement humanitarian programmes. Each claim displays selfishness and cruelty, as in policy statements which are cover for cowardice and devoid of generosity.

The May closure of Australian Embassy in Afghanistan told the world that brave Australia would cut and run and ensure that Afghans who had supported Australian military personnel and who needed to apply for visas to come to Australia, would face an arthritic bureaucracy, assuming they could find anyone committed to helping them.

Australian army officers who had served in Afghanistan plead that visa applications be treated as a matter of urgency but Defence Minister Dutton warns that processing applications has to ensure that no Afghan is admitted to Australia who would be a threat to our security. Always ‘our’, always the fear, always the risk to us, the selfishness oozing from every page of the same hymn book used by the Prime Minister.

The reference to a hymn book is a cue about Morrison’s religion but we’ll come to that.

In a league table measuring generosity concerning resettlement of refugees, the Australian government comes a dismal last. Evidence of action taken by other countries is worth repeating. Canada and the UK will each admit 20,000 Afghan refugees, Australia promises to take 3,000.

Germs of deceit infect the Morrison resettlement proposals. Australia’s trumpeted decision to admit 3000 Afghan refugees refers to an intake from the existing 13,750 humanitarian programme. It is not an addition. Political calculation and sleight of hand craft the pretence the government is being generous.

In his press conferences about the plight of 4,200 Afghan refugees living on temporary protection visas in Australia, and 53 in detention, Morrison stigmatises these people and demonstrates how tough he is by being cruel.

Experiencing a catastrophe, Afghans might expect a modicum of understanding and compassion. Instead, from his bully boy pulpit, Morrison rasps that Afghans already in Australia will never be allowed to stay here permanently.

To justify such steadfastness, he repeats the coward’s worn out formula. ‘I want to send a very clear message to people smugglers in the region, nothing has changed.’ But if they come by air he has no problem.

As part of their ‘very clear’ fascination with cruelty, Morrison and Immigration
Minister Hawke, who says he wants to be flexible but has never known how, show more strength by insisting that the Afghans on temporary protection visas will never be allowed access to family reunion schemes. If the wretched of the earth arrived by sea, they must at some point be deported from Australian shores.

Cruelty as part of Morrison’s policy repertoire is the behaviour usually expected of a psychopath. That serious charge should be made with more consideration than this government shows to powerless people.

A psychopath displays little or no understanding for the feelings, let alone the misery of others. They behave unhindered by reflection or pangs of conscience on what they are doing. Presented with the possibility of deciding that a refugee should always live in a state of uncertainty, and never be reunited with their family, a psychopath would gladly make such a decision.

The traits of the psychopath, in this instance displayed by an Australian Prime Minister, should not be traced entirely to psychological disposition. The politics of the last decades have been breeding grounds for psychopathic behaviour, as in cultures of indifference to human rights, when powerful people are not held accountable for bullying and deceit, and when a mainstream media pretends that such practices never occurred or do not matter.

Appalled by the Morrison government’s lack of compassion towards Afghans fearing for their lives, trade union and business leaders argue that the Australian government has a ‘moral obligation’ to act. ‘Moral obligation’ ? Sounds strange? Notions of morality are ignored or only interpreted selfishly by devout Christians such as Scott Morrison and Alex Hawke.

Of course it will be argued that it’s unfair to comment on a politician’s religious beliefs, that religion must be separated from politics. Really?

There’s a cruel irony in the Taliban takeover and in Australia’s taste for stigmatising and punishing the vulnerable. Given highly conservative interpretations of religions, links between religiously influenced views and attitudes to the other are glaringly obvious.

Yet in Morrison’s case, if he was even slightly influenced by the teaching of Jesus and by consequent Christian traditions to promote generosity, he would be admitting 20,000 Afghan refugees, granting citizenship to TPV holders and declaring that family reunions must be approved.

At least the ALP leader insists that Afghans on protection visas be given permanent citizenship. Without declaring that he is a Christian, Albanese implies that in the current refugee crises, promoting kindness and hope, even a touch of love, could be policy priorities.

At every press conference, in every media outlet, Morrison plays to his nationalist, discriminatory, isolationist political base and their too easy selfish views that as long as Australians are comfortable in their suburban homes, who cares about others, even citizens stranded overseas let alone powerless, fearful Afghans.

In a multicultural, allegedly fair go, human rights respecting country, the Morrison brand of selfishness and cruelty should have no place.