The structural and ideological foundations of Australia’s economic malaise: Can we avoid one crisis after another?

The dramatic and sudden shuttering of businesses following the imposition of coronavirus social-distancing rules has propelled the Australian economy into what is increasingly looking like a deep recession contradicting the rhetoric that the fundamentals are strong and provide a springboard for a speedy recovery.

In the early days of the pandemic, the Coalition repeatedly observed that what distinguished Australia among all OECD countries was that the economy was in a “strong position”. This would provide the springboard for a “quick snapback”. The magnitude of the downtown, and especially the increase in the real level of unemployment and the recent predictions of an imminent explosion in insolvencies of small businesses, suggests that the crisis is more deep seated than the Coalition would have us believe. Indeed, there is abundant evidence that the recession clouds that had been overshadowing most OECD countries were also in evidence in Australia.

The failure to appreciate that the economy was displaying all the signs of a structural downturn prior to the CODIV-19 pandemic reflects the misplaced assurances that the Coalition was maintaining its record as a sound economic manager. This helps to explain why the shut-down has been so severe. Crucially, in failing to identify the major economic fault lines, and to implement measures to deal with these, the promise of a “quick snapback” will likely be an empty gesture.

While the broad macroeconomic indicator Gross Domestic Product signalled a growing economy, albeit slowing, other indicators reveal that this growth was largely attributable to increasing population driven by immigration. Measured in per capita terms, Australia had been in recession for the last two years (Letts 2019a). Notwithstanding Coalition hubris that it was returning the budget to surplus, public sector expenditure was increasing and bolstering the impression that the economy was on a growth trajectory, not recession. In money terms, GDP had grown by between 3 and 6 per cent over the last two years, but when inflation is taken into account, GDP in current prices began to slip into recession in 2018 (ABS 2019a).

The consequence of this myopia was that Reserve Bank was left to try to resuscitate the economy. For the last three years the Governor, Phillip Lowe, had repeatedly raised the spectre of an imminent crisis, and he linked this to the suppression of wages. “The crisis is really in wage growth” declared Lowe, and, what must be a first for a Governor of the Reserve Bank, he repeatedly urged workers to take action to demand higher wages (Lowe 2018; Huchens 2017). Lowe’s concern was that the falling wage share in national income was having a depressing effect on aggregate national demand.

The impact of wage suppression on aggregate demand was being partly offset by increased household borrowing to maintain consumption standards. Indeed, the scale of household indebtedness is extraordinary. The. Australia has the second highest household debt/GDP ratio in the world and debt continues to grow ‘outpacing household disposable income’ (RBA 2020, 7; ABS 2019a). Clearly this is not sustainable, and the combination of wage suppression and borrowing saw consumer confidence plummeting over 2018 into 2020. Well before the pandemic hit, household consumption expenditure had begun to decline (Letts 2019b, 2019c; Roy Morgan 2020). The unfolding scenario had all the hallmarks of an emerging underconsumption crisis.

Wage suppression has been the pivot upon which the state of the economy turned, but a capital strike added to the economic malaise. Business has been preoccupied with maximising short-term returns, and, as Lowe frequently advised, it was difficult to imagine a recovery in wage growth in the absence of business investing in order to increase workplace productivity. However, such investment had been trending down for some time, and this was despite several developments that should have had a catalytic effect on investment (ABS 2019). Business was capturing an increasing share of national income as profits, interest rates were lowered to record levels and corporate tax rates cuts to no real effect (Verrender 2019). Neither has increased corporate borrowing been drawn upon to shift the strategic focus to recharge investment in new capital formation. Instead, recourse to borrowing had become a means for maintaining shareholder confidence, dividend payments and share value as well as executive remuneration packages (Robertson 2019; Wright 2020; RBA 2020: 10).

These redistributive measures failed to prevent the collapse in business confidence that occurred over the course of 2019 (NAB 2019). Indeed, the erosion of confidence reflected in, and reinforced, the decline in investment expenditure. New capital formation fell markedly over 2018-2019. New business investment as a share of GDP actually declined by 1.3 per cent, its lowest level in over a quarter of a century. This was not to be unexpected as profitability fell across most sectors – banking and finance capturing an ever-larger share of the profit pie being the notable exception – culminating in a sharp 3.5 per cent decrease in profit rates in the last quarter of 2019 (ABS 2019b). This was more than a crisis that had its origins in low wage growth. The unfolding scenario had all the hallmarks of an accumulation crisis. A surge in bankruptcies commenced in 2019, and business commentators are foreshadowing an even bigger tsunami of collapses when the various government COVID-19 support measures that have kept many businesses afloat begin to be wound back (Ziffer 2019; Keogh 2019; Elmas 2020; Robertson 2020).

This snapshot provides a clearer understanding as to why the employment crash with the CODIV-19 shut down of the economy has been so dramatic. It also provides some pointers to the inadequacies of the policy agenda that the Coalition has been flagging. None of the possible policy options are new.

Tax cuts have not boosted investment. As the Treasurer has acknowledged, most of the extra profits retained following corporate t tax cuts financed share buy-backs and dividend payments (Gray, et.al., 2019; Shield 2019). The tax savings simply enhance the accumulation of wealth rather than investment in new capital formation (Gothe-Snape and Clarke 2019; Lucy 2019; Wright 2020). Likewise, cutting taxes for high income earners hasn’t translated into increasing investment in productive capacity, but rather investment in stocks and property, that is, in wealth enhancement.

Cutting public expenditure is at odds with Lowe’s call for fiscal stimulus and overlooks the fact that it has been critical in addressing infrastructure deficits and bolstering demand.

The ‘reform of industrial relations’ is simply code for further deregulation of the labour market, wage suppression and the erosion of employment conditions. This will hit low-paid workers the hardest. Yet, as is evident with the JobSeeker allowance, and the JobKeeper program, improving the material wellbeing of those who are in receipt of the benefit has immediate and positive effects going a little way to ameliorating the inequities that have become more entrenched as well as stimulating demand (Somerville and Thomsen 2020).

The Coalition economic recovery policy agenda is very much a carbon copy of its preoccupations for at least the last decade. This reflects a longstanding pro-business agenda that has failed miserably in engaging business in rebuilding the economy and it has been pursued at some considerable cost to a growing proportion of the population. The Coalition has learned very little from managing the pandemic despite some of the positive initiatives that have at least established some minimum safeguards. The promise of “quick snapback” is just another layer on the ideology-ridden hubris that has defined this government.

A longer version of this article appears in the current special Coronavirus crisis issue of The Journal of Australian Political Economy at https://www.ppesydney.net/issue-85-winter-2020/ 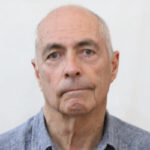 Stuart Rosewarne is a Research Associate in the Department of Political Economy, University of Sydney.