Summer games in Tokyo – the Paralympics 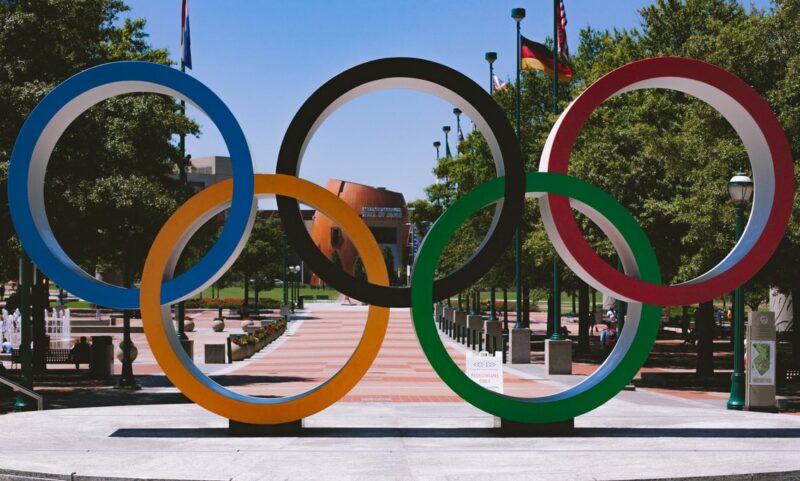 The current Paralympic Games are being carried out in the context of the dual crises facing Japan.

Continuing, unresolved radiation emanating from the 2011 Fukushima quake/tsunami/meltdown on the one hand and the COVID-19 public health crisis on the other. The Games were supposed to resolve them, leading the world into a new era of recovery, hope and peace, but neither have been resolved.

Apart from being de facto an event of 2021 rather than 2020, the 2020 Tokyo Olympic Games were remarkable in several respects. They were held in defiance of strong (70-80% in a series of opinion surveys) national opinion that demanded full attention be paid to battling the Covid pandemic rather than to a grand Olympic circus. As the Japanese medal tally grew, the opposition weakened but the fact remains that the Games were an imposition enforced from above by bureaucrats, politicians, corporate sponsors and the “international Olympic” movement. Japan’s anti-Olympic citizens were unable to sway either their own government or the international community. The Games were thus held in a bubble of isolation designed to block contact between athletes and the Japanese people and thus combat the spread of the virus. Overseas visitors were excluded. Athletes, their coaches, managers, and media representatives were under strict supervision and control, and cheering, singing, and shouting all banned. Despite the unpromising conditions the Games were pronounced a “success,” given saturation media average around the world, medals celebrated, and the overall Japanese hosting treated as a triumph.

As the days and weeks pass since that first phase Olympic event, however, it becomes clear that Japan has paid, and will continue to pay, a high price. For its boldness in trying to conduct a major international event while in the grip of the pandemic, it faces a growing public health crisis. At the outset of the pandemic, on February 27, 2020, when then Japanese prime minister Abe (Shinzo) issued a “request” (tantamount to an order) for closure of the nation’s schools, there were just 210 infected people nationwide (and in Tokyo that day just one). Over the 18 months that followed, Japan’s Covid infection rate grew by around 100 times, so that it came to be recording around 25,000 daily cases of Covid (as of August 22, 2021), or in Tokyo alone around 5000.

Over the year and a half battle against the virus, Covid infection proceeded in waves, each rising higher than the one before and made up with higher degree of its toxic delta variant. The current wave, officially “Phase 4,” or a phase of explosive spreading, commencing during the Olympics, continues to rise, surpassing by more than three times all previous peaks and doubling just in the recent interval between the two Games. Furthermore, experts agree that the real figure of infections is far above this nominal one. Privatization and neo-liberal shrinkage of the public sector health system has starved Japan’s public hospital system and had the effect of restricting hospital admission to severe cases. Not uncommonly, ambulances ferry ill citizens around major cities for hours seeking a hospital, only in many cases to be forced to return them to their home for unaided “recuperation.” Asahi Shimbun (August 21) reported that the official hospitalization rate of infected people was just 9.5%.  By that stage, at least 74,013 sick people were at home, hoping to endure and recover without medical attention.

In such circumstances, the “Tokyo 2020 International Paralympic Games,” opened on August 24 2021 and was scheduled to continue to September 5.  Despite the “no spectators” rule, and the drastic policing and surveillance system, around 16,000 visitors, including 4000 athletes themselves who suffer various forms of physical or intellectual disability, were expected in the capital. They would contest 539 events in 22 sports.

Japanese hosting of the Olympic and Paralympic Games was widely criticised for multiple reasons. Not least was their fabulous cost which, apart from advertising revenue income, would have to be met by the people of Japan. When Japan first sought, and then was awarded them, the Games were to be “compact,” with an initial budget estimate of 700 million yen (ca $6.3 billion). That figure in due course doubled and then quadrupled, reaching 2.7 trillion yen (around 30 billion) and, if ancillary costs such as those borne by Tokyo metropolis are included, 3.5 trillion yen ($32 billion). For rough comparison, Sydney’s 2000 Games cost around $6.5 billion, Athens in 2004 a little under $11 billion, London in 2012 $14.8 billion.

Critics and opponents of the Japanese hosting of the Games also believed that conduct of such a major global event would shift national attention from the struggle against the pandemic, allowing it to grow explosively (precisely as in due course happened). That same considerations applied to the Paralympic Games. Both were criticised for their incompatibility with the “stay at home” and the “three avoidances” of anti-pandemic policy. The government was hard put to defend itself against the charge of prioritising the Olympics over public health.

However, interest in and support for the Paralympic phase of the Games raised other issues to do with the human rights of the handicapped. That cause  attracted considerable attention in Japan leading up to and through the events. For the Japan hitherto tending to be known as part of the problem of discrimination against the disabled rather than for any positive steps to combat it, the official commitment to the advancement of the rights of the disabled (according to the IPC perhaps as many as 15% of global population), and to the outlawing of discrimination and the promotion of barrier-free policies of inclusiveness and diversity was surely to be welcomed.

While the Paralympics could thus be defended on grounds significantly different from the Olympic Games, however, the adoption for the disabled of able-bodied criteria of “faster, further, longer, higher” was problematic. Some major figures in Japan’s civil society even saw in the Olympic and Paralympic promotion movements signs of the recrudescence of pre-war eugenics. Such criticism, and the pleas for cancellation, passed for the most part unreported in countries sending teams to Tokyo.

As the Olympic and Paralympic Games proceeded through the summer of 2021, the virus rampaged through the country. Its impact was markedly different from region to region and the island prefecture of Okinawa was particularly hard-hit. Okinawa’s vulnerability to the virus followed from its dependence on tourism (which suffered heavily under the impact of Covid restrictions) and its heavily US military base dependence (70% of US military facilities in Japan, including major groups of US Air Force and Marine Corps, being concentrated on Okinawa’s islands). During the 18 month-long COVID-19 crisis 2016 of those roughly 26,000 US military personnel became infected. How many of the total of Okinawan people infected should be attributed to contact with the US personnel cannot be known but since many Okinawans are employed in the bases it cannot be trivial.

Thus, with its relatively small population (1.4 million) Okinawa’s infection numbers rose steadily, from less than 100 at the beginning of the summer to 761 by 18-August. Asahi Shimbun reported that in comparative terms that meant 310.32 infections per 00,000 of Okinawan population, highest ratio in the country and well above second-place Tokyo (226.83). If Okinawa were a country, it would rank among the most serious concentrations of Covid infection, above the “worst” cases internationally such as, at that time, Malaysia (403.4 to the 100,000). Even within Okinawa the imbalance was pronounced. The outlying island of Miyakojima (population: 55,000) recorded an August 2021 infection rate of 444.85 to the 100,000, one and a half times that for Okinawa prefecture as a whole and nearly double the national figure. As people were urged to stay at home, while US service personnel moved in and out of the prefecture freely, Okinawa’s incorporation in a base and tourism-dependent economy had the prefecture reeling

The International Olympic Committee awarded the Games to Japan at its Buenos Aires meeting in 2013 because of then prime minster Abe Shinzo’s assurance that the nuclear contamination brought on by the 2011 Fukushima tsunami/quake/meltdown had been resolved and everything was “under control.” That that was far from being so was plain even then and has become even more so since then as many thousands remain in exile from their homes or hometowns by persistent radioactivity from sunken reactor cores and as wastewater containing high toxic substances accumulates in a massive array of tanks in the vicinity of Fukushima. With storage capacity in those tanks now close to limit, the Government of Japan has decided to dump these polluted waters into the Pacific Ocean, commencing in 2022.

The government that assured the international community in 2013 that it had the Fukushima problem “under control” in 2021 offered similar assurances that the Games and Paralympic Games would be conducted in completely “safe and secure” mode.

Both claims lacked credibility. The Abe-Suga government (under Abe Shinzo from 2012 to 2020 and Suga Yoshihide from 2020) is shaken by scandal, careless of public criticism and demand, and half-heartedly incompetent in dealing with the pandemic. It therefore slides in the polls, falling by August 2021 to the below 30% level that is commonly seen as critical. Following a Yokohama city mayoral election in August in which an independent critic of government defeated a close associate of the Prime Minister by an extraordinary 180,000 votes, the government’s own pollsters report that, in the event of any election being held today the ruling Liberal-Democratic Party would haemorrhage seats and potentially lose government.5 In that event, the Olympic and Paralympic celebrations, initially expected to open the door to its electoral triumph, might do the opposite.