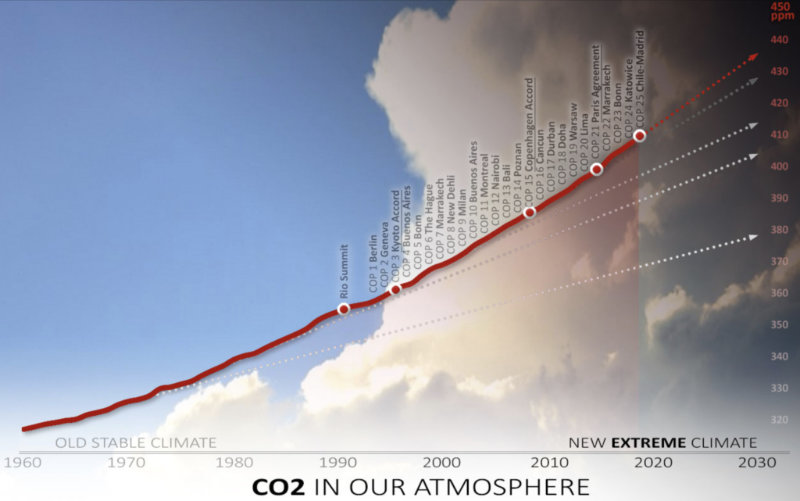 Food farming is an important source of air pollution, no matter how much the industry denies it. Urgent measures needed to ensure that the energy transition has the metals it needs. Thirty years of climate change diplomacy doesn’t seem to have achieved much.

We all know where air pollution comes from: burning coal in power stations and oil in vehicles, and the noxious chemicals produced by industrial factories. We also know that air pollution is very harmful to our health and that there’s nothing like getting into the country to flush out our lungs with some good, clean air. Well, hold your horses, there, for just a moment. It seems that agricultural processes associated with food production are also responsible for putting large amounts of fine particulate matter (PM2.5), oxides of nitrogen and sulphur, and precursors of ammonia into the atmosphere.

In fact, of deaths related to PM2.5, about a fifth are caused by agriculture. A study in the USA has examined this in more detail and found that 17,900 deaths per year were caused by agricultural air pollution, of which 15,900 (89%) were related to food production. 80% of these were attributable to animal-based foods and 20% to plant foods. Ammonia from livestock waste and fertilizers caused 69% of the deaths, and PM2.5 created by tillage, field burning and fuel combustion caused almost 30%. Looking at particular foods, beef (approximately 22% of the total deaths), pork (18%) and dairy (10%) are the largest generators of air pollution-related deaths.

Annual premature deaths caused by PM2.5 from food production that could be mitigated by various interventions. Yellow: consumer-oriented   Blue: producer-oriented   Green: both

The authors also calculated the potential of producer- and consumer-driven changes to reduce the number of deaths (and the illness and disability that precedes death) related to PM2.5. Effective nation-wide changes (see graph above) included dietary shifts (e.g. reduced calorie intake, substituting poultry for red meat and going vegetarian or vegan), reducing food waste occurring during production and distribution and in households, better management of fertilizer application and livestock waste, and reduced tillage and burning. These changes would also have advantages for global warming and land use. Needless to say, the US livestock industry rubbished the research …

… which is no surprise. Meat and dairy companies and livestock and agricultural lobbying groups in the USA have spent billions on political candidates and lobbying in the last twenty years – not quite as much as fossil fuel companies but in the same ballpark. Following the tactics of big tobacco and big oil, big livestock has consistently campaigned against action on climate change and created doubt about the evidence linking animal farming and global warming. Rubbishing the evidence and the researchers has a certain immoral logic if your business model and profits are currently dependent on generating vast amounts of greenhouse gases (14% of total global emissions) and you don’t want to change. For example, the projected emissions of Fonterra, a massive dairy company based in New Zealand, are greater than NZ’s total emissions budget to meet the Paris Agreement.

While a few large livestock companies have pledged to reach net zero emissions by 2050, their commitments are light on detail about what they are going to do, and ignore both methane emissions and supply chain emissions, most notably those associated with land use change to provide fodder and grazing. At the national level, only seven of sixteen countries where the largest livestock producers are based mention animal agriculture in their plans to deliver on the Paris Agreement.

There’s no doubt that a transition to renewable energy is infinitely more environmentally sustainable than dependence on fossil fuels. That said, producing the resources required for renewables technologies is not problem-free. Wind turbines, solar panels and electrical equipment, particularly vehicles, all require large quantities of minerals. For example:

The demand for these minerals is growing rapidly. For instance, to get on the net zero by 2050 track will require six times more mineral inputs in 2040 than today; the demand for lithium could increase 40-fold. However, the longer-term supply of many minerals is far from secure, reliable or sustainable, and many come from a small number of producers (see graph below). Three countries produce three-quarters of the global output of lithium (Australia dominant), cobalt (Congo) and rare-earth elements (China). China is also dominant in the processing of several minerals including copper, nickel, cobalt, lithium and the rare-earths. 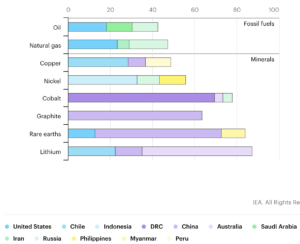 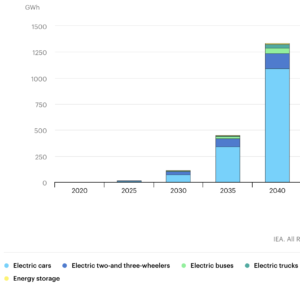 The International Energy Agency has made six recommendations to improve mineral security:

I’m sure that you’ve previously seen a graph like the one below charting the increasing level of CO2 in parts per million (ppm) in the atmosphere in recent decades. There are two bits of ‘value added’ that I like in this graph though. First, there’s the inclusion of the 1992 Rio Summit and the 25 annual COP meetings beginning in Berlin in 1995. Second, the white dotted lines show the decadal averages of atmospheric CO2 concentrations extrapolated to 2030. There’s a consistent pattern – the 2030 extrapolation figure gets higher with every passing decade. Not surprising really as in 1992 humanity pumped 22 gigatons of CO2 into the atmosphere annually and by 2018 this had increased to 37 gigatons. It isn’t obvious that all that globetrotting international diplomacy has achieved anything worthwhile in 30 years, is it?

Just as it seemed as though the government may be edging towards a verbal commitment to net zero CO2 emissions by 2050 (whatever they might say, I’ll find it difficult to believe they are genuine), Barnaby Joyce becomes Nats leader and Deputy Prime Minister again. It’ll be interesting, though probably not encouraging, to watch the government’s antics and linguistic contortions on net zero between now and the Glasgow COP meeting in November and our next federal election. The squirming was bad enough before Barnaby’s resurrection, as evidenced by Marissa Payne’s performance last Sunday (20 June) on ABC’s Insiders program (you need to scroll down quite a long way). Despite valiant efforts by David Speers to clarify the issue for viewers, Minister Payne resolutely refused to say what the government’s position is regarding net zero – no doubt wishing to avoid a painful backlash from the coal- and gas-loving Nats, the junior partner in the government. All she would tell DS is what the Prime Minister has said, and that’s clearly not synonymous with the government’s policy position. Scotty’s got some marketing work to do.

To finish, and to show that I’m not completely one-eyed when it comes to the origins of greenhouse gas emissions, another graph from the International Energy Agency report. It’s undeniable that, using current technologies and power sources, the mining and processing of the metals required for the transition to zero emissions societies is quite greenhouse gas intensive. But that raises a couple of points: 1) emissions will reduce as we actually move to 100% renewable energy, and 2) in the meantime, we should priorities activities such as this, i.e. that facilitate the transition, for the use of our remaining carbon budget, not fritter it away in a desperate search for the last dollar to be made out of a dying industry. 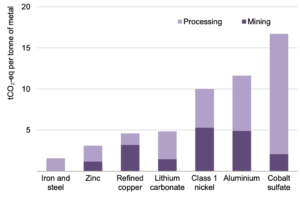