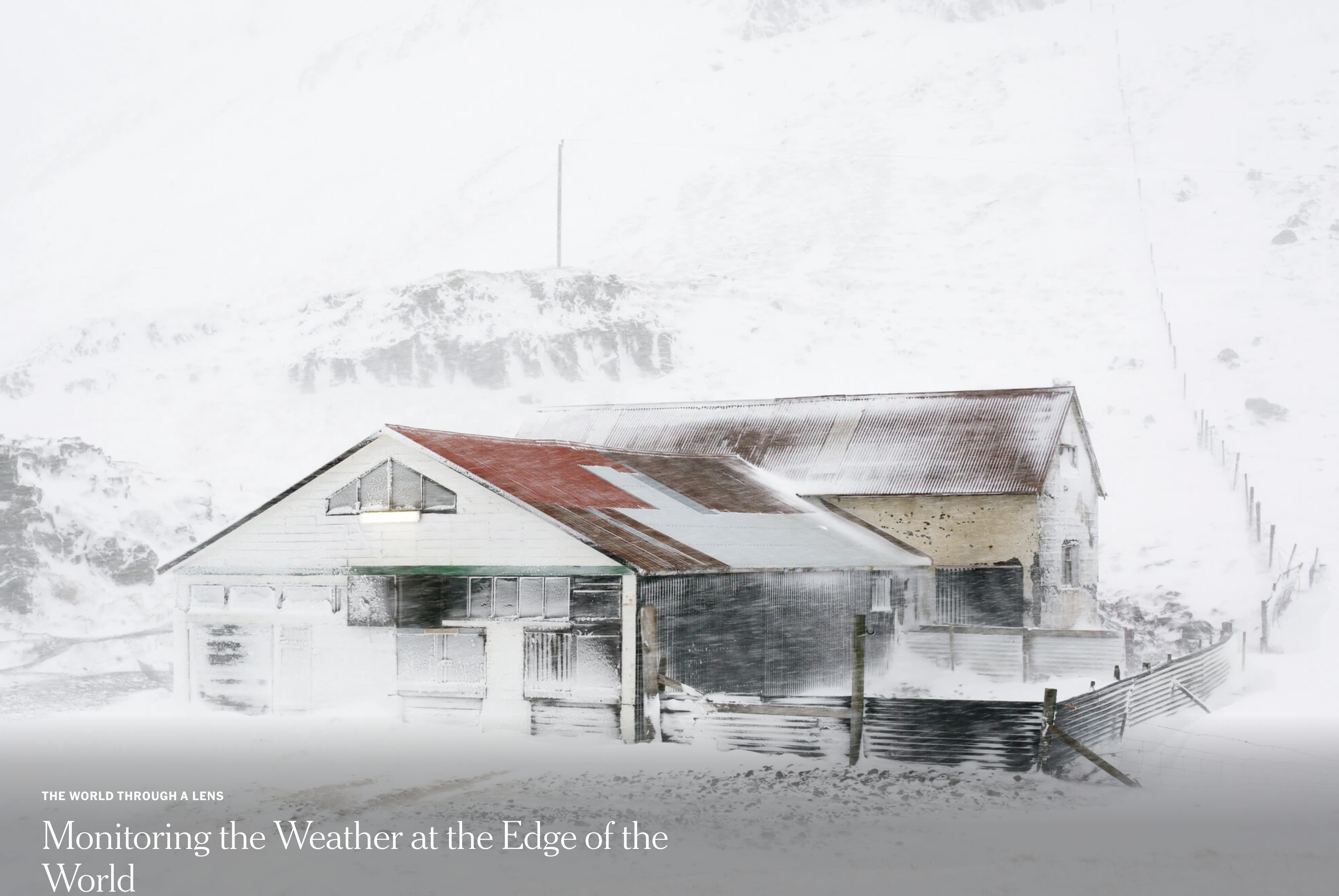 Marine algal blooms are increasing but not everywhere, while bottom trawling fishing releases vast amounts of CO2. Earth is trapping even more solar energy than expected: anthropogenic or meteorological? Whichever, every fraction of a degree of global warming wipes out another glacier. Lessons from wartime Canada.

There are about 5,000 species of marine microalgae, of which about 200 are known to produce toxins that can damage human health, the seafood we eat and local economies. According to received wisdom, the occurrence, toxicity and risks posed by harmful algal blooms in coastal waters have been increasing globally, driven, it is postulated, by climate change, pollution of the water with nutrients from agricultural run-off and aquaculture (eutrophication), ocean acidification and low oxygen content of the water. However, careful analysis of the data covering 1985-2018 demonstrated no overall global increase in blooms. The widespread perception of a global increase may be due to increased monitoring and awareness. What did emerge, though, were different trends in different regions, involving different organisms and different causes. For instance, there were increases in harmful blooms of certain species of microalgae in the Arctic Pacific, the north-eastern and west coasts of the USA, and south-eastern Australia; no change in frequency in the Philippines; and disappearances in Egypt. Regional variations are hardly surprising bearing in mind the large number and great variation of microalgae and the vastly different local conditions. The researchers call for improved data collection and better harmonisation of global data sets to improve the monitoring of blooms and better understand the relationship between specific species of microalgae, local conditions and blooms.

Strong evidence has emerged from two separate observational methods that the amount of solar energy trapped by Earth (Earth’s Energy Imbalance) doubled between 2005 and 2019. As a result, the Earth is warming more quickly than expected. We know that part of the change is caused by humans pumping more greenhouse gases into the atmosphere. This has two effects relevant here. First, greenhouse gases, including water vapour, reduce Earth’s outgoing infra-red radiation, so that more solar energy is retained by Earth and this causes global warming. Second, as global warming occurs, cloud cover decreases and this reduces the amount of incoming solar energy that is reflected back into space, which increases the amount of energy hitting the Earth’s surface in the first place. Warming also melts sea-ice which is highly reflective and replaces it with seawater which is dark and absorbs more solar energy. But it’s possible that cyclical variations in the climate have also had an effect during 2005-2019. For instance, there was a strong El Niño event from 2014-2016 and the Pacific Decadal Oscillation switched to a warm phase in 2014.

So, is the recently increased energy trapping and rate of warming temporary or the beginning of a longer trend? Is the cause of the increase mainly anthropogenic or meteorological? The jury is out (the researchers, being researchers, recommend more research, of course). All this might not matter too much if this were 1821 instead of 2021. But with global warming already exceeding 1oC, greenhouse gases emissions still very high, and several of the systems that control Earth’s climate getting close to tipping points that could trigger runaway ‘hothouse’ Earth, it doesn’t really matter what is causing the recent increased energy absorption. What matters is that humanity does everything it can as quickly as possible to reduce anthropogenic greenhouse gas emissions and hence reduce the energy imbalance and limit global warming. It’s unlikely that when the temperature increase hits 4oC the next generation will phlegmatically say, ‘Well, our parents had a plan in 2021 to let warming get to 2.5oC over the next 40 years and then bring it back to under 1.5oC by 2100 but, would you believe it, the Earth’s own systems stepped in and thwarted those plans. It’s not their fault that we are now doomed.’

Using great archival footage, the video contrasts the inspiring words of Canada’s wartime prime minister with Justin Trudeau’s contradictory climate change messages, and compares the whole-hearted efforts of Canada’s wartime citizenry with the present-day’s muted response to global warming. The video finishes with a vision of the future to help create common purpose and a call to arms: ‘It’s time to mobilise for the climate emergency’.

Great news, everyone … those resourceful researchers have discovered a previously unrecognised source of anthropogenic carbon dioxide. And for the icing on the cake, it’s massive, with annual CO2 emissions about the same as global aviation’s and bigger than Germany’s. ‘Tell us more’, the masses begged, ‘Who, what, where?’ It’s bottom trawling – dragging nets along the ocean floor to catch crustaceans and fish, a method particularly popular with the global-roaming fishing fleets of China, Russia, Italy, UK and Denmark. The ocean floor locks away immense stores of CO2 for long periods. These stores are released into the water as the fishing gear rumbles over the sea floor – over almost 5 million square kilometres of sea floor globally per year (that’s about two-thirds of Australia). The CO2 acidifies the water, threatens sea life such as deep-sea corals, and reduces the ocean’s capacity to absorb CO2 from the atmosphere. Bottom trawling is a very destructive practice that has long been known to destroy fish populations and reduce biodiversity, and is now known to contribute to climate change. To make matters worse, because it was an unknown source of CO2, it isn’t being measured, monitored and reduced as part of nations’ obligations to the Paris Agreement.

While it may still be technically possible to keep global warming under 1.5oC, you’d need to be the lovechild of Pollyanna Whittier and Professor Pangloss to think that we (that is, the 8 billion of us) will take and implement the decisions necessary to achieve this. Even staying under 2oC seems unlikely to me. That does not, however, mean that we should abandon the struggle and either retire to bed or burn, burn, burn like there’s no tomorrow. On the contrary, even if we overshoot the Paris Agreement’s temperature goals, the consequences for humanity and the environment will be better at 2.4oC than 2.5oC and better at 2.9oC than 3oC, a fact confirmed by a study of the almost 4,000 glaciers in the European Alps. The researchers modelled the changes that the glaciers would experience in 2100 at global warming levels of 1oC, 1.5oC and 2oC. At 1oC, the glaciers are projected to lose 44% of their 2020 ice volume (which is almost the same as the ice loss that is already locked in because of the current warming); at 1.5oC ice loss will be 68%; and at 2oC 81%. At 1oC of warming only 1500 glaciers will remain and at 2oC it will be only 700. By the end of the century the water run-off from the glaciers will decrease by 25-35% compared with current levels, with severe consequences for ecosystems and the generation of hydroelectricity. The authors conclude that ‘… we hope that the presented results will contribute in making the point that, when it comes to global climate, every half-degree counts.’ 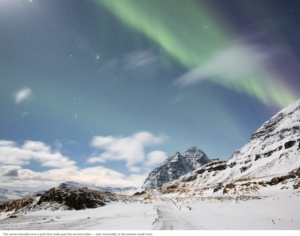 … but eastern Iceland looks a tad too chilly for me even if I did have the warm inner glow of performing a useful weather monitoring service, which Marsibil Erlendsdottir does on her farm. 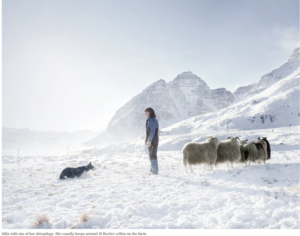