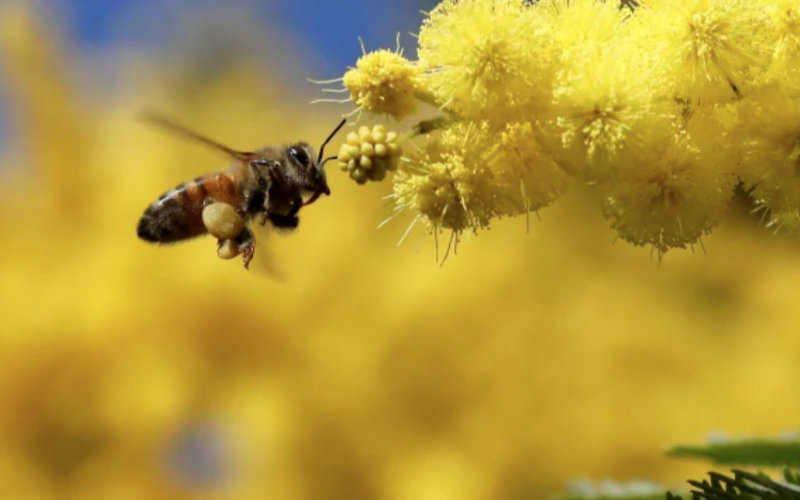 John Kerry predicts an ‘unlivable tomorrow’ if the Glasgow COP fails to deliver clear plans for the next decade, but are wealthy nations listening? Recommendations for speeding the transition to EVs and making electricity systems more resilient. Bees like blue.

John Kerry, President Biden’s Special Envoy for Climate, was in London on July 20 delivering a comprehensive appraisal of the climate challenge facing the world. His main message was that only urgent, global, cooperative action could save the world from an unliveable tomorrow. Echoing the words of the developing nations that I highlighted last week, Kerry called on the major economies to put forward clear plans at or before the Glasgow COP for the next, decisive, decade. Kerry’s talk is 40 minutes long so I have selected several quotations from it to provide a sense of the strength of his (and presumably Biden’s) convictions.

‘Nostalgia for what our parents’ generation accomplished is no antidote to [our children’s] anxiety and even anger at what our generation has so far failed to do. We adults who have a vote in legislatures or elections and multilateral institutions, seats in the Situation Room and the boardrooms — we must provide answers that are tangible – not theoretical. And above all, we need to provide action and action now. Because time is running out.

We really must focus on capping warming at 1.5 degrees Celsius. Much more warming than that, and life on our planet will become increasingly unrecognizable. That prospect of an unlivable tomorrow should be as alarming as it is sobering as we take stock of the world we are living in today.

It’s a world where whole countries would be destabilized from stalled economic growth, hunger and starvation, escalating conflict over resources, and people would be forced to abandon their homes. It’s also a world in which we ultimately spend so much money and effort just coping with disasters that we no longer invest in tomorrow. It undermines everything we have been fighting for. And no country, rich or poor, will be spared. We have a narrow window to avoid that future.

Simply put: the world needs to cut emissions by at least 45% by 2030 to be on a credible path to net zero by midcentury. That’s what the IPCC showed us. 45% – and not just in some countries or some regions, but the world. They found that 45% is the minimum the world must reduce.

That makes this a decisive decade. And it makes 2021 a decisive year. And most of all, it must make COP 26 in Glasgow this year a pivotal moment for the world to come together to meet and master the climate challenge.

How alarming it is that as we race to Glasgow, some countries are currently still building new, carbon-polluting coal plants, clear-cutting more trees and continuing to illegally cut down the rainforest. They’re removing the lungs of the world, destroying irreplaceable biodiversity, and destabilizing the climate – all at the same time.

At or before COP26, we need to see the major economies put forward – not just ambitious 2030 targets, but clear plans for how they will get there over the next decade. By 2023, we need those same economies to put out road maps for how they will achieve net zero emissions by 2050. Commitments must be backed by concrete national action plans, policies, and measures.

We can – and must – achieve this together – especially knowing the triumph or tragedy of the two alternative worlds that await our choices. I believe we will get to the low carbon economy we urgently need. But without greater urgency and effort, it is not clear we will get there in time.’

As if to illustrate Kerry’s points, a New York Times article chronicles, with dramatic photos, some recent extreme weather events in wealthy countries, Russia and China. Richard Betts, a British climate scientist, has a clear message, ‘We’ve got to adapt to the change we’ve already baked into the system and also avoid further change by reducing our emissions, by reducing our influence on the climate’. However, the NYT journalist notes that this message hasn’t sunk in among policymakers and the public in the developed world which maintains a sense of invulnerability. Combine that with governments’ aversion to justifying massive infrastructure spending on projects that will be completed and providing benefits after they have left office and the result is a failure to prevent and prepare for catastrophic weather events. 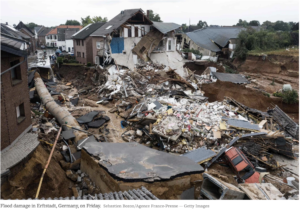 The Grattan Institute strongly favours putting a price on carbon to reduce emissions across the whole of society. However, the Institute considers this to be a political dead duck in Australia. So it’s examining what can be done to reduce emissions in various sectors of the economy. They have started with transport which currently produces about 100 million tonnes of emissions per year (about 18% of Australia’s total), an amount that isn’t expected to change much by 2030 as things currently stand. The Institute’s best bet is to cut emissions in the light vehicle fleet, responsible for about 60% of the transport emissions, by switching to zero-emissions vehicles, mainly battery-electric vehicles (EVs). But technology and the market alone won’t deliver zero emissions vehicles quickly enough. The nation’s vehicle fleet is replaced over about 20 years, so petrol driven vehicles sold in 2030 will still be on the roads in 2050, pumping out carbon dioxide and other pollutants. Grattan recommends government action to hasten the transition:

Heatwaves and cold snaps have a two-fold effect on energy systems: 1) they increase the use of cooling and heating systems in homes, schools, hospitals, commercial premises etc. and hence increase the demand for electricity, and 2) they reduce the efficiency of power plants, even take them offline altogether, and damage the poles and wires of the distribution grid, a situation that can be made worse if there are also strong winds. When the electricity system fails, so do vital systems: health, transport, water, sewage, retail, etc. Fatih Birol, the Executive Director of the recently born-again International Energy Agency, recommends seven actions for increasing the resilience of electricity systems:

The best our government can manage is to criticise its own experts for saying that Australia’s grid can be ready for 100% renewable energy by 2025 and squawk about it being irresponsible to commit to any targets or action on climate change until they can tell Australians what the cost will be in dollars and jobs. If Morrison and his parrots read Kerry and the NYT they might consider the irresponsibility of pursuing their current inept policies without knowing the cost in dollars and jobs to Australians.

Want to be kind to bees and encourage them to come into your garden? Plant lots of flowering plants. Include plants that flower in winter and try to have at least four colours in flower all the time, one of which should be blue/purple. Bees love blue. And let a few herbs and veggies, and even weeds, go to flower.