Sunday environmental round up, 17 January 2021

Some good and some bad news about climate change from 2020, with a focus on the rapidly warming Arctic. Different starting points and scopes for two plans to keep warming under 1.5oC but their strategies share many commonalities. Three-quarters of Australia’s threatened species are plants and their numbers are declining. Some heart-warming and some heart stopping wildlife photos.

During 2020 a few things became clearer about climate change, some good, some bad:

The report highlights the effects of these changes on Arctic wildlife and the lifestyles of Indigenous communities. It also identifies how connected the Arctic is to the rest of the Earth with, for instance, warm winter waters contributing to the Siberian heatwave and wildfires (including ‘zombie fires’) and changes in the Arctic affecting even the Antarctic. The conclusion is stark: ‘As the past 15 years of ARCs have vividly demonstrated, the Arctic of yesterday is different from today, and the Arctic of today is not predictive of tomorrow. […] the story is unambiguous: the transformation of the Arctic to a warmer, less frozen, and biologically changed region is well underway.’

There are countless plans published by academics, think tanks, NGOs etc. for achieving net zero emissions and/or keeping global warming under 1.5oC or something similar. Two recent ones demonstrate quite different approaches to the problem.

The Sustainable Development Solutions Network, with which Jeffrey Sachs is heavily involved, has released America’s Zero Carbon Action Plan which is focused on, well … America (i.e. the USA) and decarbonisation. The plan aims to ‘promote efforts to limit global warming to 1.5oC [by laying out] a strategy for putting Americans back to work building a vibrant 21st century U.S. economy based on advanced technologies, good jobs, clean energy, climate safety, and economic security’. The clean energy economy will cost only 0.4% of GDP in 2050. The plan is written to appeal to Americans: innovation, government leadership, private sector participation, the creative spirit of the American people, economic opportunity for all. The plan includes continued use of nuclear power and increasing use of carbon capture and storage. In fairness, there is also emphasis on a just transition for affected communities and the USA helping to lead the world towards decarbonisation. But basically it’s the alternative ‘Make America Great Again’ plan.

Taking a completely different tack, Germany’s Heinrich Boll Foundation has prepared A Societal Transformation for Staying Below 1.5oC. While the immediate focus is on 1.5oC, the report takes it as given that this cannot be achieved without concurrently tackling the many other social and ecological global crises. In particular, the report challenges the reliance in most other plans on continued global economic growth until 2100, which is ‘difficult to reconcile with ambitious climate goals – certainly when currently considering the closing window still left for limiting global warming to 1.5oC’. Consequently, the central plank is that the countries of the global north will de-growth their economies (producing and consuming less), countries of the global south will increase their consumption, and wealth and income will be drastically redistributed. A socio-ecological transformation is the focus rather than dangerous and/or currently unavailable technological solutions (so, nuclear power will be phased out, no carbon capture and storage technology, no geoengineering). Fulfilling human needs, solidarity, decelerating life and achieving a good life are prerequisites whether or not they directly contribute to achieving the 1.5oC goal.

Notwithstanding the different foci and priorities of the two plans, their recommended strategies are a remarkably similar mix of ‘no-regret’ options based around power (renewable energy and electrification), transportation, buildings, industry, land use (sustainable forests and agriculture), food consumption, materials (reduced waste), government financing and regulation, and R&D. There is little to indicate that the proposed actions will be sufficient on their own or will be implemented quickly enough to keep warming under 1.5oC but they will at least contribute to achieving this goal.

Not surprisingly, animals such as platypuses, koalas, Tasmanian Devils, Swift Parrots, Night Parrots and bilbies get most of the attention and sympathy when it comes to Australia’s threatened species. But many of our plants are also threatened. In fact, almost three-quarters of Australia’s 1800 threatened species are plants; some threatened orchids have fewer than ten specimens surviving in the wild. The newly developed Australian Threatened Plant Index is monitoring how 112 threatened plants are faring across almost 600 sites. Unfortunately, the results are not encouraging. Between 1995 and 2017, although the numbers of a few individual species increased, all plant types monitored (e.g., trees, shrubs, herbs and orchids) suffered 65-75% declines in numbers. In a little bit of good news, slightly less bad news really, declines at managed sites were less than declines at unmanaged sites. If you’d like to get involved, the Threatened Species Recovery Hub that collates the Index is keen to enlist the help of individuals and community groups.

To finish the first round up of 2021, twenty-four amazing wildlife photos. Some tender, some violent – but only in a doing-what-comes-naturally sense. 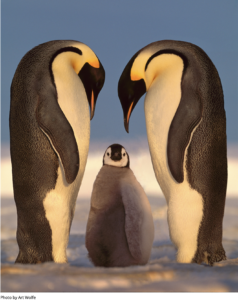 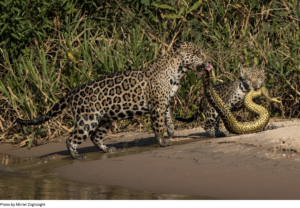